In our last post, we discussed fitting an aftermarket speedometer. At the end of that post, 95% of the wires were in, but we still didn’t have a readout from the speedometer itself.

Our first port of call was to simply wire up the speed sensor, in keeping with the acewell video here

This didn’t work, so, we used a spare speed sensor, wired it up and rotated the sensor: 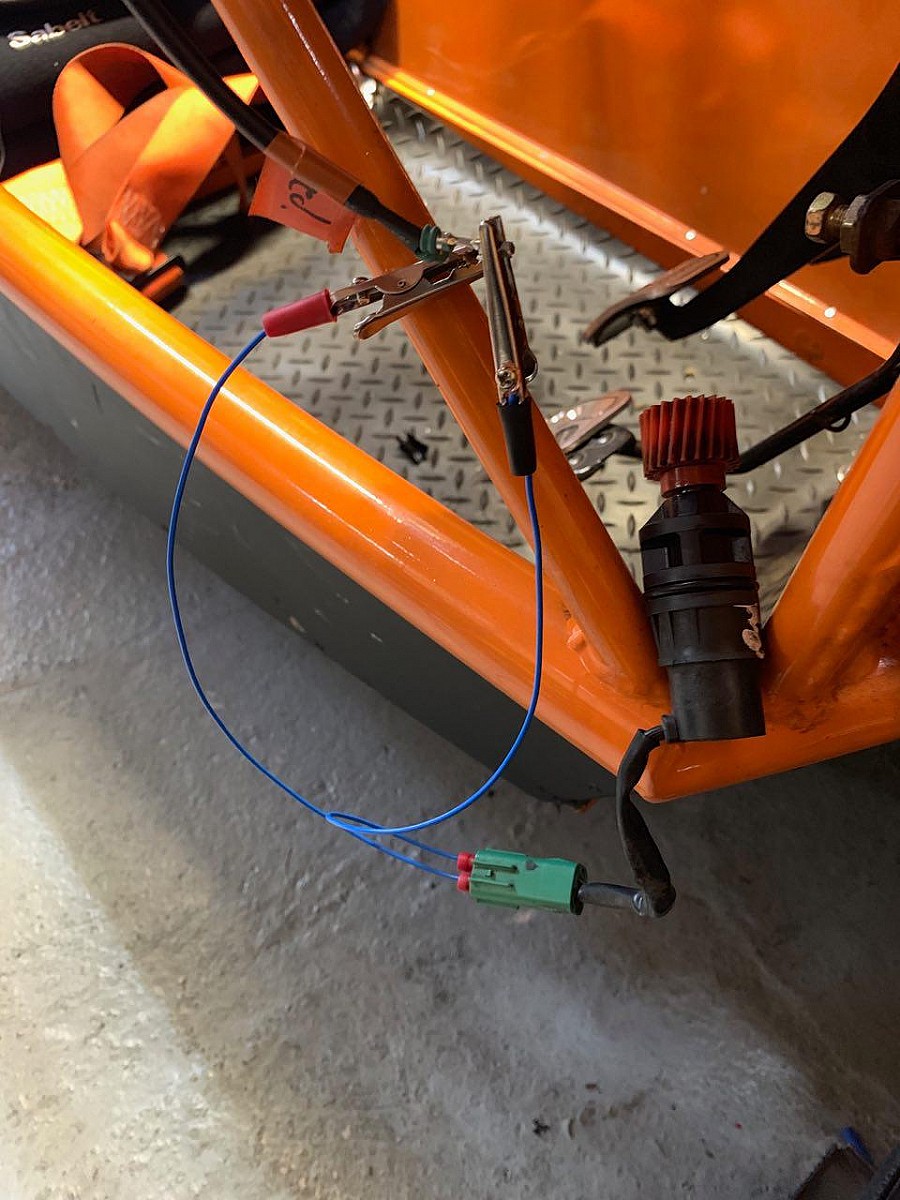 This gave us a speed reading on the spare sensor, but the sensor in the car didn’t do anything.

So, then we wired both speed sensors up to a multimeter. 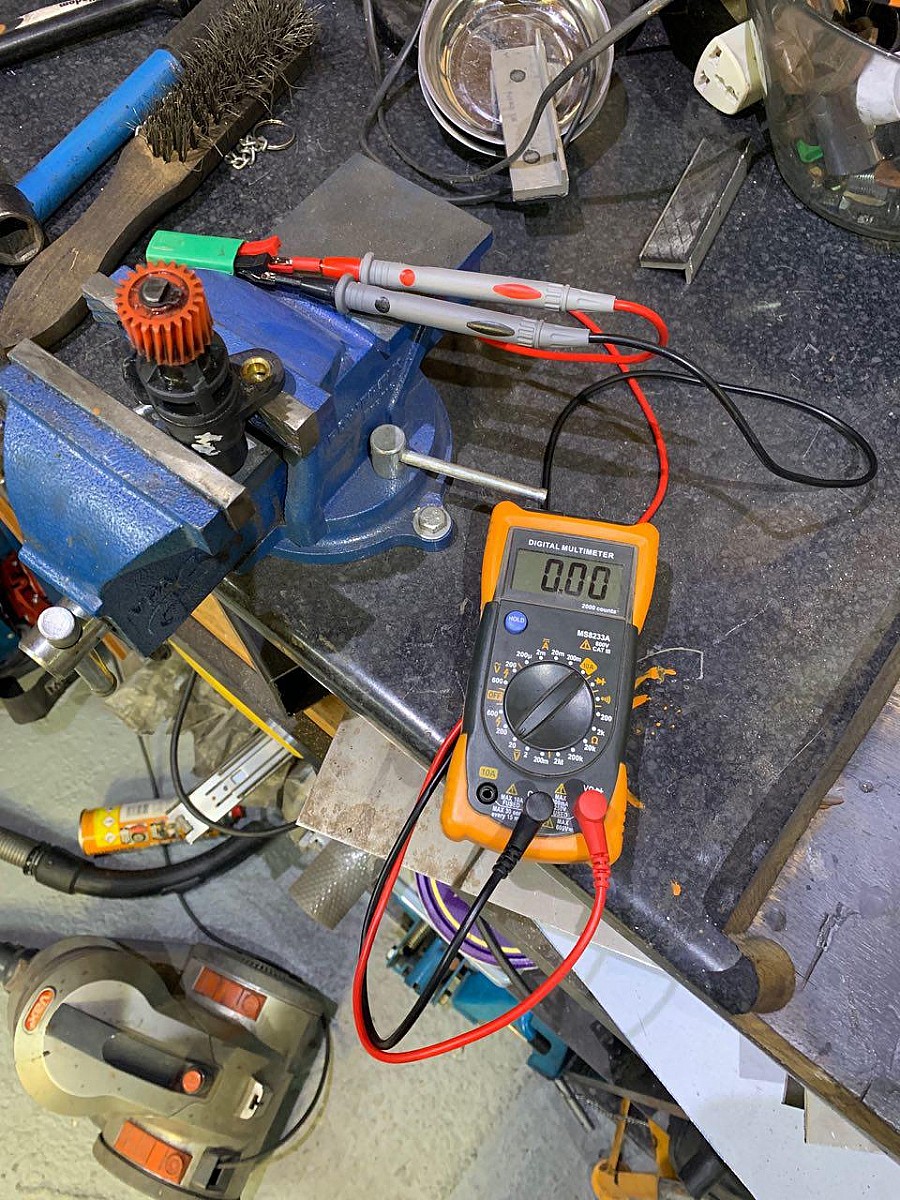 And we got very different readings from both.

So, what the hell?

Well, different speedometers work in different ways. The Acewell unit can understand multiple types, you just need to tell it which one you have. Out of the box the device comes with a magnet which you connect to the wheel, and a small reader. You tell the device the circumference of the wheel, and it then knows that every time the wheel rotates, you went the circumference of the wheel. It knows that if the wheel rotates say, 10 times, and the circumference is 1 meter, you went 10meter. It can multiply this to calculate the distance in Miles per Hour, by timing how long it takes between rotations. (Speed = Distance x Time) .

Older MX5’s have a cable drive speedometer, literally a long metal spring running from the gearbox to the instrument cluster that turns the dial directly. You can buy an adapter specially for this, but the principle is the same, it knows that each rotation of the metal spring is the wheels turning once.

Ermy however has an electronic gearbox mounted speedo, known as a “variable-reluctance sensor arranged in a cylindrical package” (Or so someone on the internet called it) Variable reluctance sensors are a wire wound around a permanent magnet (pole) similar to a DC motor. The plus side of them is that they do not require external power and only have two wires coming out. They have two metals on the outer core and as the core spins, one material creates more current, the other makes less current, making a smooth up and down peak of power. Almost On/Off, making pulses. Multiple pulses can happen each time the wheels turn.

The fast you go, the faster the pulses.

Obviously the MX5 knew what these meant. We now need to tell the Acewell unit what these pulses mean. It should be noted that various MX5’s have different speed sensors, denoted by the colour of the teeth/gears on the end. The more, or less teeth it has, the more pulses it will make, and whilst the Acewell can read all of them, it needs to know what sensor it has.

Strangely we have two sensors, one worked first time, the other required us to change the settings on the unit. On the Acewell unit, you have a choice of HALL or rEEd. HALL type is for Acewell’s unique sensors only, rEEd type is for reed sensors, gear sensors and signals from ECU.

We have a gear sensor, so if we set it to rEEd sensor, the readout works.

We still don’t know why one sensor which had the same colour tip and seemed to be identical gave a read-out and the other didn’t. But here we go….

If the initial readout of the speed sensor it incorrect, you can adjust the sensitivity on the unit. To do this you first set the outer Circumference of your wheel. 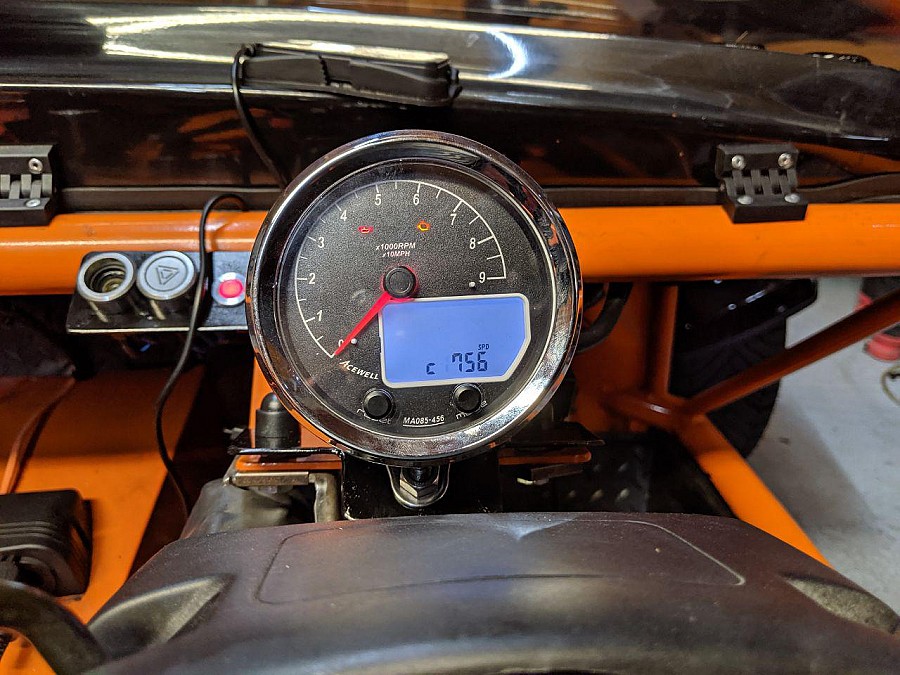 We then tell the speedo how many pulses there will be for each revolution of the wheel. 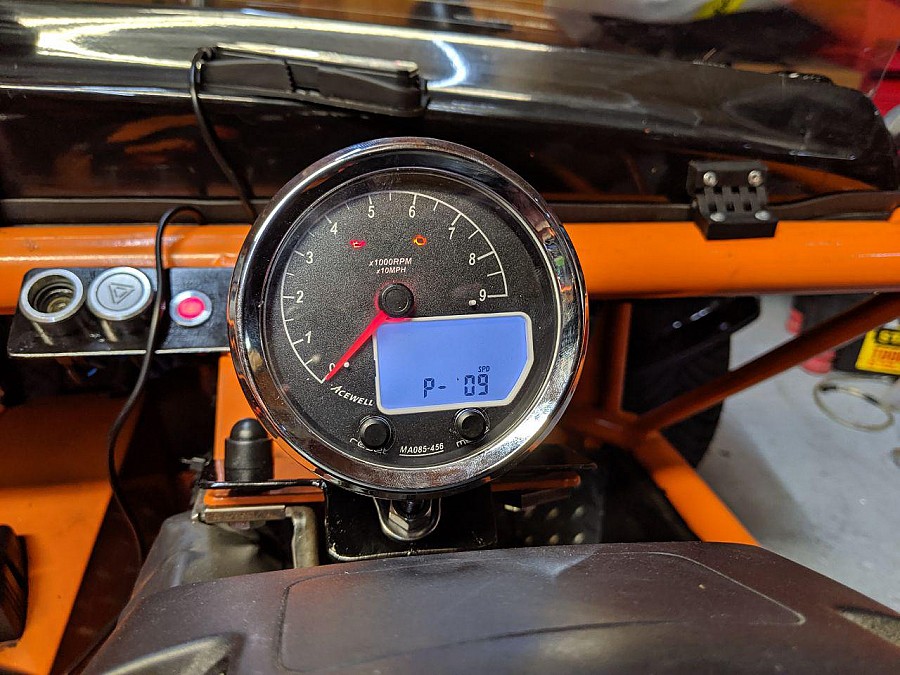 To test this, Ermi has gained a GPS powered HUD. (I brought this expecting it to be awful. It wasn’t too bad, so she might get this permanently) 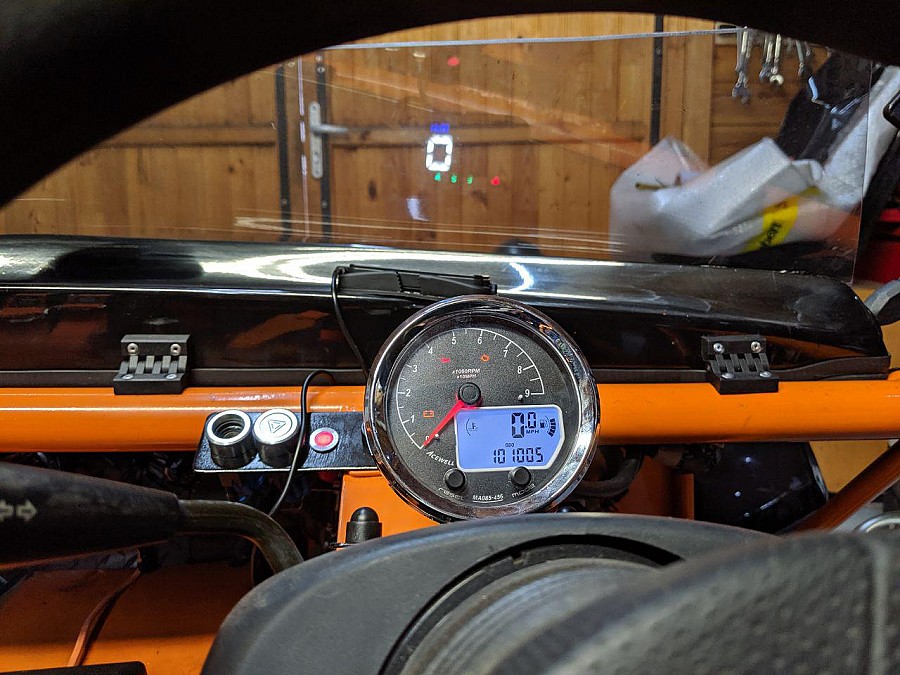 Once we had this setup, we took Ermy her for a steady drive and adjusted the pulse rate until the speedo read correctly. In our case, this was 9 pulses.

So there we have it, we have a speedo now!