When we last posted we were in the middle of supercharging Ermy; whilst not buying a kit. As summer is here and she is on the road, we thought we’d keep her that way for some summer fun. With the supercharger install requiring a full blown removal of the inlet, replacement of the injectors and then a professional tune, we decided not to do this just yet and to enjoy the sun.

So, what have we done since? Well, first off, we’ve replaced the brakes from our Mk2 Donor with some from a Mk 2.5 with the Big Brake kit. 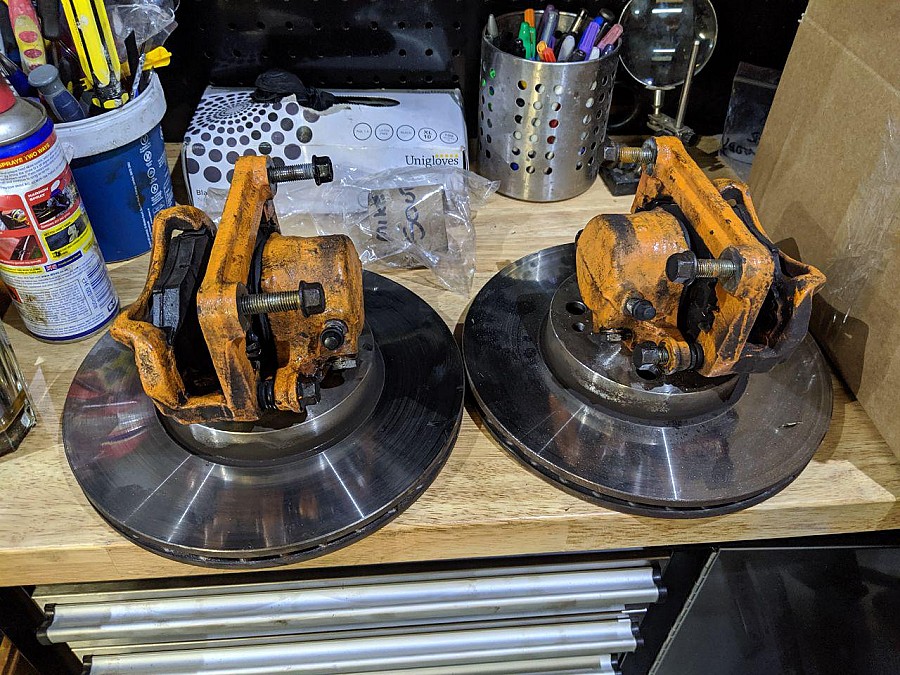 This changed our disk and piston sizes as follows:

Im not sure why the rear disks are now bigger than the front, but the pads and pistons are smaller. 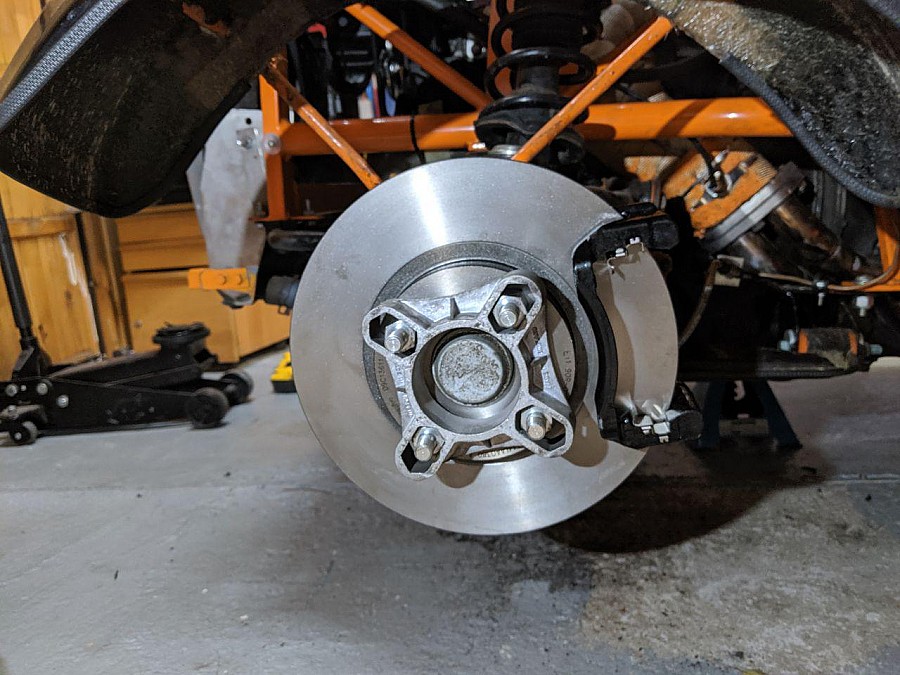 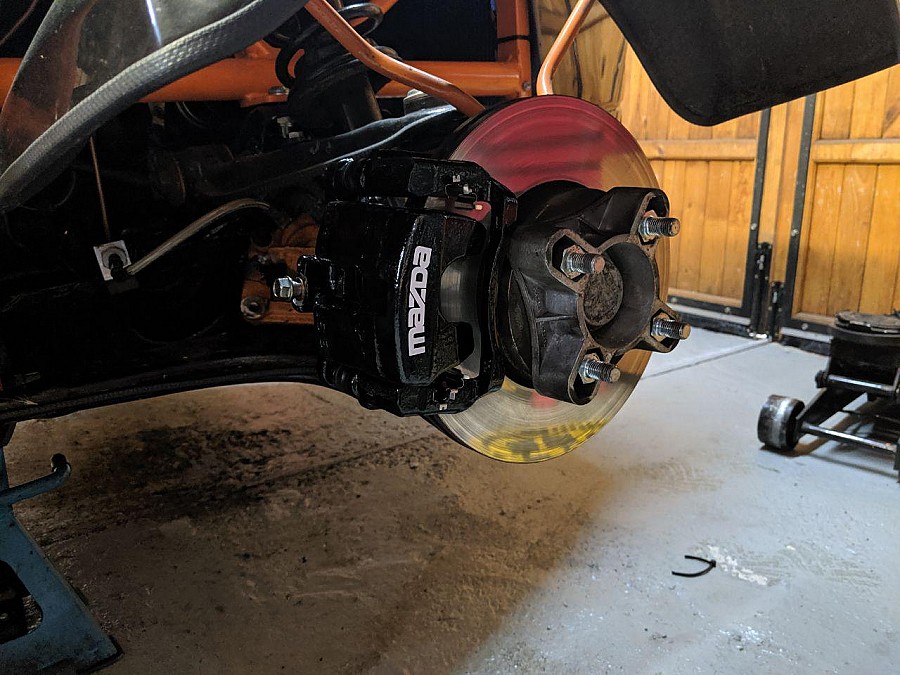 We have covered calliper rebuilds before, but last time we were able to purchase pistons which contained replacement internals. These internals operate the handbrake and ensure that as the brake pads wear, you don’t increase the amount you need to pull the handbrake. 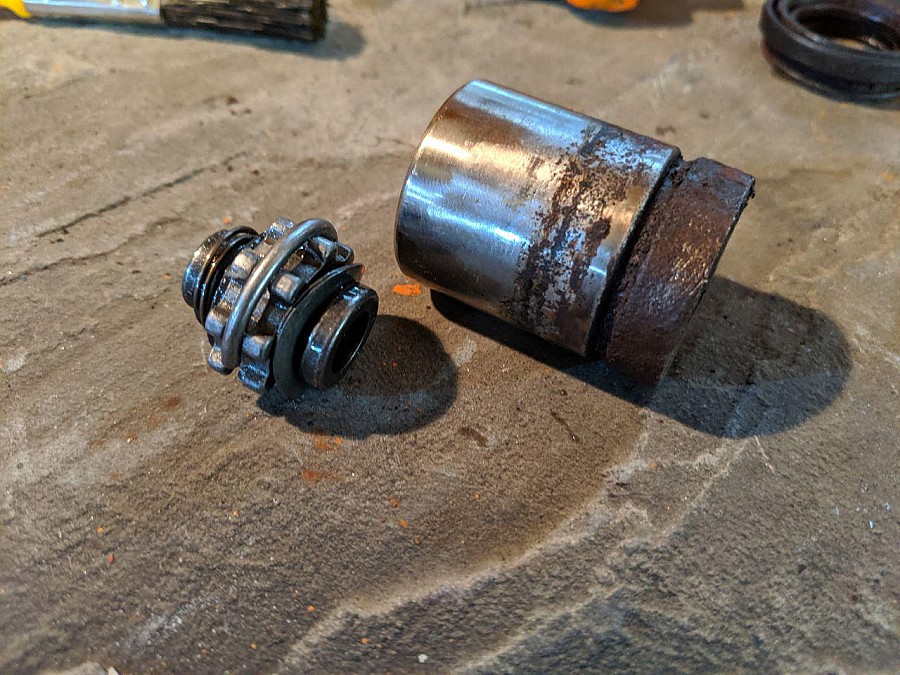 This internal mechanism is held in place with a C clip, and then a lot of force. To remove the internals, remove the C Clip from inside the piston and place a bolt into the internals, place it all in a vice….. 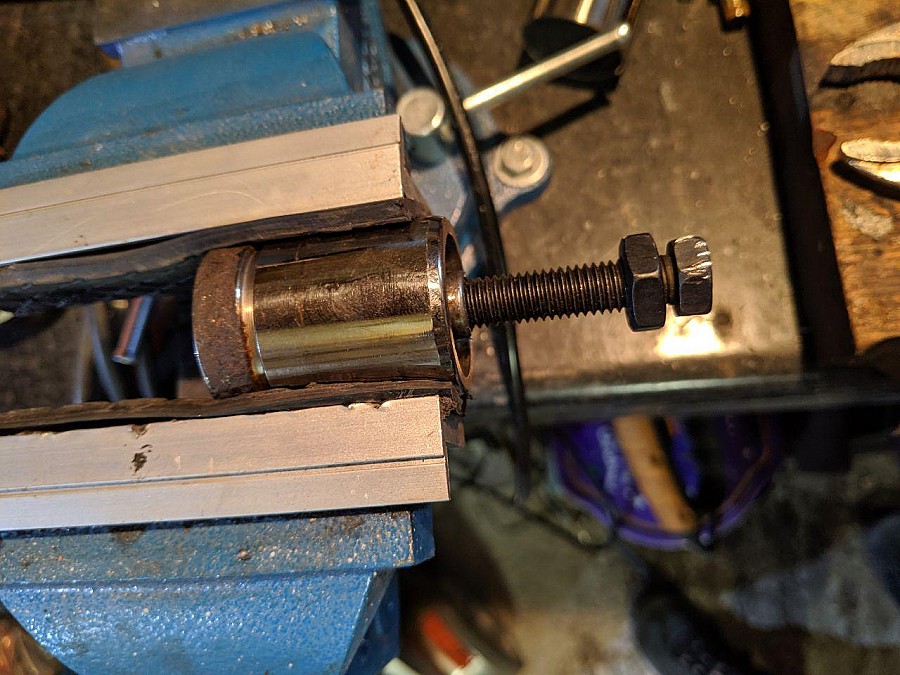 And then whack/pull the bolt somehow. A puller would no doubt be ideal, personally I used some mole grips/Locking pliers and a hammer. 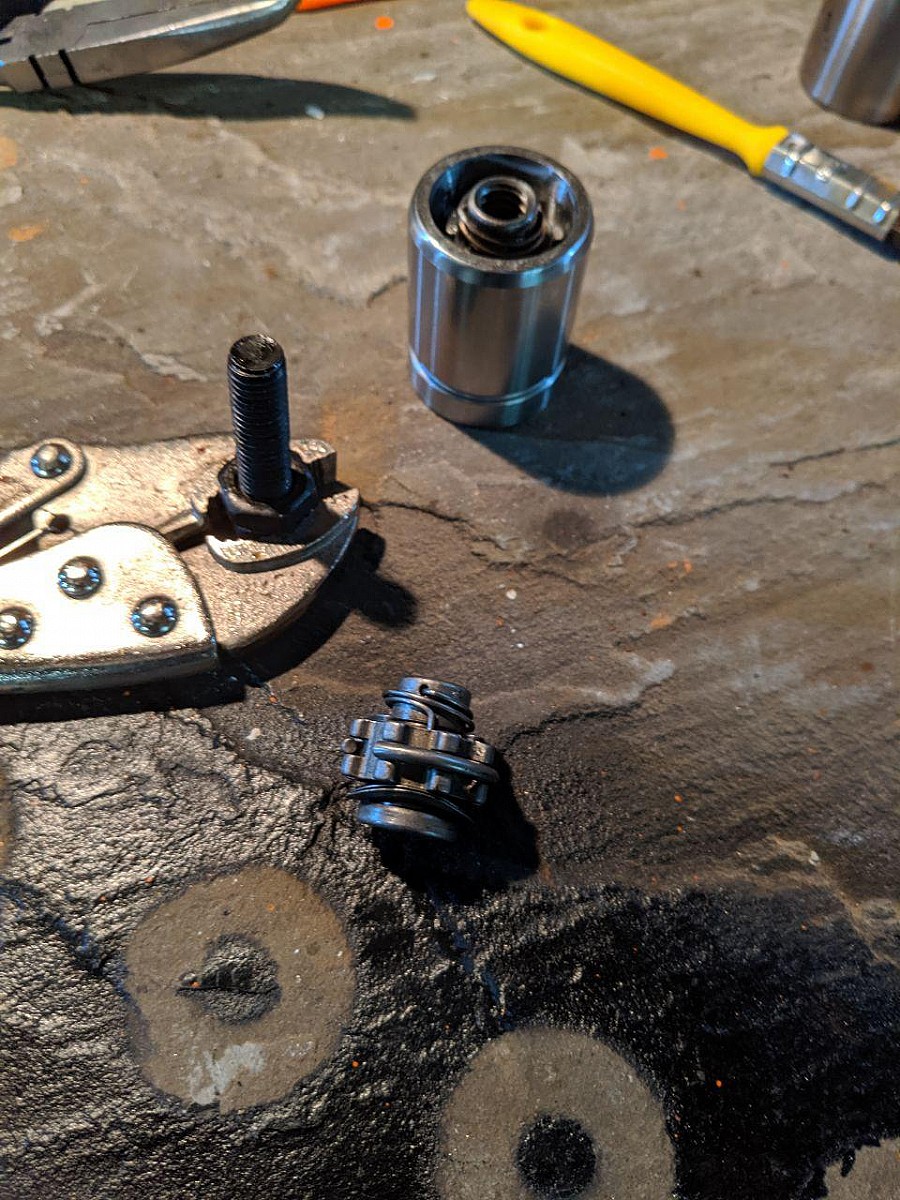 Beyond the refurbishment, the callipers are a direct swap into the Mk2, so long as you have the bigger Mk2.5 carriers. These hold the calliper further away from the upright and make space for the bigger disks. Be careful when purchasing the callipers, as new ones from places like Euro Car Parts don’t include them and used ones often don’t include them either, meaning you need to buy replacements or buy after market spacers/adapter plates.

Bigger callipers need more space. (Duh) We have 14” Enkei rims which aren’t really big enough, plus one of the alloys is slightly warped and as a result the rim rubs against the calliper. So too does a weight inside of the wheel which was installed to balance it. So if you are going Bigger Brakes, you probably want 15” rims as a minimum.

Any extra braking performance? Hard to tell. I changed the rears and then drove the car a few times before I did the front, and the back would lock up before the fronts. So, they probably had a bit more bite. You could also possibly buy EBC Red stuff pads these days and get the same performance upgrade.

We also noticed one issue with our original build. The fly screen hits the instrument pod when we have the bonnet open all the way. Plus, to be honest, the old surround was a bit unsightly. It was made out of fibre glass and designed to hold the existing instrument binnacle but also keep it waterproof. It worked, but it was hardly sexy.

Bring on a Digital Dash. 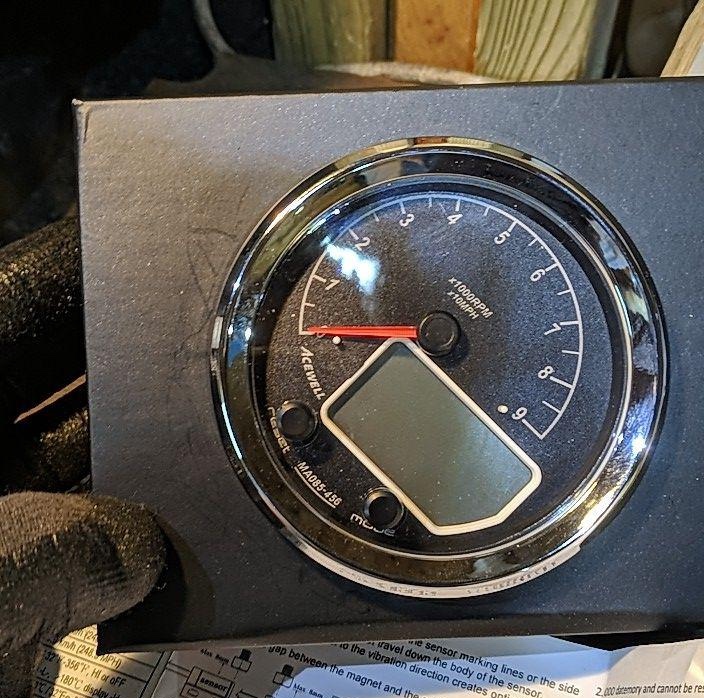 The Acewell series of Digital Speedo’s are designed ostensibly for motorbikes, where space is at a premium. In theory it compress everything we need, Speedo, Rev counter, indicators, fuel and headlamps etc into one place.

We chose the Acewell because the Speedo is “plug and play” directly into the MX5 Speed sensor without needing to install an after market GPS speedo or magnetic wheel sensor.

Thats the theory at least. The wiring loom for the Acewell is bare wires, so you need to splice connectors or hardwire it in. I couldn’t find a direct plug to connect it, but 2.5mm space connectors worked as a test fit. Secondly, the Acewell unit can pickup temperature from the ECU. 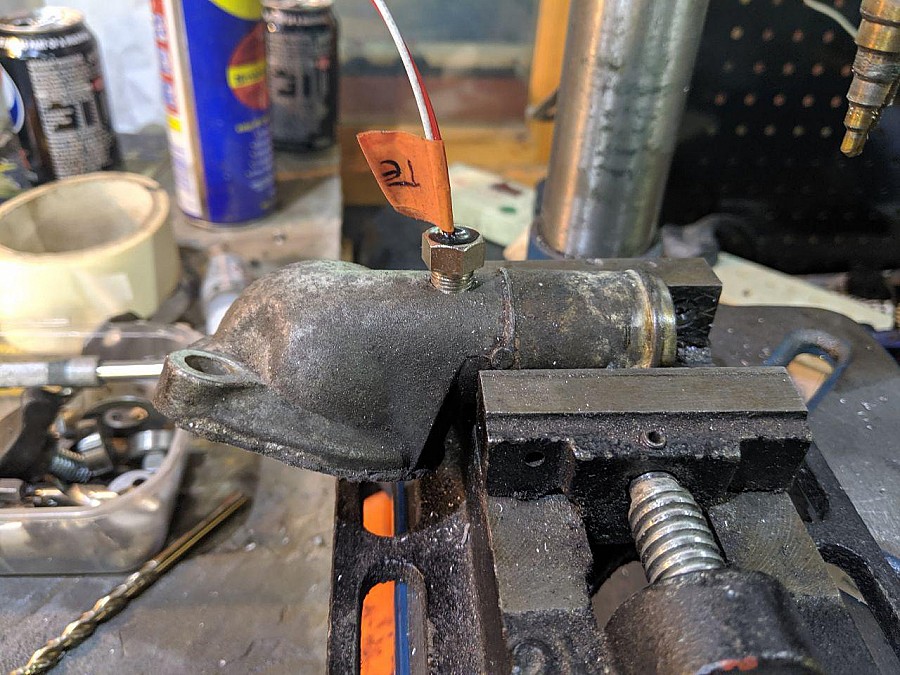 Instead it is supplied with its own water/engine-temperature sensor: 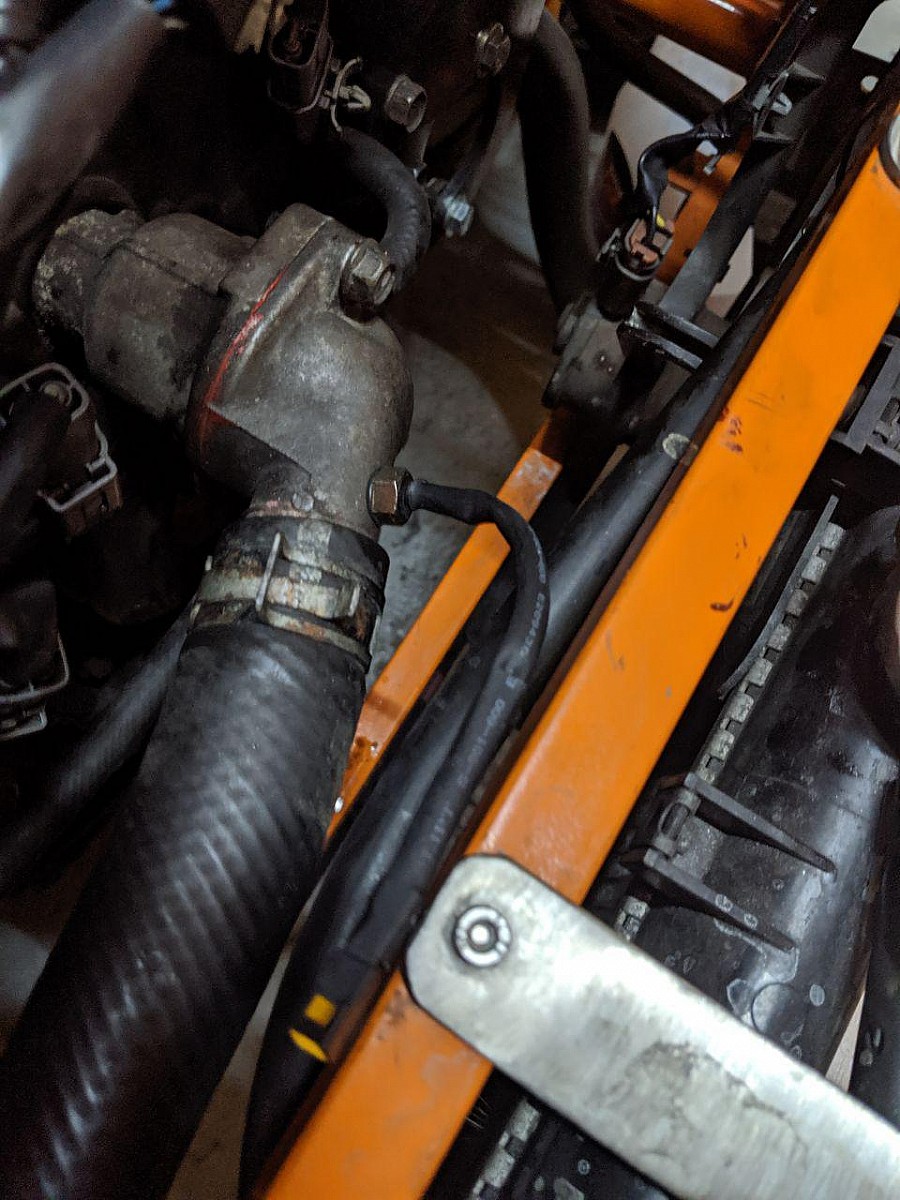 Which can be installed anywhere that the coolant is circulating. We have chosen to go through the front radiator pipe for now. The threat is (Oddly) a 1/8 BSP thread, but the bolt on the top is 12mm. A hole, thread and some PTFE tape did the job here.

It should be noted that the Acewell instructions aren’t great for a first timer (Read, this took me a long time). So here are the things I wish I knew: 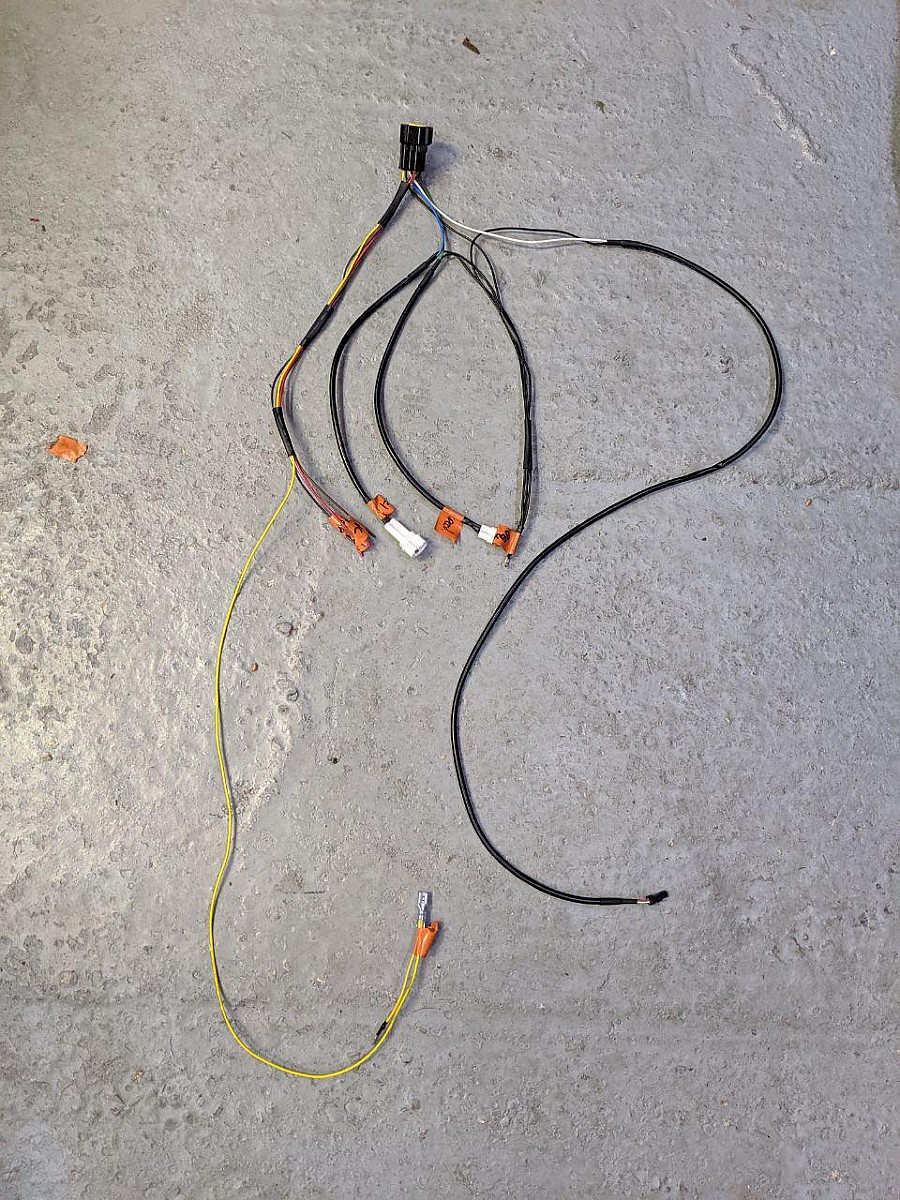 According to videos by Acewell on Youtube, the two wire MX5 speed sensor should be connected straight into the green/black wires on the new cluster. Similarly the wiring diagram for the MX5 suggests that the speedo is not connected via the ECU, it is two direct wires from the speed sender on the gearbox straight into the back of the instrument cluster.

During our test fits, we didn’t manage to get this to work. We connected a multimeter to the connectors, jacked the car up and engaged first gear, but we got no reading out of the connectors. This may be because the car wasn’t going fast enough, an issue with the wiring or…. we don’t know. A spare speed sensor has been ordered for the purposes of science (Results next week) In the meantime, a basic GPS dash speedo has been purchased. 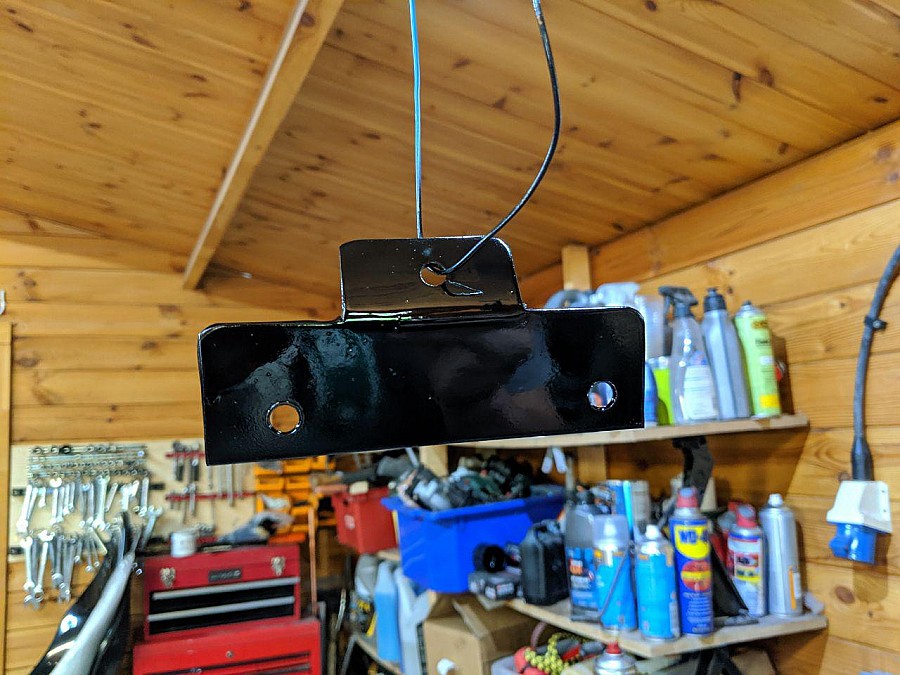 A small bracket has been made to attach to the steering column. This will also likely get an upgrade when the handbrake warning light arrives and needs to be mounted.