The MX5, like any car has a lot of connectors. Individual components do not connect directly into the wiring loom, instead they have little plastic connectors that can be unplugged and removed individually. Unfortunately with many of these connectors it is not immediately obvious as to how they come apart. Small spring clips need to be compressed, sometimes with more hands than you have and in some cases it is not even clear which plug will come away.

As we take Ermy and Car-Daver apart we aim to provide some helpful photos of how to detach the various connectors. In some cases we broke them, but hey at least we learnt from it! 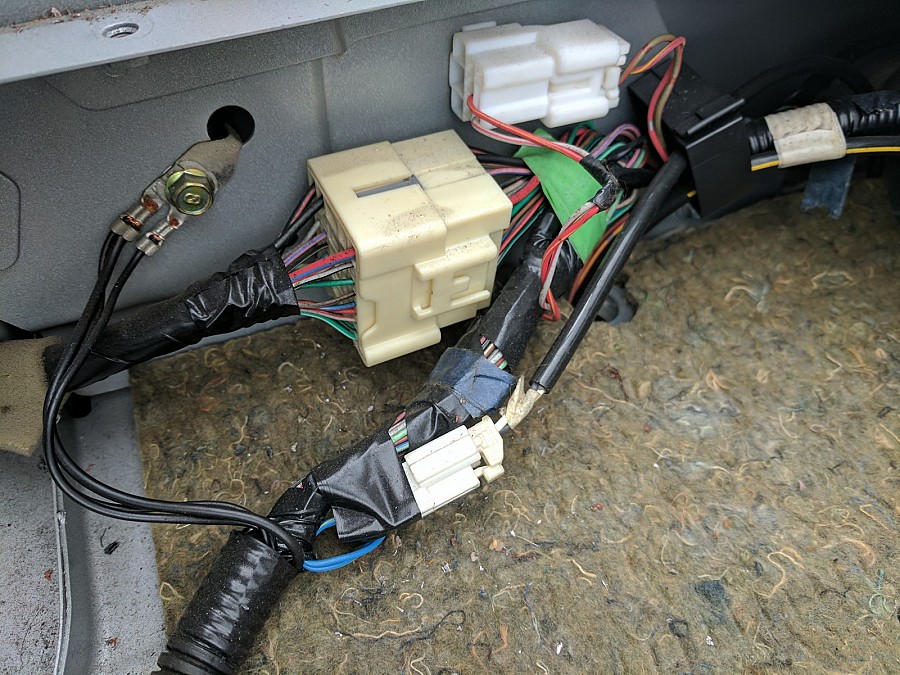 These fairly chunky blocks have a central pin which sits between the two parts of the connectors. You need to pull this pin out to detach the two parts. 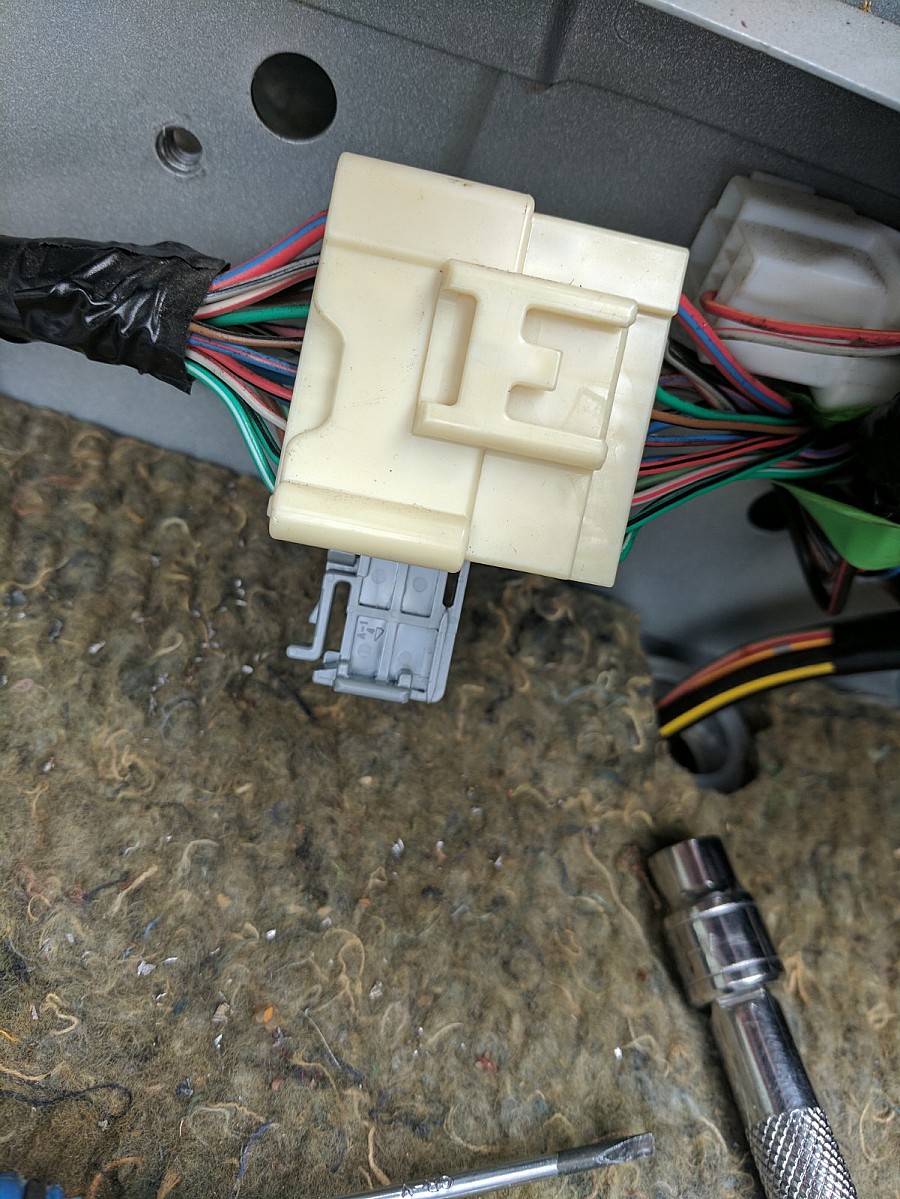 From the top down, the spring clip will be a small square piece about 3mm by 3mm which juts out from the rest of the pin. You can push in with a finger, or a flat bladed screwdriver. The central pin will then be released and will slide by pulling it away from the block. 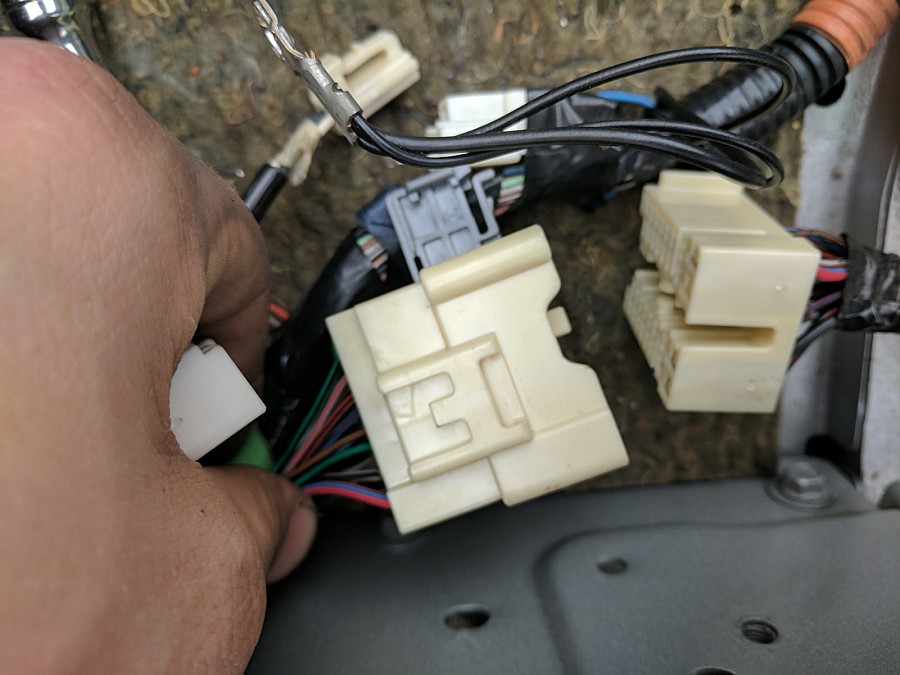 Once the pin is out, when you are holding the cables, the blocks will then slide apart.