Car-Daver might from the outside seem like a car that is “too nice” to turn into a project car and a lot of people do wonder why on earth we would rip apart such a nice vehicle. Looking at her on the drive, she does look pretty good. 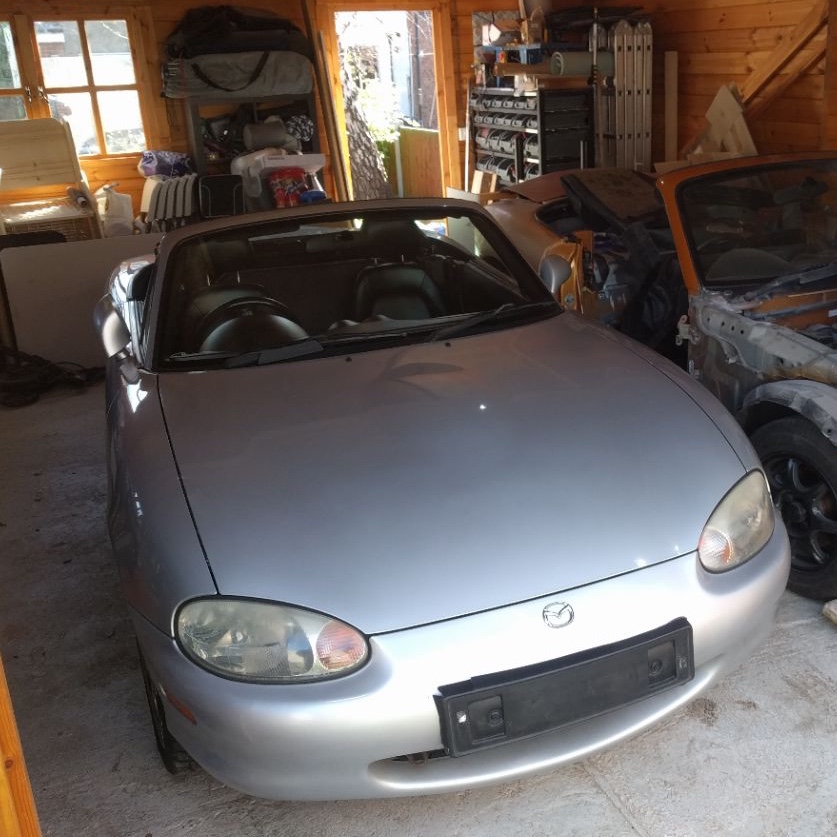 So why are we stripping it?

It took a long time to get and it was a little bit outside of our budget. We had been searching Ebay, AutoTrader and GumTree for a sub £1,000 car where the sills were blown, with lowish miles and enough parts that we could nab for Ermy. I won 2 on eBay, one for £650 where I hit Buy It Now just 2 hours after it was listed.

A day later, the seller contacted me saying it was sold elsewhere. We had a lot of this, cancelled auctions or the cars having been sold already, or people not willing to take a deposit to hold a car until the weekend. It seems if you see an MX5, you have to get in there as they just get snapped up so fast.

We eventually found Car-Daver, a local sale which we could go and see with all of the parts that we wanted. It was on eBay, with a week left to go so we messaged the seller to ask if we could go see it Syd, the seller was a bit of a car nut (Understatement of the century; he had a full 8 car garage with double ramps and 3 fully restored Mini’s in his back garden) and was happy to part with Car-Daver, as long as he could arrange the removal of a custom plate. Fortunately this meant that he was also agreeable to delivering it for us a week later.

Car-Daver had a lovely interior, a good solid roof, runs well and was generally alright… but the rest of her is rotten. Its not just the sills, anywhere where the metalwork is sandwiched together there is rust. 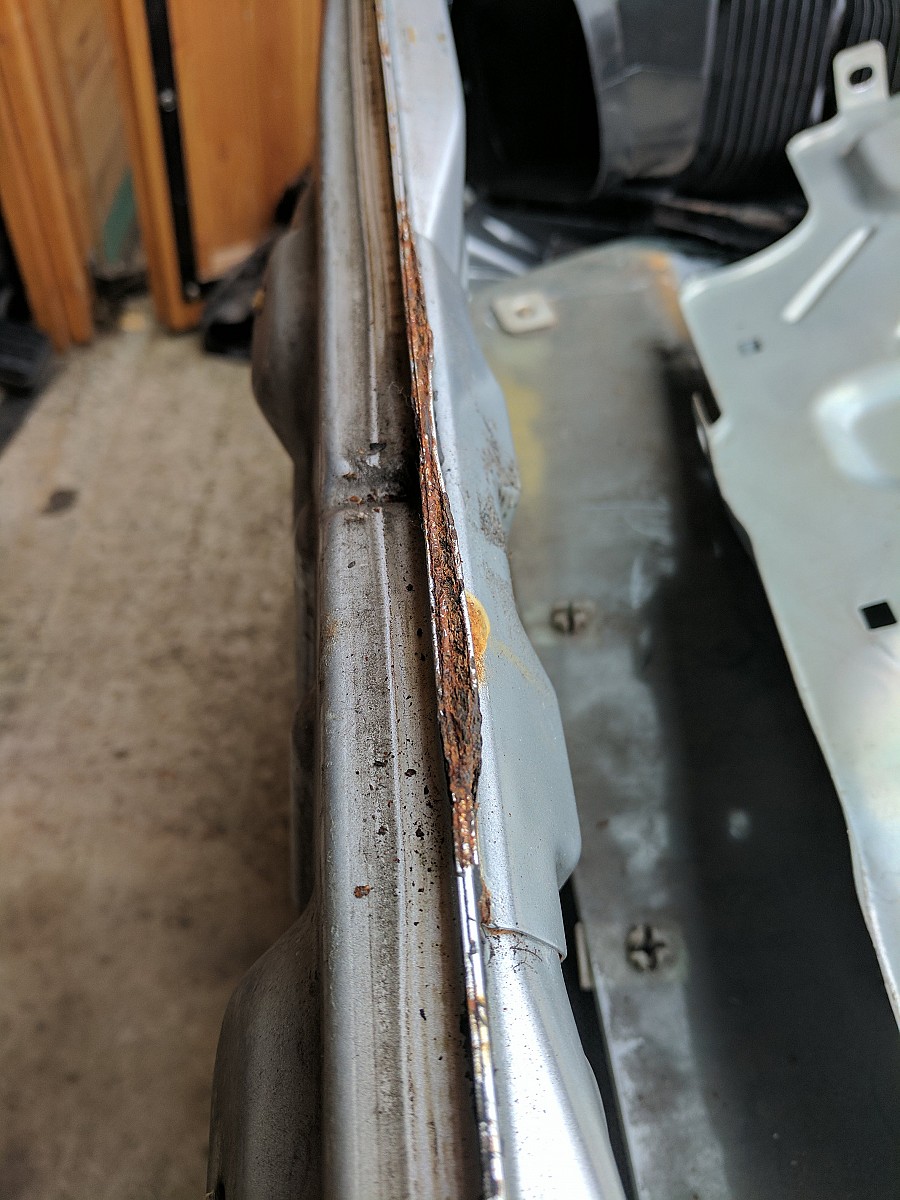 The boot is rotten, the arches are gone and even at the base of the roof there is a layer of rust. Given we intend to remove and dispose of the tub, this made Car-Daver the perfect doner car.

We are slowly discovering that much of her bodywork is also not as pristine as she looked. We have certainly managed to make some of the money back, and if we assume that we would have spent £2-300 on leather seats alone, we are not doing so bad.