“There is an exemption zone of 127 mm around the steering wheel. Anything in this zone is exempt from the inspection.”

Okay, naive of us for sure, but the IVA “Help to get a pass” guide did make us think that the rediusing requirements might not apply to the areas around a steering wheel. So those solid metal spokes we had would be fine right?

Well, in theory yes. But we forgot S14 of the IVA guide, Protective Steering, which then says “Any part of the steering control directed towards the driver which is contactable with a sphere of 165mm diameter must have a radius of curvature of at least 2.5mm”

In short, if your face can smash into it, it needs to be round. Which is worrying because we have race harnesses and if those have allowed your face to smash into the steering wheel your day has gone really rather wrong. I suppose you dont want to compound this by butting your face on the sharp edges of the steering wheel. So, ignore the exempt zone bit, read where the guide says “Bare metal spokes are allowed as long as they conform to the edge radius requirements” . So this wheel with the exposed, unradiused spokes and the solid horn is out. 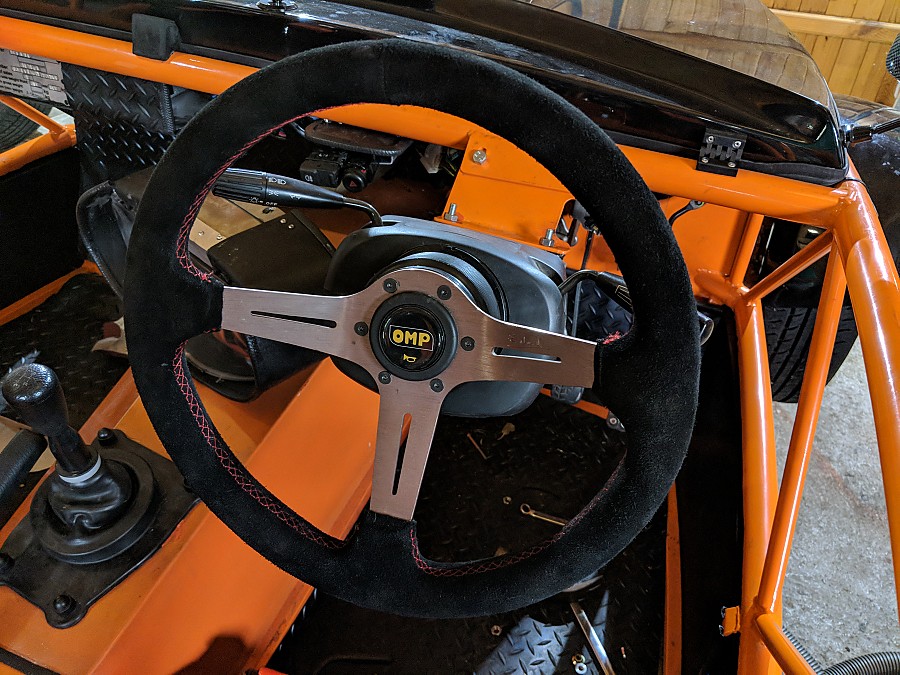 So, things you need to know about the steering wheel itself: 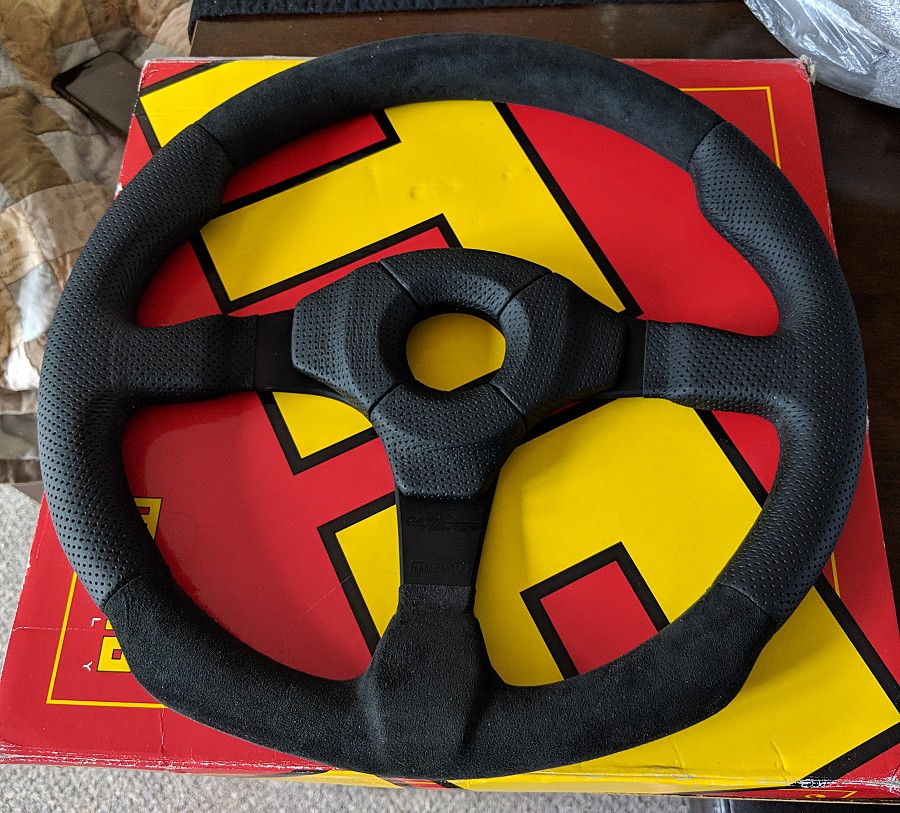 Momo do some lovely wheels with padded centre covers that fit over the horn and cover everything up nicely, this one is the Momo Dark Fighter.

Next up. in S 14 of the guide is the requirement that the column be able to collapse in such a way as to not impale the driver.

This is taken straight from the IVA guide: 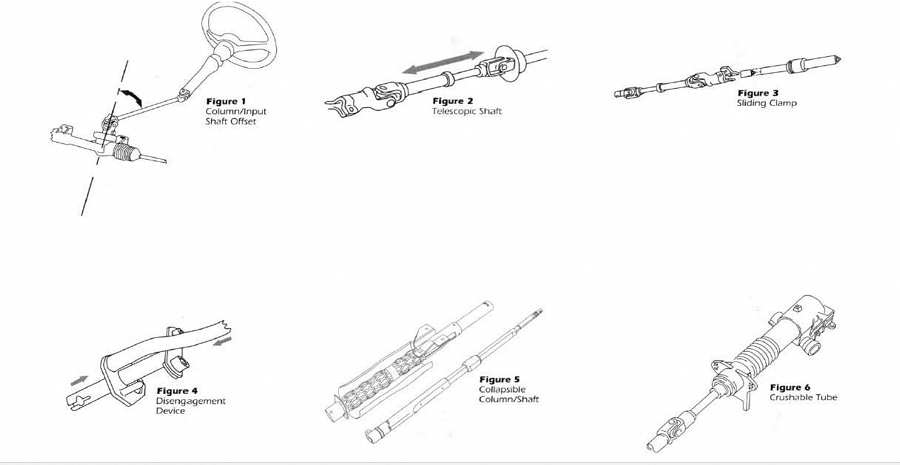 In the MX5, you already have a collapsable steering column and as long as you haven’t messed with that too much should still pass muster.

However, “Messed with” might also include adding an after market steering wheel boss or fitting a bad steering wheel. To fit most aftermarket wheels, you need to fit a Boss which takes the spline/shaft and single bolt and turns it into a 6 bolt affair seen on the after market wheels. Some of these (Cheap eBay ones for boy racers) are just solid metal and wont deform and are a bad idea.

As indeed are all of the quick removal bosses, as these are made of very solid metal. 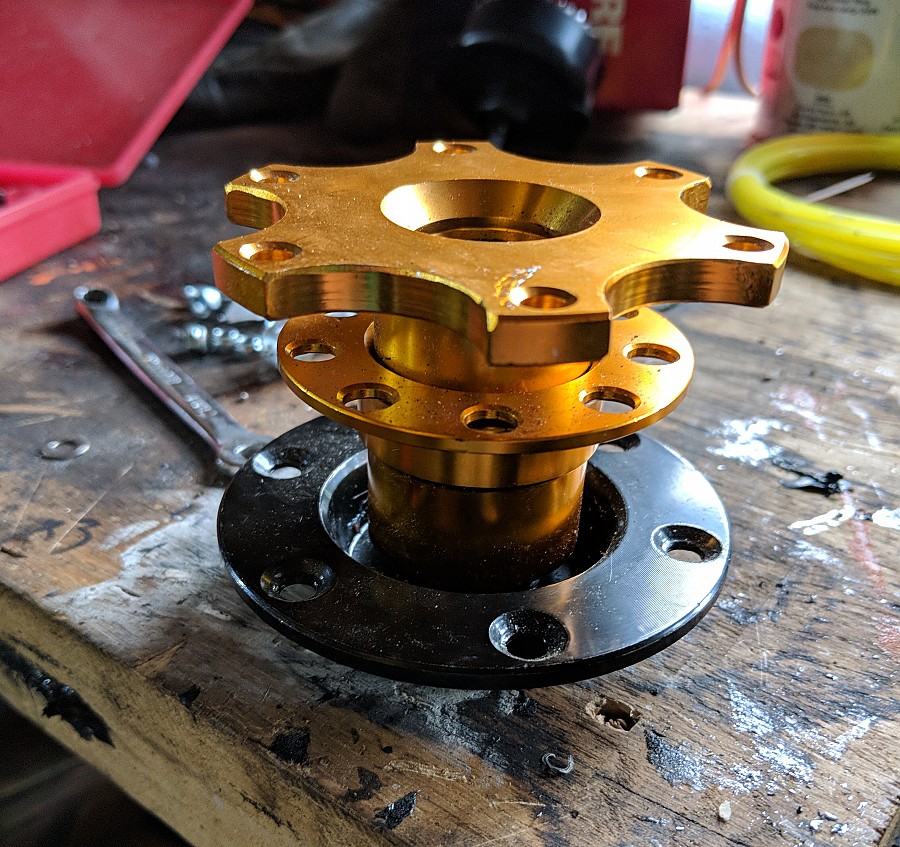 Collapsable bosses are available, like this delightful little one from Momo and add an extra collapse point, which wont hurt matters. 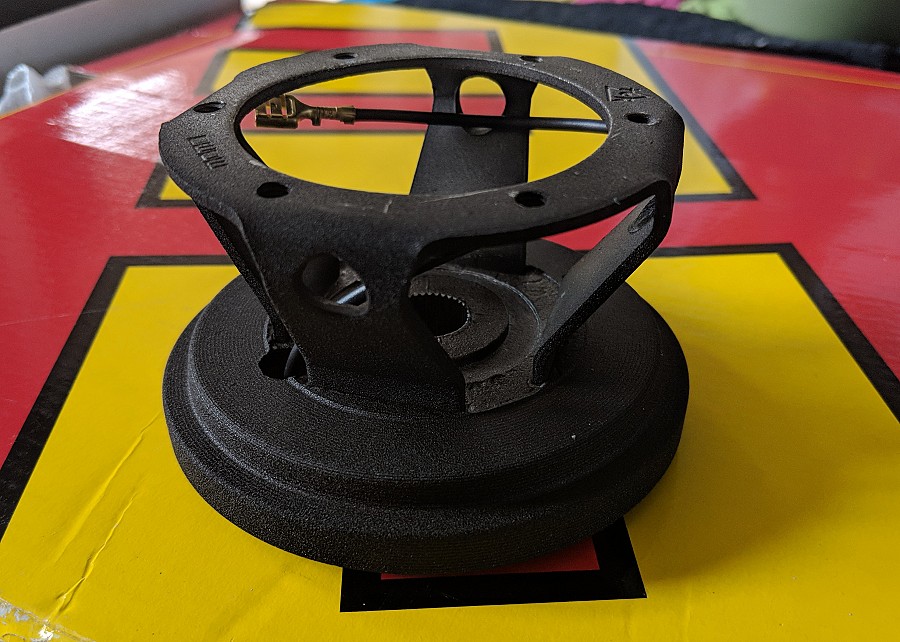 Overall the guide looks contradictory, so take some time to read this carefully. Cheap by racer parts are bad, so dont bother with them and, for the IVA at least you really do need substance over style.