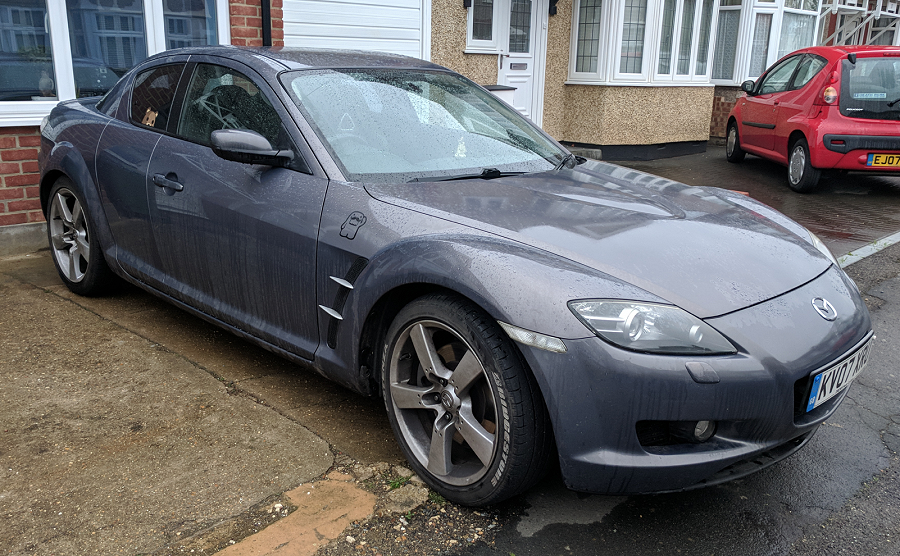 I have always wanted an RX8, just because that engine is so special. These days you can pick them up for £1000 with about 60,000 miles on the clock, for good reason. Whilst the bodywork s usually sound (Unlike the MX5), the electrical’s are robust and the interiors seem to last well and styling wise, they still look modern even though the design is over 10 years old. The Wankel engine however has a fundamental flaw, the owner. Mazda engines are usually very robust, but the Renesis engine in the RX8 requires a little more care and attention than most people can realistically commit to, including oil checks and potentially top-ups ever 2 tanks of fuel. They also take a specific oil, a 5W/30, which Mazda recommend is replaced every 6 months, along with the oil filter. (Though, some rotary engine specialists disagree on the spec of the oil - http://www.essexrotaryspecialists.com/technical/oil/ this may have something to do with differenced in oil grades worldwide. What is always agreed on, is dont use a synthetic oil)

Short journeys can also limit engine life, if the engine does not get up to temperature. The also burns far more fuel when it first starts and if you turn it off before the engine heats up and starts to burn fuel efficiently, you risk a flooded engine on restart. This burns off the protective oil, meaning the engine is un-lubricated on start.

Oil is important in any engine of course, the issue is that in the Wankel engine the rotating triangle has only the very tips of its structure to form a seal, so when the tips wear out, even slightly, the engine can no longer achieve compression. If the oil has any grit or dirt in it, the tips will be worn down faster, and as the engine expands under load, you get the notorious “RX8 Hot start” issue, in which when the car is hot, the engine wont start.

So thats why you can buy a lowish mileage 10 year old car, with a full Bose sound system and heated seats and a clean MOT, for £1,000. 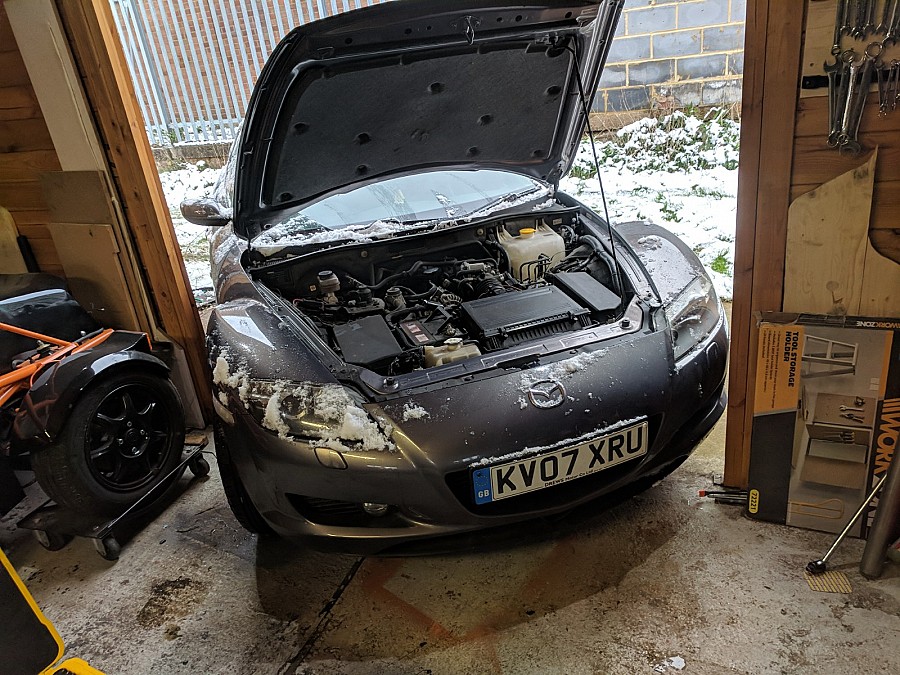 The worst thing you could do therefore is buy an RX8 from someone who hasn’t even realised the engine is different and has neglected it.

Mine was purchased from a friend who had looked after it (Sort of). But I still decided it needed a full going over, because if I dont maintain it I might have to endure the cost and time of a full engine rebuild (£7-900 in parts alone and many hours of spanner time to remove the engine) 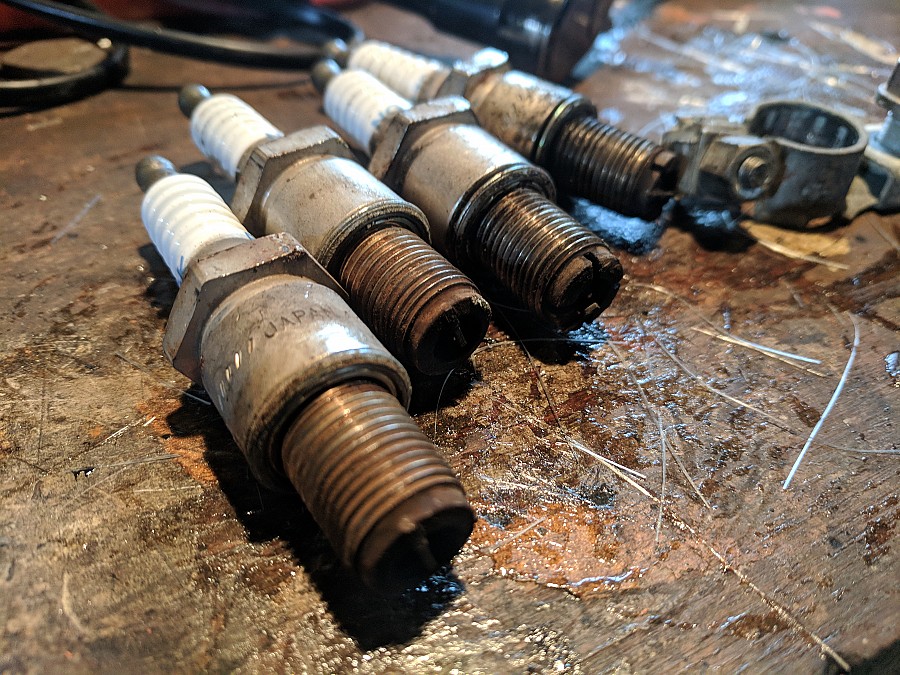 Before the engine starts there is a lack of oil being pumped around, the same as most engines. This is where most engine wear occurs, so an effective start is essential. The RX8 has 2 spark plugs per rotor, so 4 in total. One is a Leading spark, the other is a Trailing spark, so each chamber has 2 different plugs. 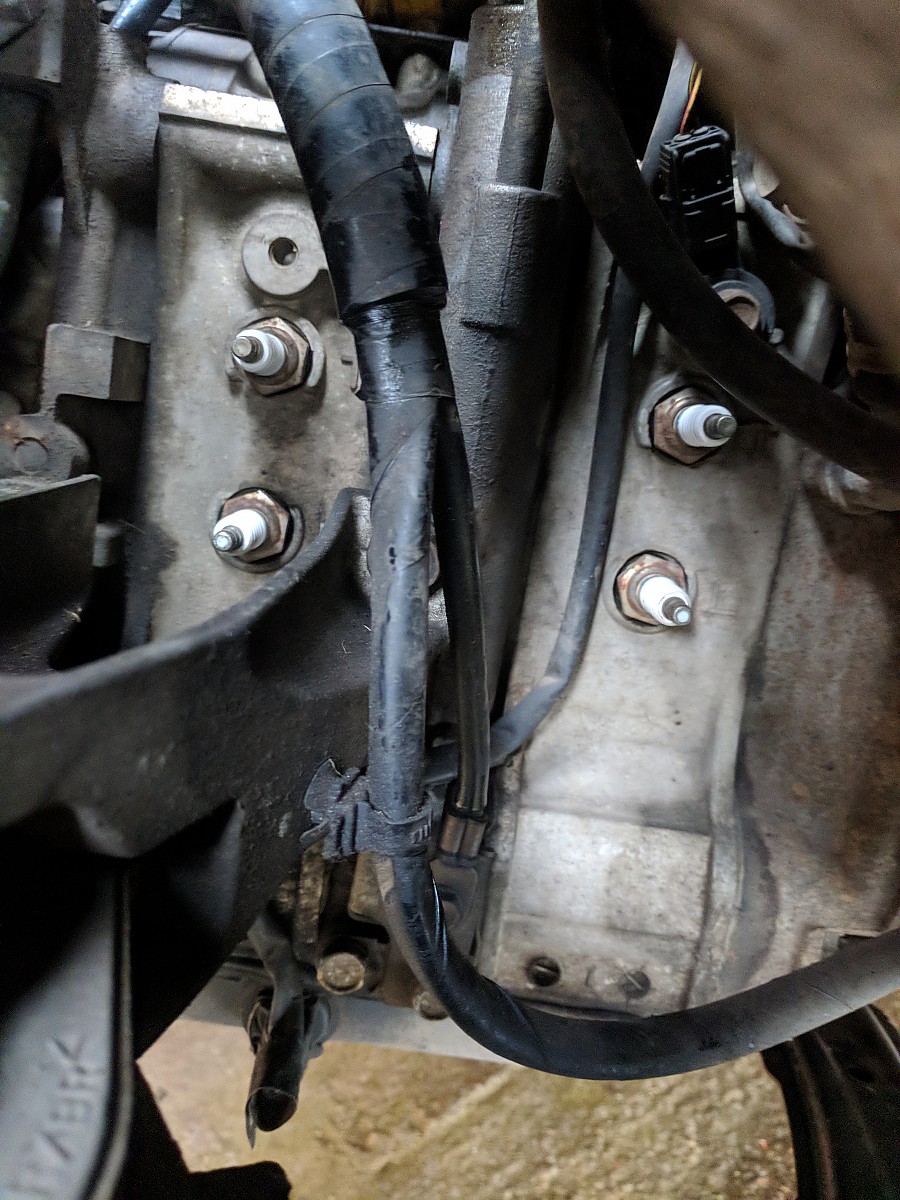 The spark plugs are accessed by removing the passenger side front wheel and then using a long spark plug spanner The ones I took out were certainly a little fouled, so needed replacing. The service schedule for these is every 37,000 miles and NGK does a kit with both plugs in. 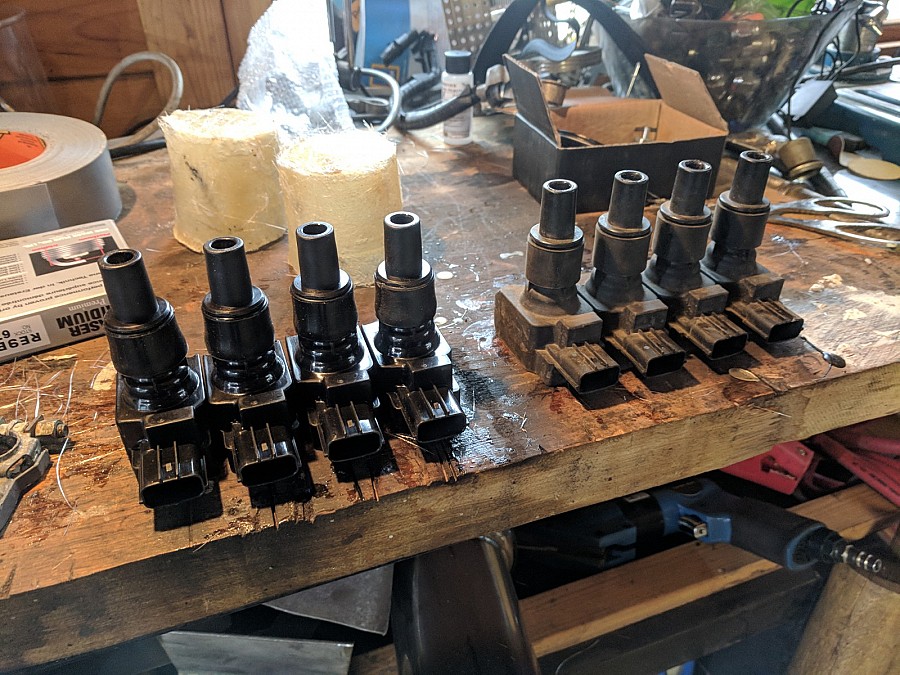 The Coils for the RX8 are too close to the engine, as a result the heat from the engine kills the engine coils meaning that they require changing every 30,000 miles (Some people have told me 20,000). Each coil is a single separate piece, not on any form of rail and the firing order is L1, T1, L2, T2. 1 means the rotor closest to the front of the car, and the L and T match the L and T on the engine block.

These are accessed by removing the air box and then each coil is held in place by a single 10mm bolt. 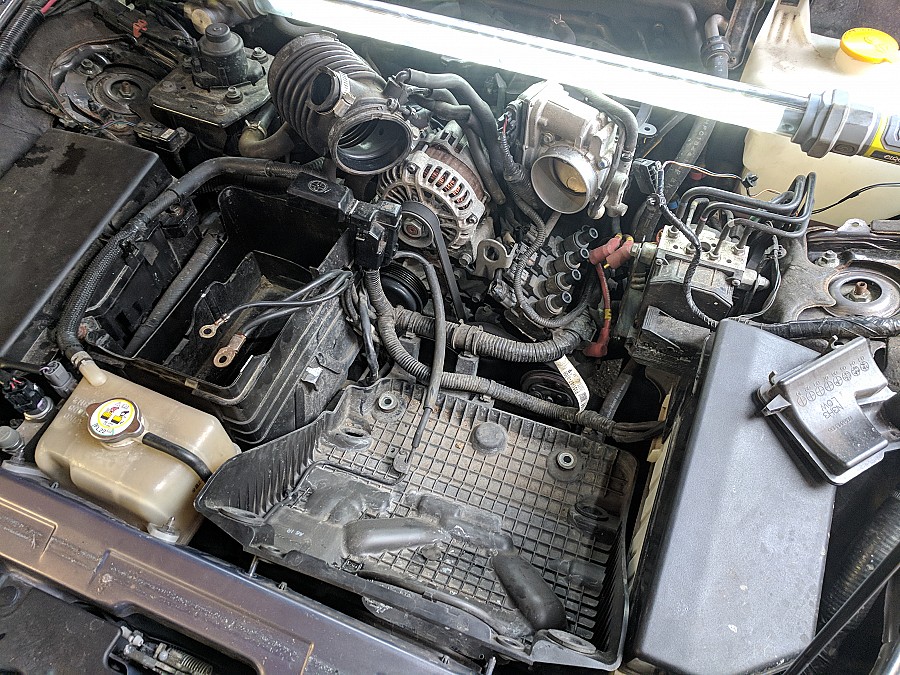 HT Leads Meh, whilst I’m doing the coils and Sparks, why risk that the issue is a poor cable…..

Starter Motor On later models of the RX8 Mazda upgraded the starter motor, allowing for the Starter to turn the engine over faster for easier starting. They made them more powerful, but also changed the number of teeth that they had. Series 1 Starters have a 11 tooth cog, upgraded have 13 teeth. Series 2 Starters have 14 teeth, and are backwards compatible. 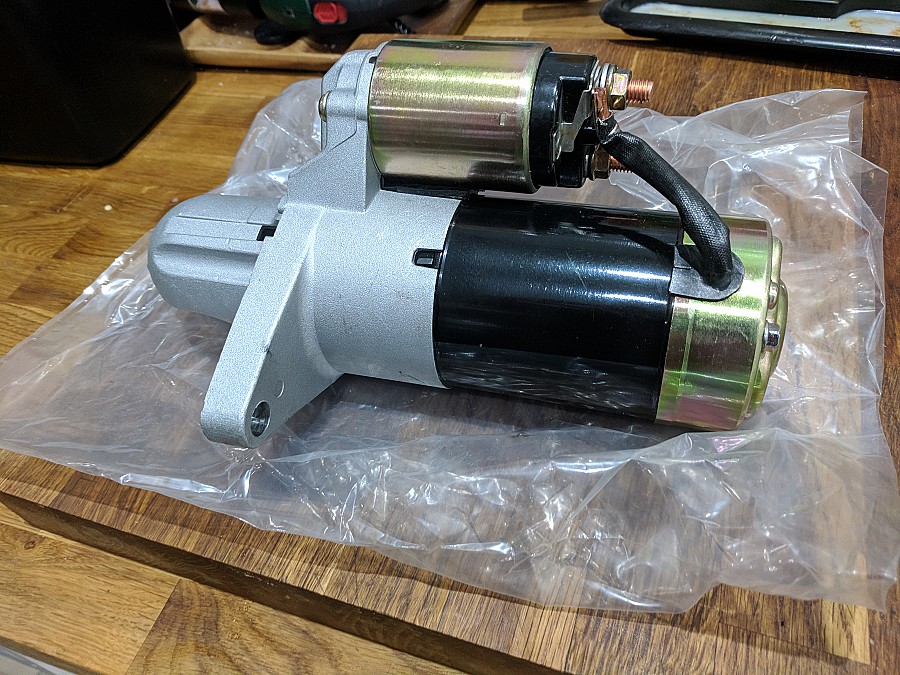 This is an aftermarket model from Schmitz Rotary Engineering, who sent me a very comprehensive eBay message with a list of other things that might fix the issue. Very helpful.

Our starter was certainly and original, and a Series 1 so this should help.

Bigger Battery All of the above should help, but if you up-rate all of the things that are drawing power, you need to up-rate the power source. Our car came with a Lion battery with corrode to-hell terminals. So that wont have helped. A Bosch S4 068 battery with 630 Cold Cranking Amps should do the job, oddly though it says 026 on the front.

This was a direct drop in replacement.

Coolant Why not, its an easy thing to change when your car is already up on the blocks.

Oil Treatment One last thing, I am always sceptical about magical Miracle oil additives. K Seal for example which is designed to repair head gaskets. Every report I have heard from mechanics etc is that it gunks up the whole engine and makes the actual final fix a nightmare as the poor mech has to scrape the gunk out of the block.

Radweld, I have similar issues with. How does it know to block the hole and not just block up all the fins in the radiator? These things seem to be a quick fix, at best until you can get a proper repair.

At the moment ,we dont really know. After everything was fitted she sparked into life a lot faster than she used to, but a fresh battery alone will probably have done that. So we cant tell if any other the other changes helped at all. We’ve only had one or 2 issues when getting fuel, so this is more preventative, but, lets hope it gives the car some life.

Who knows we eventually we might end up with an Wankel powered Exocet….