A quick issue I hadn’t ever come across before is that turn signals have a diagnostic system built in. The flasher module uses the load on the circuit in order to determine how fast they flash. The plus side of this is that if you have a bulb out, the system tells you by increasing the flash rate so that you can hear it from inside of the cabin. This is known as Hyperflashing.

However if we replace most of the stock filament bulbs with LED’s, the load across the indicator relay drops as LED’s draw much less power. So the flash rate increases, even though all of the bulbs are there and working.

So, there are 3 main solutions.

One is to change the flasher module so that it is expecting a much lower draw. As a result the module knows that it is working with LED bulbs, and it just flashes at a slower speed. However, these are specific to each type of vehicle, so you need to find one for your vehicle. The flasher modules are also expensive, a stock replacement for the MX5 is £60.

Second option, just leave the standard bulb in as well as the LED bulb. On one Exocet build, I have seen these tucked in and sprayed black, but this means that at least there is enough load on the system that it flashes at a normal rate. The downside is that you need somewhere to mount the bulbs.

The most common option is to install a series of resistors into the circuit, so that the circuit is pulling the same load but effectively just wasting the power. To do this, you can install little 6ohm resistors which are available from eBay for about £1 each. One needs to be fitted onto each LED which is used. These are just installed in line with the standard wiring and are then bolted to the bodywork somewhere convenient. 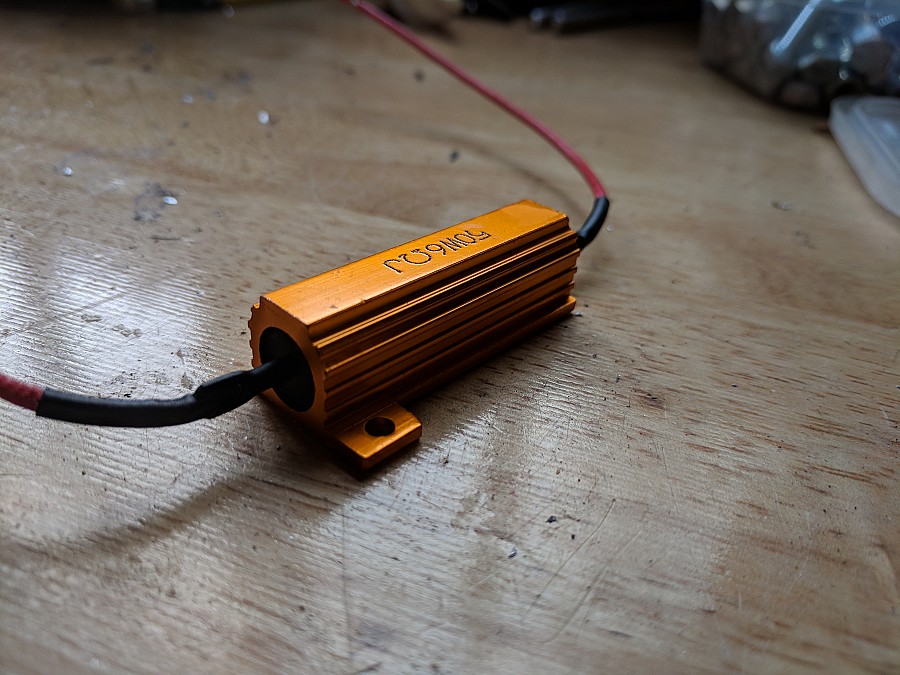 This also works on normal cars too by the way, not just the Exocet conversions!