According to the rebuild guide from MEV, a rebuild of the callipers is unnecessary. But, our old ones looked in a bad way and they weren’t orange. Which is a good enough reason to refurbish them right? 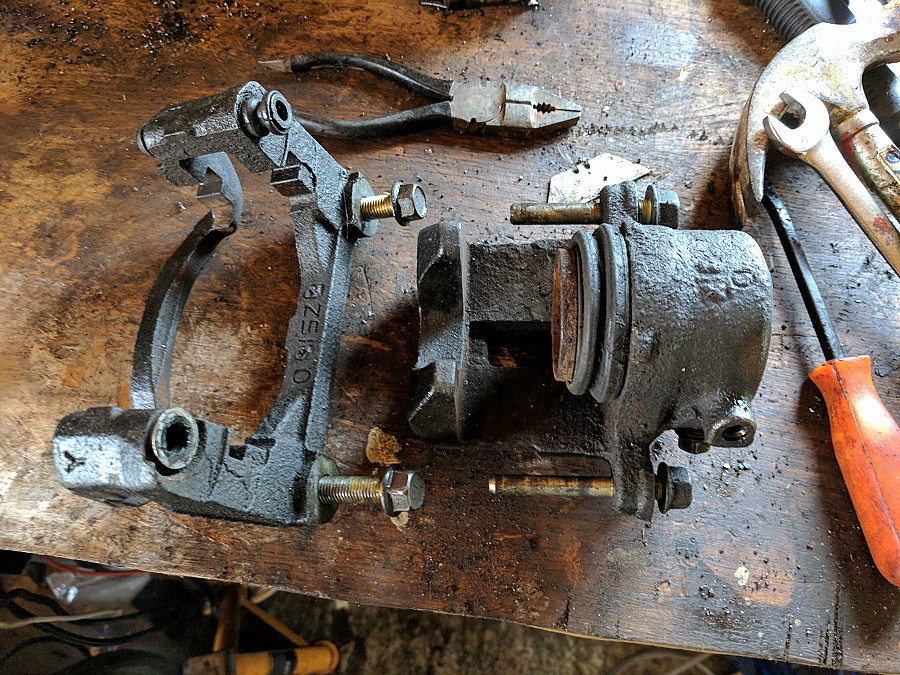 The first step is a good cleanup, being located under the car, years of salt and crud have built up and so a good clean and a few layers of protective paint are helpful to protect the calliper going forward. 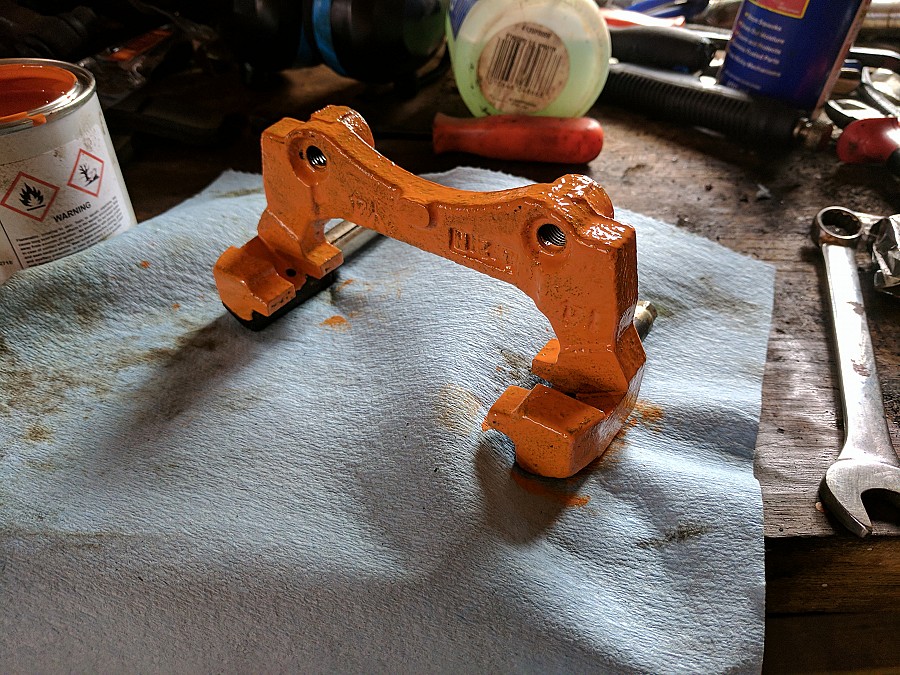 We used an orange calliper paint kit from E-Tech, which included calliper degreaser spray. When combined with a wire brush removed most of the outer crud which ensured paint adhesion. It is important to ensure a clean surface or else the paint won’t stick and will look awful. It is also important to use specific paint which resists rust and corrosion as well as being able to handle the high temperatures of the brakes. It goes on relatively thick, which also helps protect the calliper from damage, but I would recommend two cans of paint as it can be a bit patchy when used on all 4 corners, the calliper brackets and the uprights as we have. 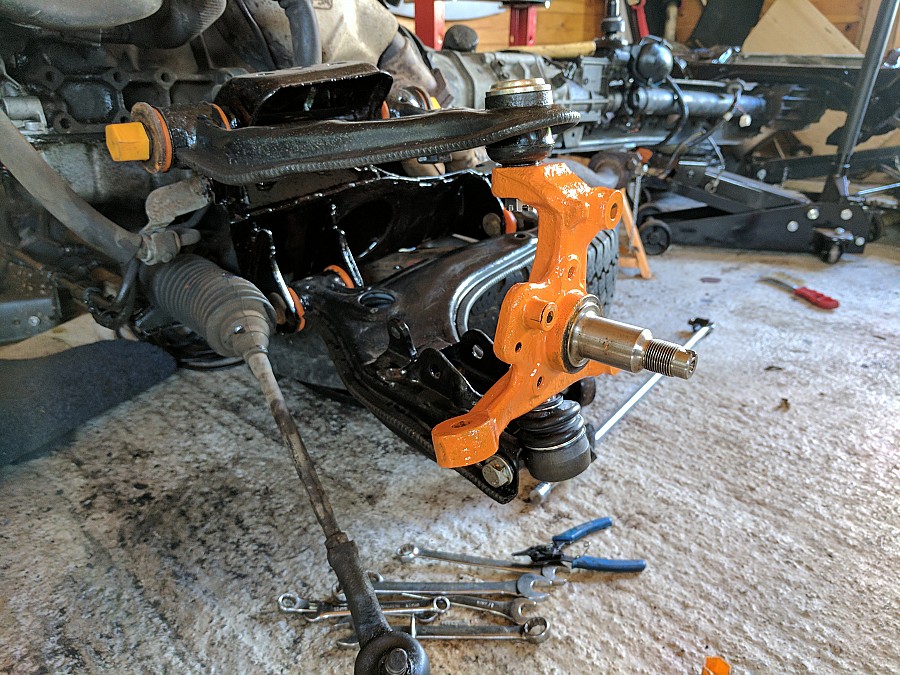 Having painted everything, including all of the seals, it is time to do a full refurbishment and to replace the seals. Removing the pistons is easy, simply remove the bolt holding the banjo fitting of the brake line, ensure that all of the brake fluid is out and that the bleed nipple is closed, then put an airline into the hole. The air pressure from this will move the piston forward until it pops out.

A couple of things, if there is brake fluid in there still, this will go everywhere when the pressure is released. And secondly, the piston will pop out with quite a bang. Putting an old rag between the piston and the calliper body will stop the piston from becoming a projectile.

Once out, the calliper will need a good clean and rust removing. I used a pick to clean the rust out of the grooves for the dust seal and some sanding paper to remove the last bits or rust. The grove you can see in the image below is there the dust boot seals too, and inside of that, you can see the seal which keeps all of the brake fluid in the calliper. 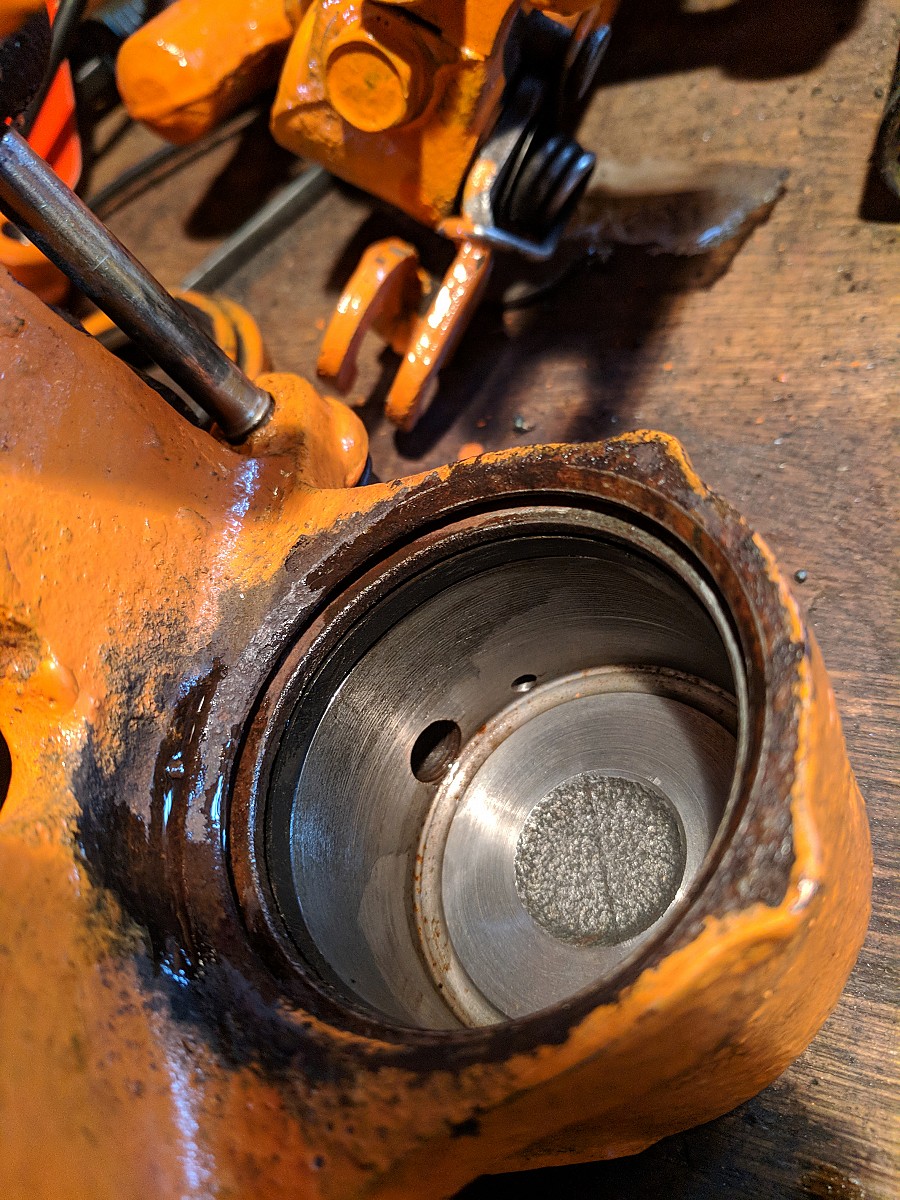 We have also chosen to replace the pistons. The existing ones were structurally sound but rusty and whilst doing all of the seals it seemed pointless not to. This also saved us having to clean the pistons. 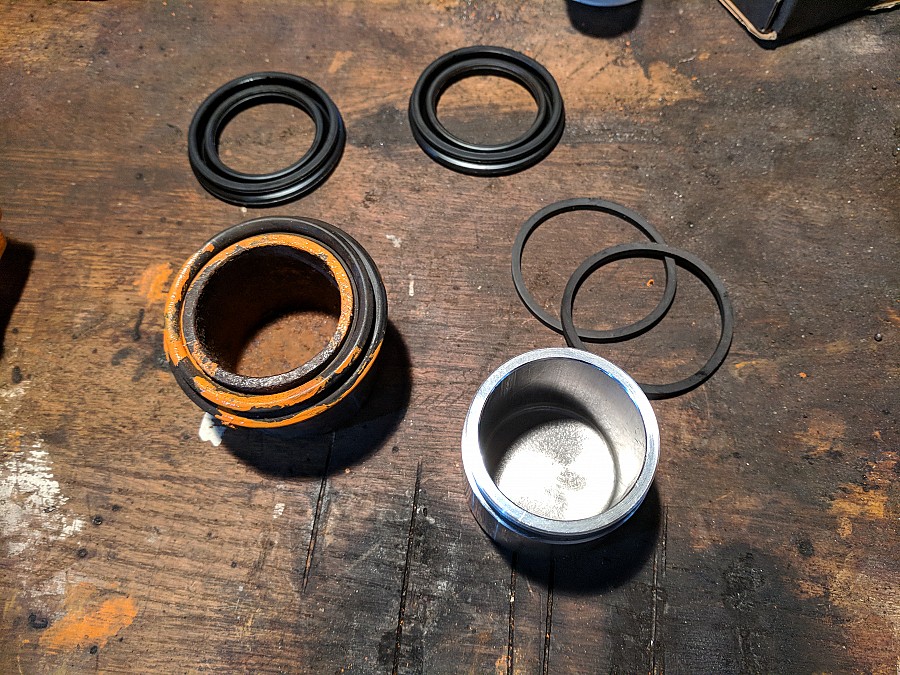 The seal kit contained both the inner seals and the dust boot, which attaches to both the calliper and the piston to stop dust from getting in and damaging the inner seal. The inner seal is easily picked out using an angled pick, and a replacement fits into place easily using a little bit of brake fluid as the lubricant.

The outer boot is a bit more fiddly and the best way to fit this is to slip the seal onto the bottom piston and to seat this around the calliper, ensuring that it is flush all the way around. You can then push the piston in and once it reaches the boot, this will pop into place. 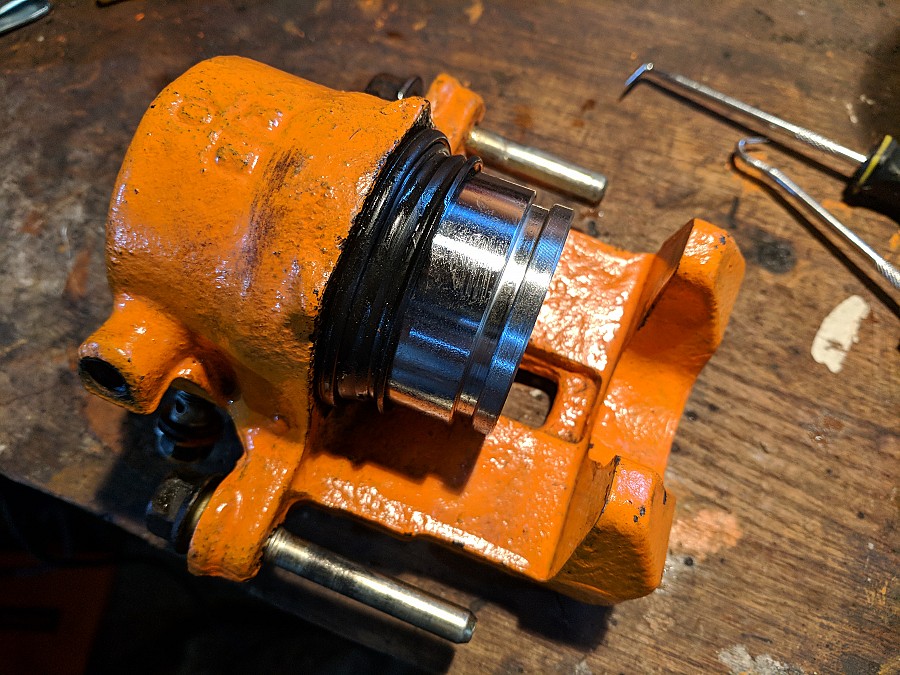 The rest of the seals just pop on and are filled with grease to allow the slide bolts to move easily. The seals stop dust from getting in and damaging these slide bolts.

With only 4 seals, the front callipers are easy to do. The final point is to install the brake line, which uses a pair of copper washers to stop leaks. 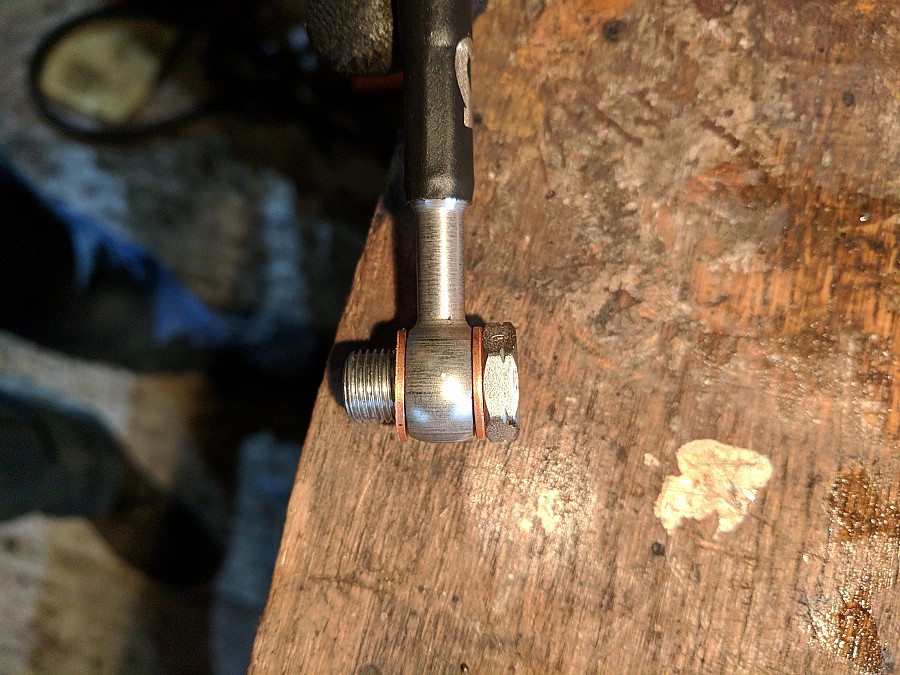 Because the original brake hose clips were attached to the body of CarDaver, we need to find a way to mount these to the Exocet body. This is the point at which the hard brake lines interface with the flexible hoses, so need to be strategicly placed so that the hoses do not over extend or rub as they move. Some new mounts can no doubt be cut using some steel and a bit of fabrication! More on that soon im sure…