Last week we got back to the garage and started to replace the exhaust, as the old one would not fit. This was primarily because the tunnel on the Exocet is narrower than the original MX5 and the whole vehicle is shorter. This would result in the back box sticking out, or us having to strategically dent the exhaust to squeeze it in.

As everything was rusted in place and looking awful, we decided to do the whole thing. Initially, I thought “Catalytic converters are really expensive after all people have been known to steal them for the materials… maybe we will just re-use the old one, or do a straight through exhaust”

But actually, an OEM CAT wasn’t that expensive and to get through the IVA we thought it would be best to replace the whole thing with something as close to stock as original. So a replacement CAT was obtained, not an original but one as close as possible.

The reason the CAT was important for the IVA is to pass the emissions test which is included. The IVA guidance notes do helpfully state:

“The IVA standard for both spark and combustion ignition emissions is identical to the MOT standard so you can have the vehicle checked at a local MOT station before the inspection.”

And the required standard, from the IVA guide:

A lot of other things will affect this, including the service state of the engine (a good well-serviced engine will burn cleaner and more efficiently) but the biggest thing will be the CAT.

A catalytic converter works using a Redox reaction, which stands for Reduce and Oxidisation process. And from this point on, the Wookies physics GCSE falls apart. Basically, bad stuff goes in, less bad stuff comes out the other side. 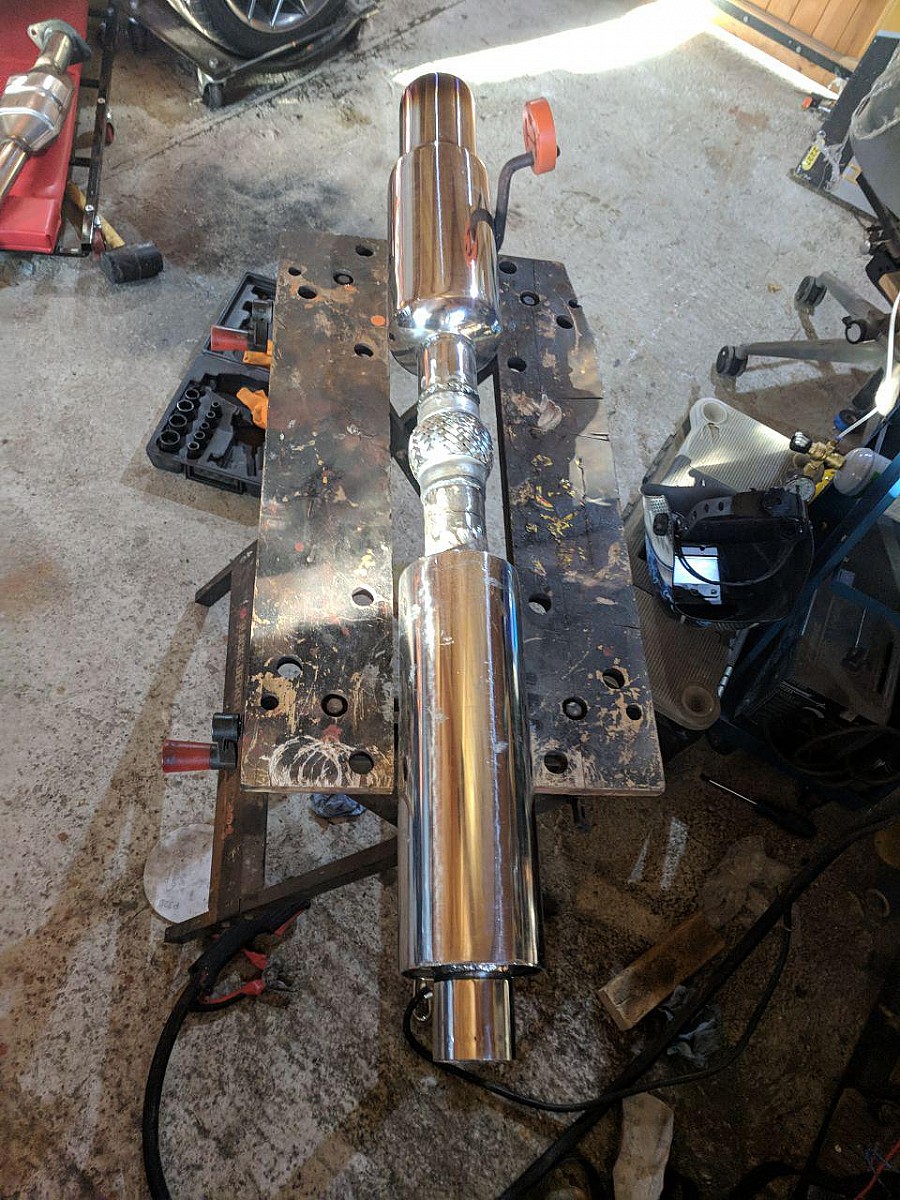 The next part of the IVA guide for exhaust requires that we have a silencer, that the whole thing does not leak and that the overall exhaust noise is less than 99db. And finally, the exhaust must be secured, and not loose. Sadly no information is given on how many attachment points are needed for hanging the exhaust, but the whole thing must be secure. So, as far as hangers go, the more the merrier. We have re-used the metal from the old exhaust, “carefully” tacked into place. 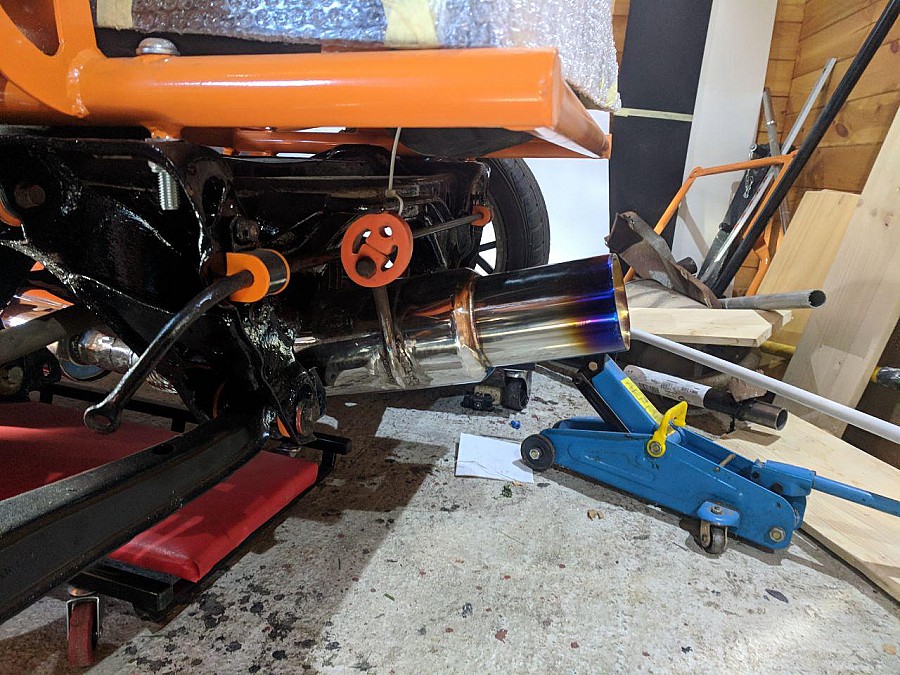 Finally the flexible hose. This is used mainly to allow the exhaust to angle upwards and to fit between the rear differential and the rear sub-frame. This could have been managed with some bent pipe, but we don’t have a pipe bender, so this works. 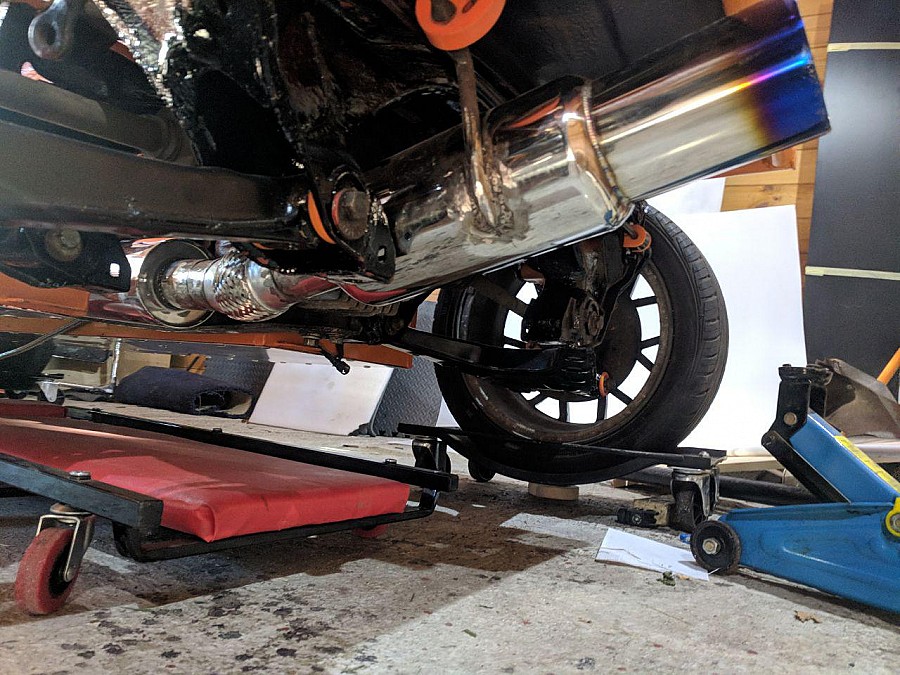 The big pain point wilt making this was tolerances. A variety of pipes and parts from different companies have different coatings and materials so that the inner diameter of a pipe might be advertised as 2 inches, but a powder coating or similar actually reduced this fractionally and stopping all of the parts fitting together. Liberal application of exhaust pasted (Lubricates when cold, hardens to seal the pips when hot) and use of the pipe expanders helped, but we will have to test it all once the engine is running to make sure it is all sealed.

After all the wookie is new to mig welding and some of those joints do look a little rough and ready. Espescially that rear hanger….