We have been offline for a few months because our garage was being used by the builders as a workspace. With plasterboard and tools everywhere, we were kicked out and progress on our project stopped. But before we paused we had purchased a new stainless exhaust system.

The reason for this is that the shortened Exocet can utilise the exhaust from an MX5, but about half of the back box will sit outside of the new vehicle. This can pass the IVA but will look awful. We also need to mount the huge box to a chassis with no mounting brackets.

Oh, and the exhaust on our donor car isn’t an MX5 exhaust. It has been repaired and pieced together over time so some parts of it are no longer the right size or shape. The midsection silencer appears to be an oval as opposed to round and so now is hitting the side of the main tunnel.

Also, it is all rusted and looks bloody awful. The bolts are seized and some of them had to be cut off.

So with all that, we now have enough excuses to spend some money on a new one right? 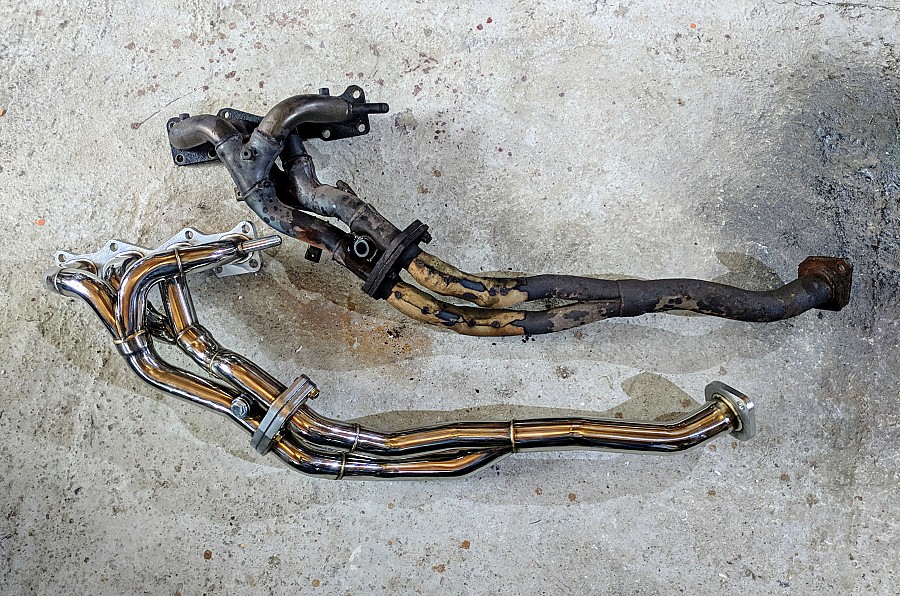 Too late, we bought it.

So the parts of an exhaust are many and varied and so are the options for each part. So we are learning, and in traditional twit style, have messed it up at least once.

Let’s start with the item in the picture, a manifold. Exhaust gasses are vented from the pistons of the engine, basically straight out of the side of the block. The purpose of a manifold is to connect all of these ports to a single exhaust pipe, so that the gasses can be funnelled out of the back. These pipes need to be the right size to handle the waste gasses. Basically, the bigger the pipe the more that can be handled and so as you increase the power output of the engine you need better exhaust flow, but just increasing the pipe size when you don’t need it can change the general power output of your vehicle, adjusting the torque curves.

Generally, on a manifold we want all of the pipes to be the same length and for them to merge an equal length away from the exhaust ports. This allows each piston to perform equally and to ensure consistent back pressures across all pistons but primarily makes sure that the temperatures of the exhaust gasses are equal when they merge.

Throughout the entire exhaust, we want to avoid turbulence as much as possible and to ensure a consistent flow. This means that the manifold ports need to be the same size and shape as the engine ports. If they are incorrectly sized, such as too small there will restrict gas flow, similarly, the wrong shape may mean the manifold overlaps the exhaust ports.

In this case with the manifold being round, versus a more oval port, the gasses will not flow out resulting in turbulence or a blockage in the red areas.

Similarly, if all of the pipes are not flush, if flanges overlap or there is a gap or steps in the size of pipework, this will result in turbulence.

So now we know what a good design for manifold looks like. As for materials, for aftermarket exhausts, we have a couple of options. Stainless steel or titanium. Titanium is going to cost us more than the car so, we went stainless.

Exhausts are held on with studs which have a dual thread. One issue is that with a well-corroded nut will not come loose, instead, it will undo the stud form the block. 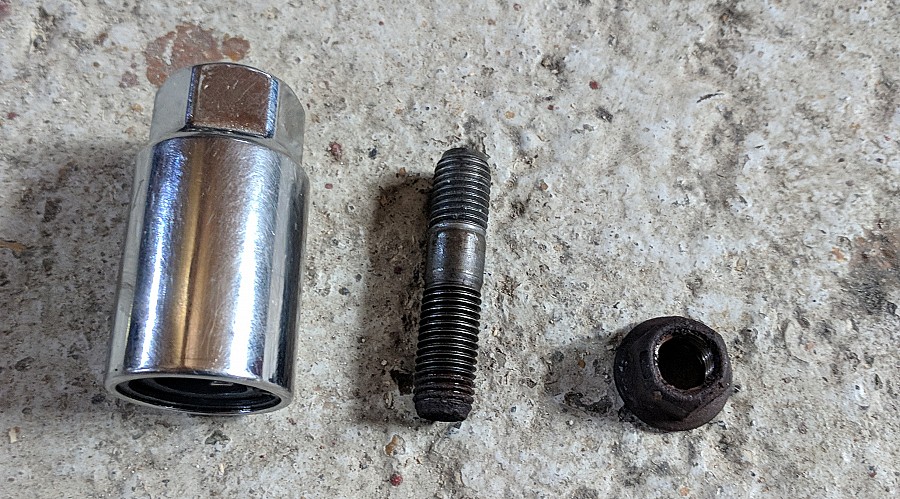 To re-instate it tightly we can either use a stud tool, which can grip a round stud.

Or you can use two nuts on top of each other. 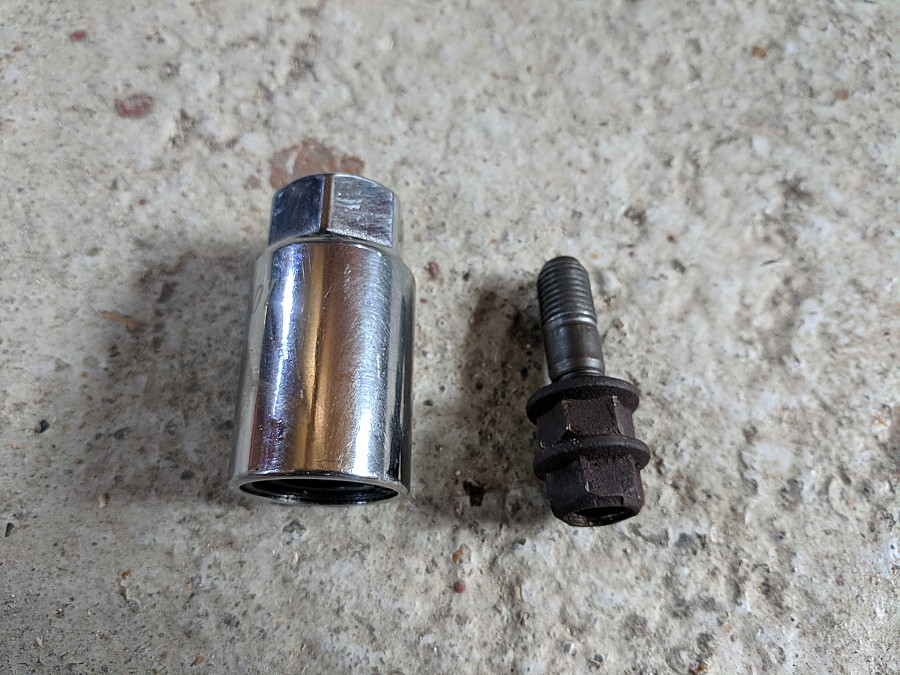 The outer bolt pushes against the inner one, which stops the bolt rotating. This then allows you to re-engage the stud. Be careful at this stage, if you cross thread the stud, you will damage the head. And that is expensive.

So, how far did we get? Well the manifold is on. More to follow as we explore Catalytic convertors.