It turns out we were not done with bushes just yet.

Nope, there are more. 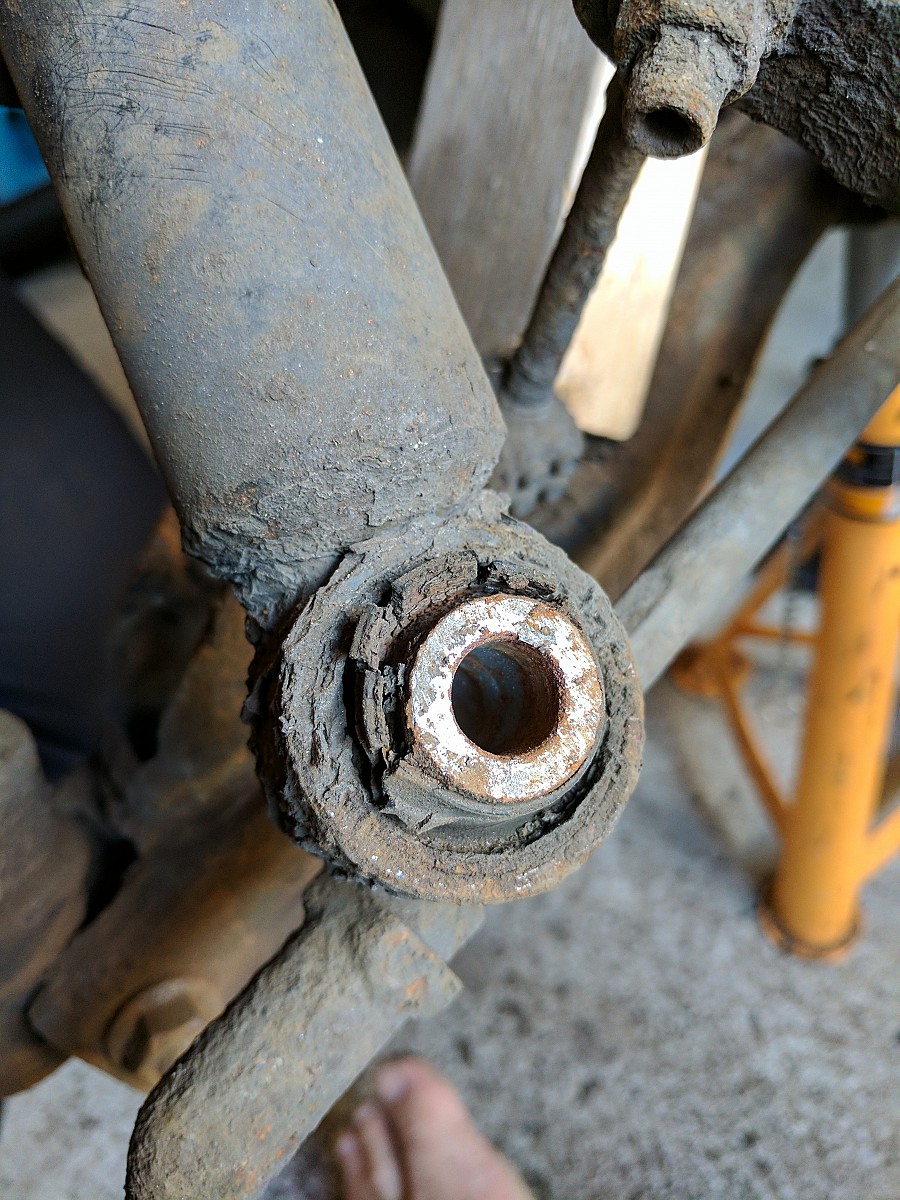 So in last weeks photos the Exocet body was held up using small wooden blocks to keep the upper and lower wishbones separate. The suspension was still out of the car and the bushes were awful, not replacing them would have affected the handling, so they had to go.

However on the MX5 the suspension bushes are rubber with a metal collar around the outside. Removing these requires the destruction of the bush and leaves the metal collar in the hole. The rubber is bonded to the collars so once the core is removed you have to grind the insides out to clean up the bonds and get rid of the last of the rubber.. Replacement bushes can be purchased from Autolink - http://www.autolinkmx5.com/bush-polyurethane-mazda-mx-5-mk2-standard-shock-absorber-mount-4012-p.asp

These are not direct replacements so you need to grind away at the collar to create a lip which allows you to get the tip of the bush in. If not the end of the rubber just sits on the collar and squishes as you try and install it.

I used a Burr grinder on a dremel for this. It took a while but gave a clean result which would not damage or gouge the bush as it went in.

You then use the bushing tool and a receiver to force it through through the hole and it springs out once it reaches the other side. The extra effort is needed because the flange on these is pretty solid and these are a very firm bush. 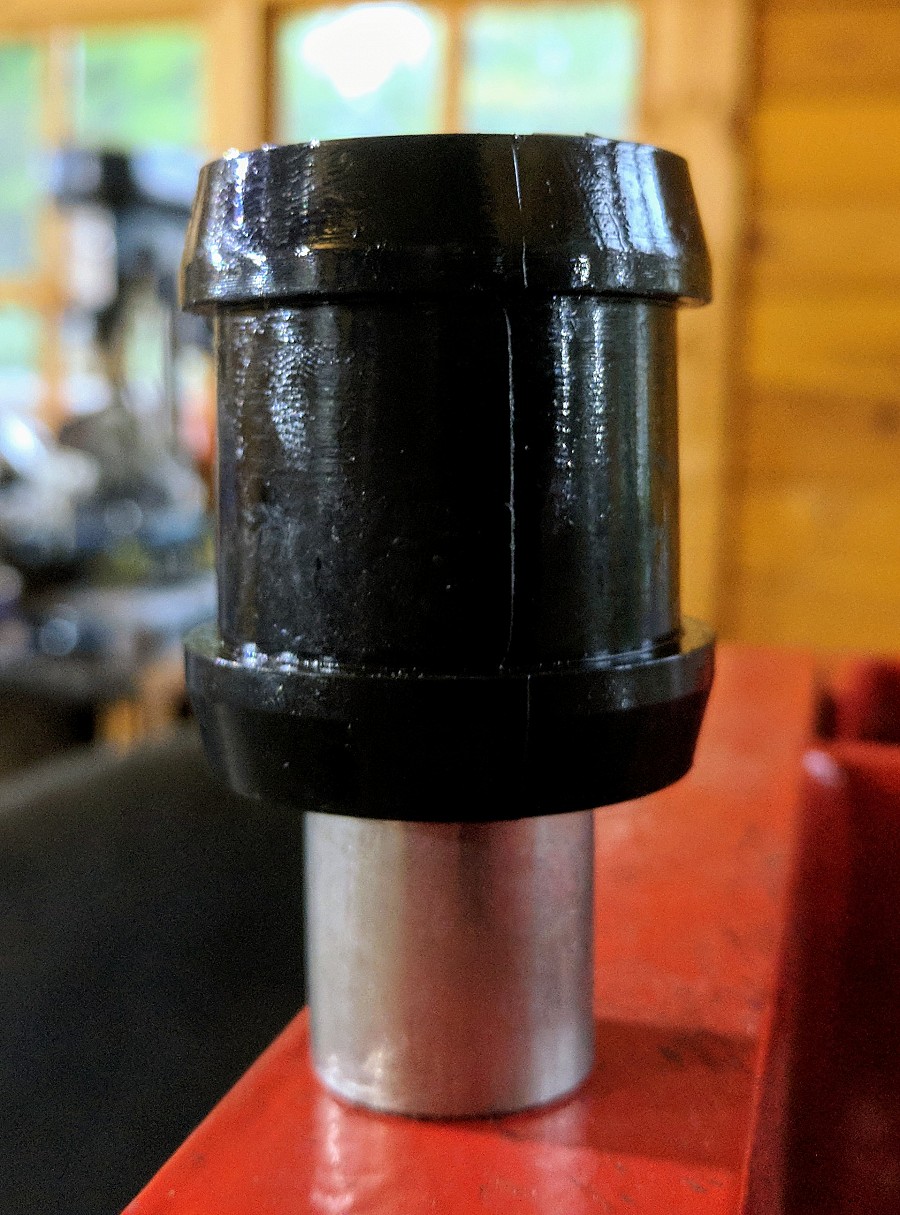 This prevents them from popping out and since Mazda do not produce a replacement for these bushes, the alternative would have been to replace the suspension.

Though, actually that is still on the cards. 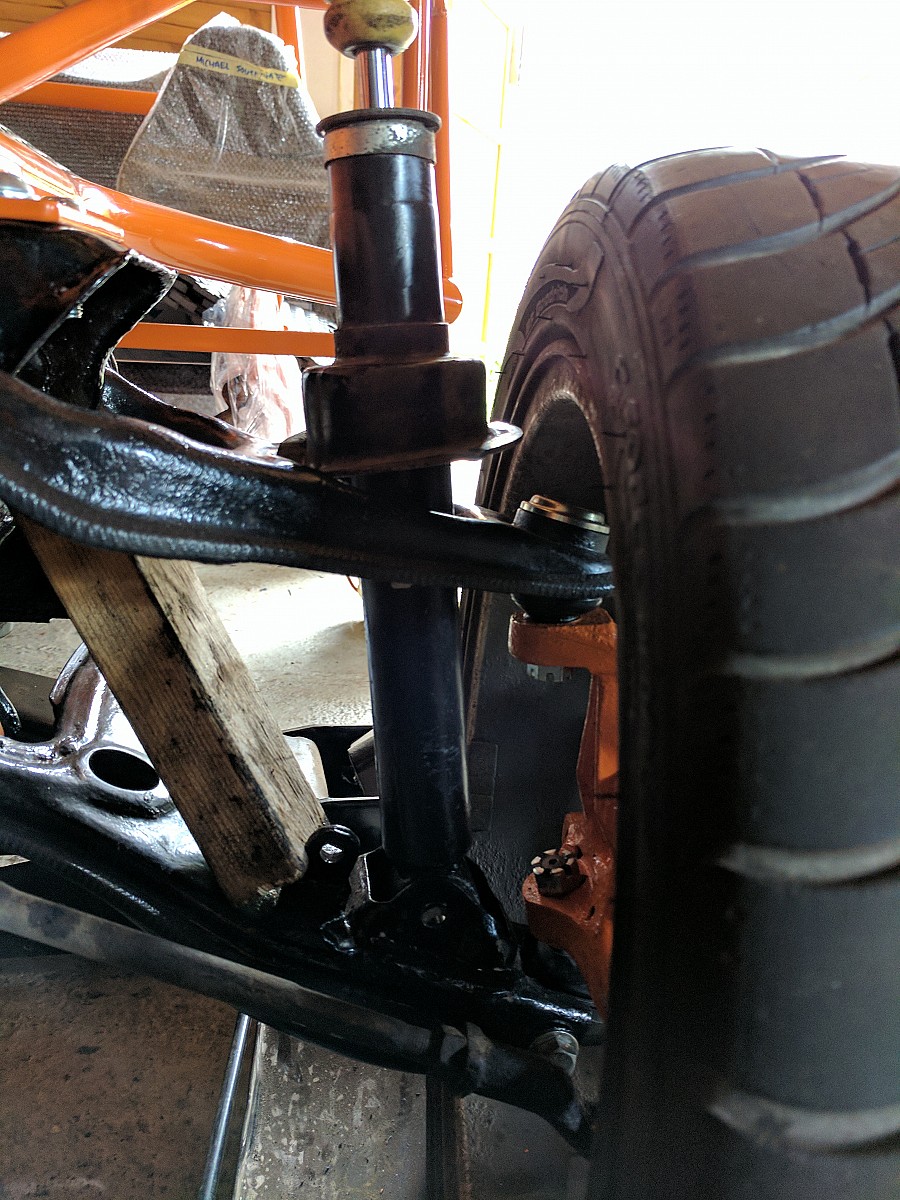 One slight issue with making an Exocet is that the suspension on an MX5 sits pretty much vertically. On the Exocet it becomes angled inwards to meet the frame. On ours it angles in so far that our suspension now fouls the wishbone and the engine subframe.

When the suspension moves (When the car bounces) the spring rubs. This is a known issue with the Exocet and plates are provided to adjust the wishbones to resolve this. The problem is that our spring is fouling the engine subframe, and we cant cut that. It is only fractionally rubbing but this will throw the car out every time it bounces and likely fail the IVA.

For now, we only have one side attached, only half attached at that. We are saving the panic for now, until we get both sides attached and the car down on all 4 wheels. From then the hope is that we can align everything and make it work, for now we are assuming that this is a fettling and adjustment issue. If not it is time for some lower profile suspension.