The MEV exocet is designed to be one of the cheapest kit cars available for the self builder. The idea is that by taking a stock Mk 1 or Mk2 MX5, lifting the body off and basically just bolting the new chassis and “bodywork” to the running gear, you have a car ready to go.

This is great in theory, but in reality you are bulding on a 20 year old car (Probably an end of life rust bucket) and the moment you disturb the rusty bits by trying to take them apart in any way to clean them or to gain access to one of the other bits that needs repairing, things start to go wrong.

And the reality is that you need to remove some parts of the old car as part of the built. For example, in order to fit the new front wheel arches for the Exocet you remove the hubs and then the shielding around the brake disk and bolt the arch in to the holes where the shielding used to be. 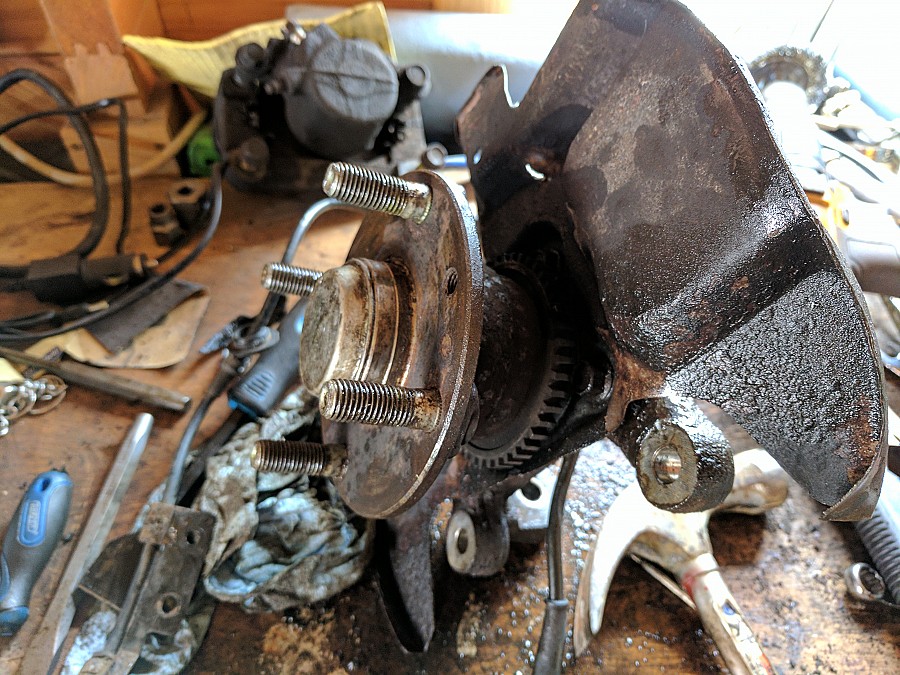 On our car, everything in the hub area is corroded in place, and whilst we have finally got out the air impact gun and brought a multipack of WD-40, many of the bolts just do not come undone. Instead, they sheer off leaving the bolt buried in the body of the cast parts. 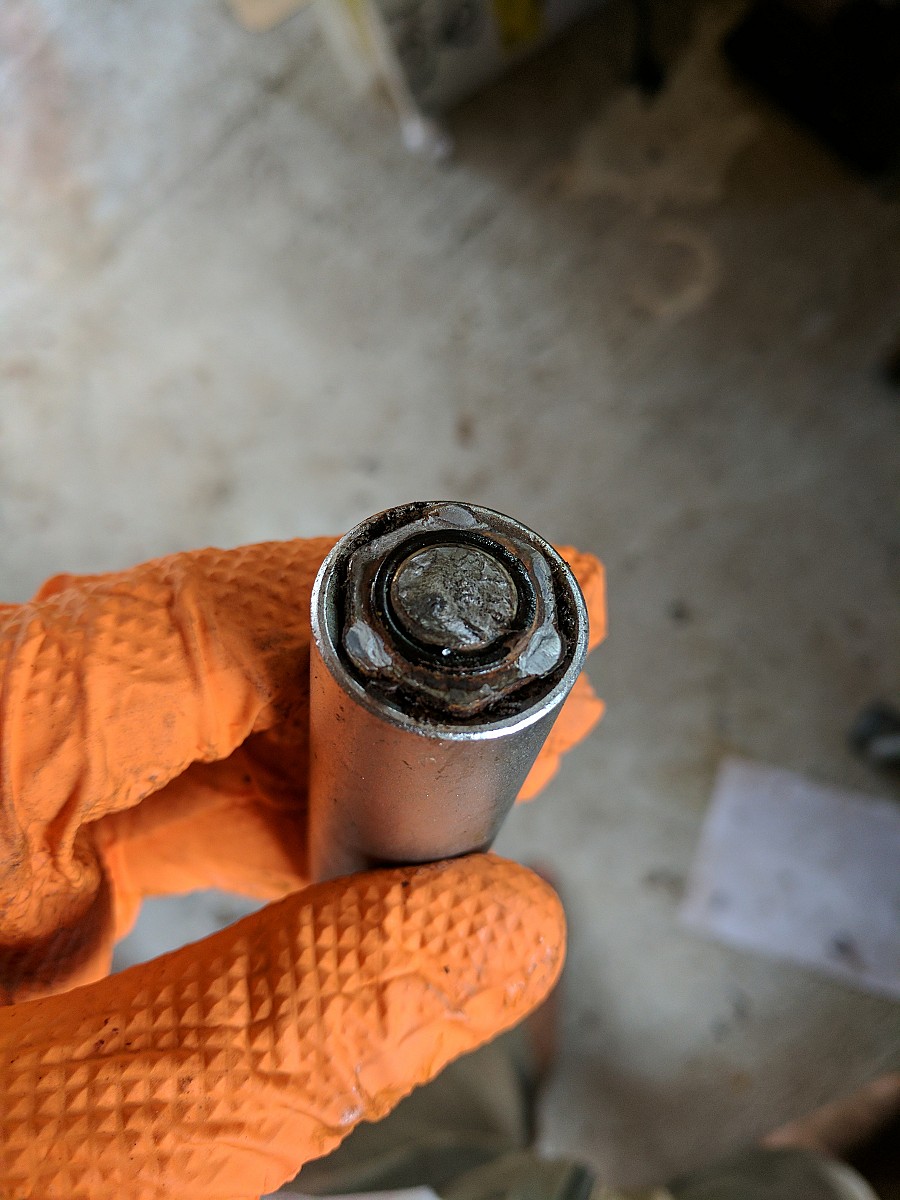 As do the ABS sensors which snapped in half when we tried to remove them. We don’t need these, but at the same time we could have resold them if we could have got them out. 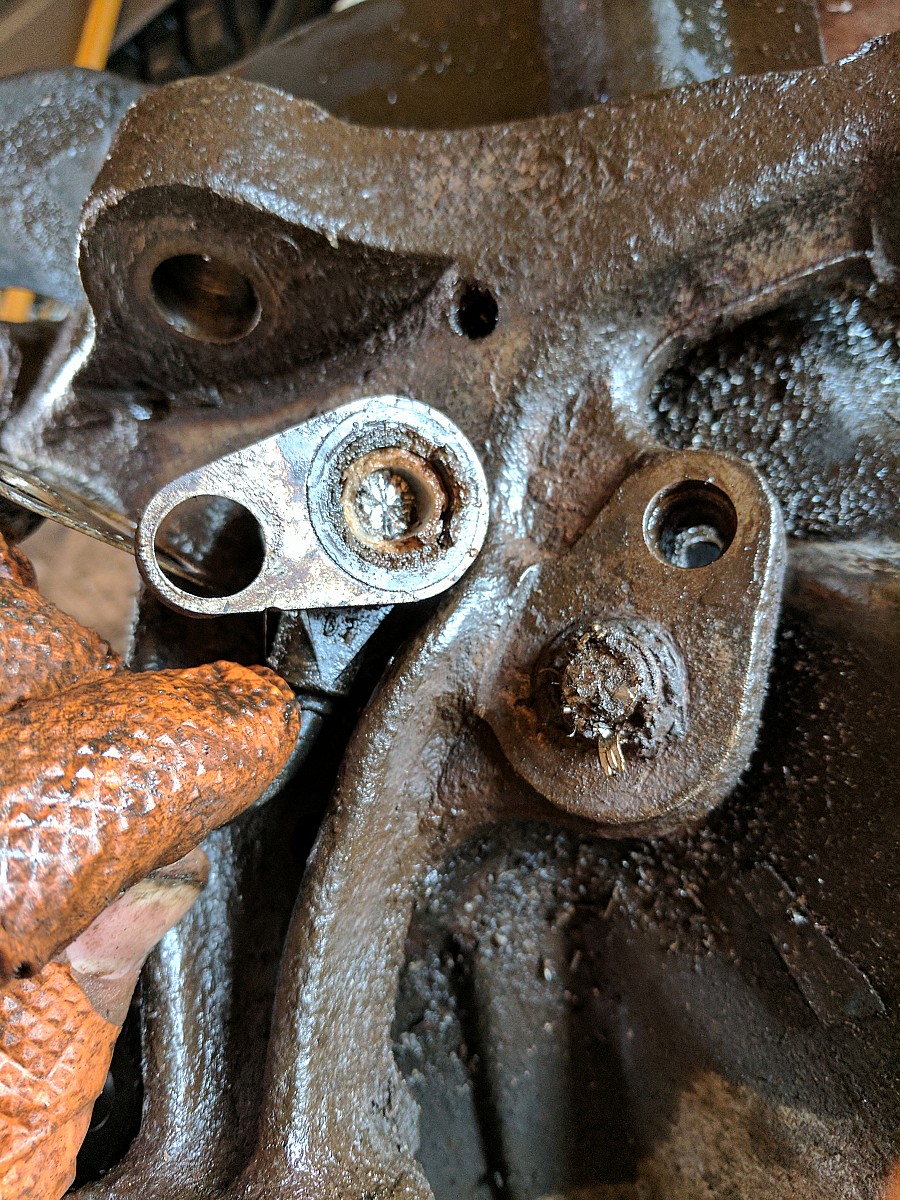 The bolts holding the shielding in also sheered off and had to be drilled out. This has resulted in the hub Spindle (Stub Axle) having to be drilled out with some larger than expected holes and us having to re-thread the metal. These bolts are now M8, not M6 bolts. So in this case we have refurbished this part, sanded it all back and given it a lick of paint. Part of the consideration here was that used spindles are £45 each and the wheel arch is not structural. If it fails it will be annoying but we wont be left with only 3 wheels

Some parts however are just not worth bothering to save, either because they are so far gone or they are so cheap and disposable that it is easier to get a new set. Brake disks are certainly in this category. 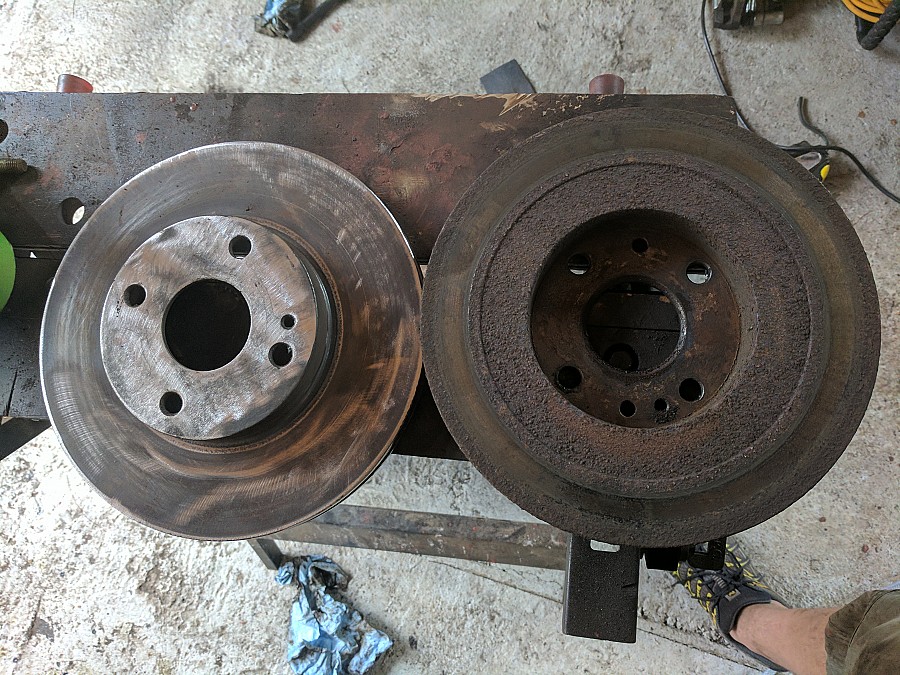 In our case we gave them a bath in the rust remover and then a good grind back, but the disk on the left is scored and pitted deeply still, plus on inspection is warped to hell. Front disks new, are £30 each, less if you buy a full brake kit from MX5Parts (A very reasonable £115 including fitting for all four corners!) and since we were doing the pads anyway, there is little point in spending the time to do the rest.

I looked into the costs of brake skimming but at £150 per axle, which only deal with the faces of the disk not the hub in between the double brake layers, this seemed pointless. Given it also minimises the life of the disks, it seems easier to just replace them given how “Mission critical” these are.

The calipers are due for a refurbishment before we refit them, so next up we are digging into this box from Bigg Red. Sure it wont be hard, just a big pile of seals. 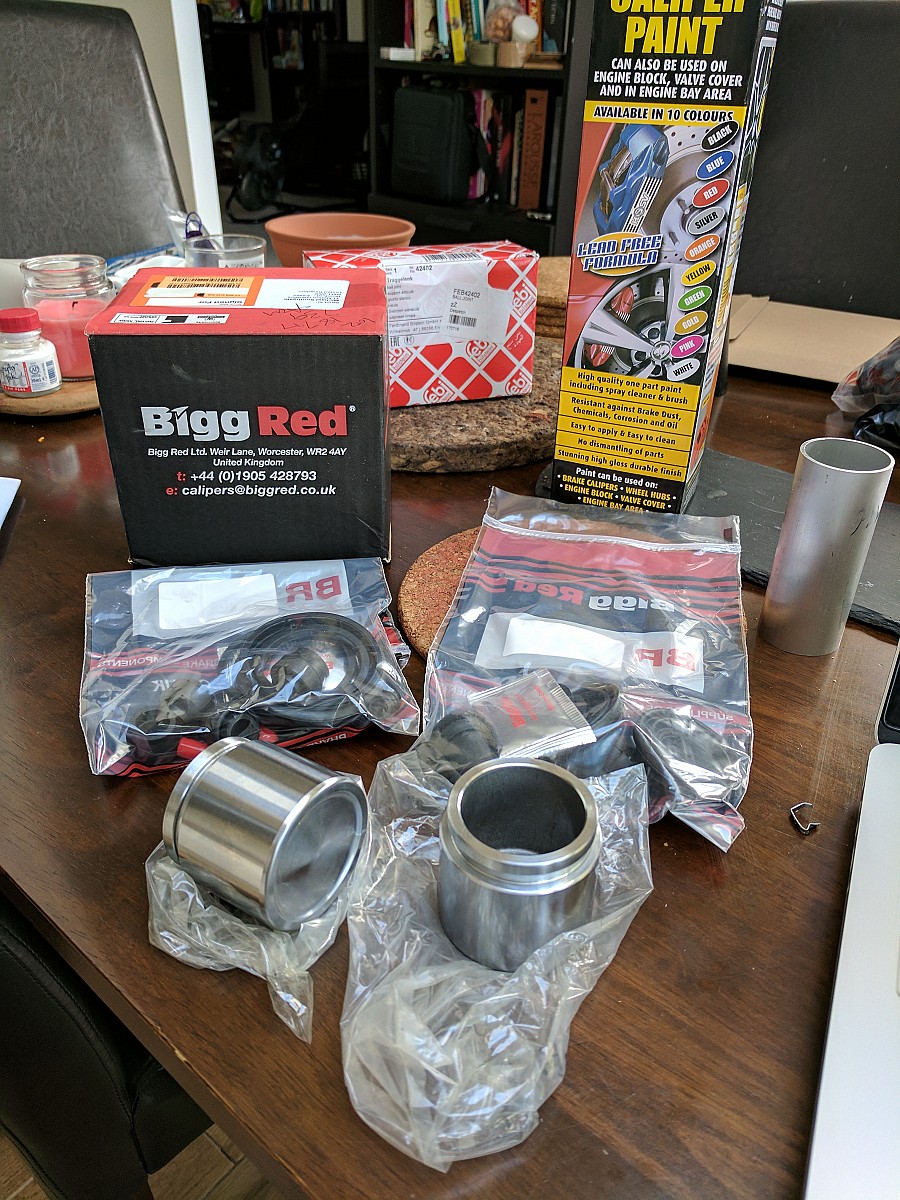