We have damaged a few of the threads on the ball joints whilst taking apart the suspension. We know how we did this, we removed the split pins and nuts and were then unable to work out how to free up the 20 year old ball joints. So we tapped them with a hammer to try and knock them out.

As a hint, if you leave the nut on the top of the thread and then hit the nut, this protects the thread. A ball joint separator tool is also a good idea. If you dont… 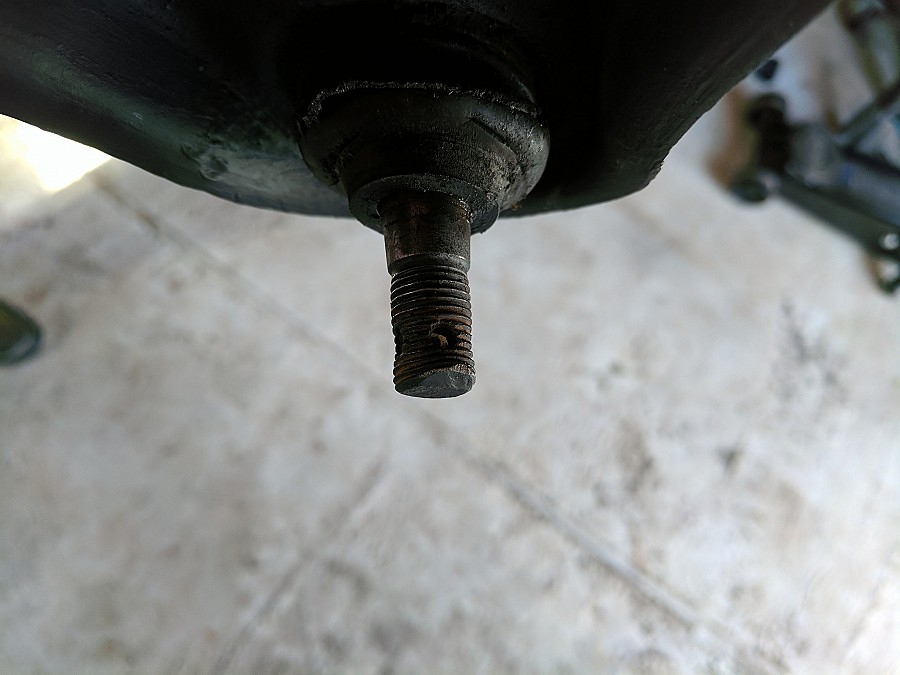 You screw the threads up. And that means replacing the whole ball joint. Fortunately, MX5-Parts now stock these upper ball joints as a replacement part, as previously you had to buy a whole new wishbone as Mazda/Miata did not sell the ball joints separately. The old ones are pushed out using the trusty press and receiver. No one appears to have a method for removing these without the application of a lot of force. 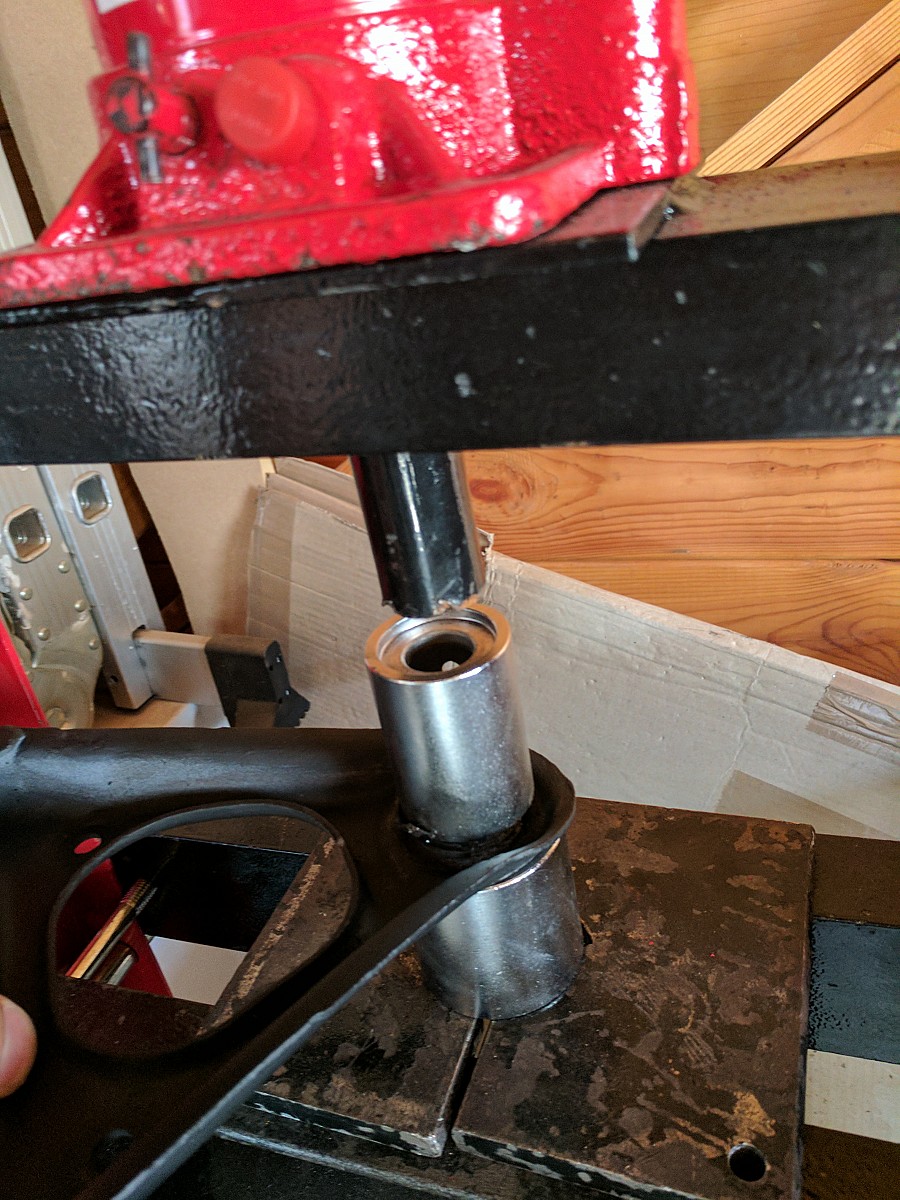 As you can see, the unit is not held in place with anything, other than force and these corrugated edges. 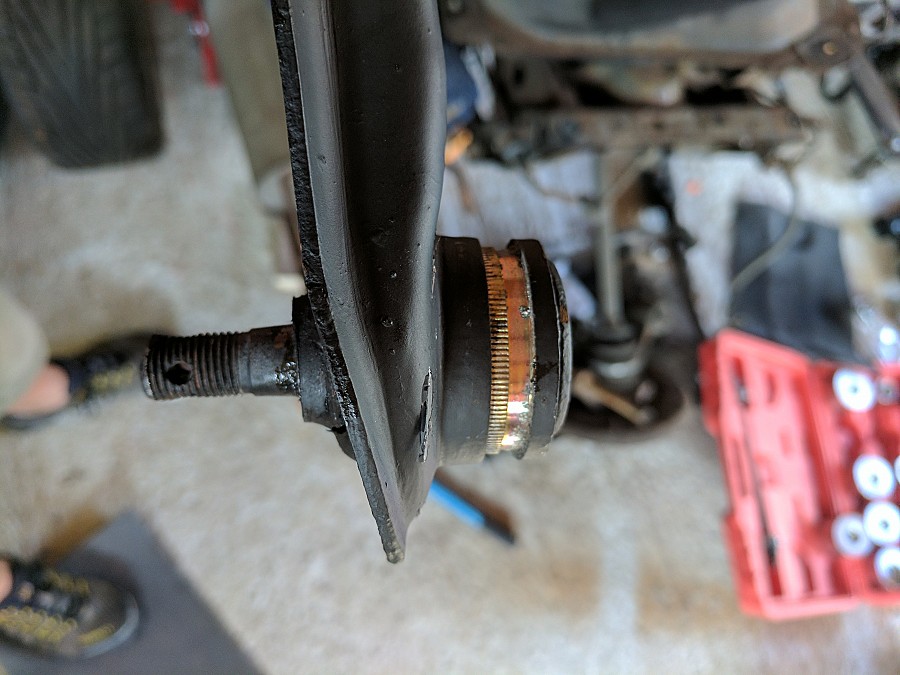 The final pushed out parts can now be replaced with new, higher spec part made by IL Motorsport based in Germany. As we are now replacing the bushes, brake pipes and ball joints, we would have preferred to have saved the ball joints (and the money) but, since these are going to be on show in the new body, at least they will all be good looking parts. The rubbers of these ball joints was also perished, so, I suppose we killed two birds with one stone at least. 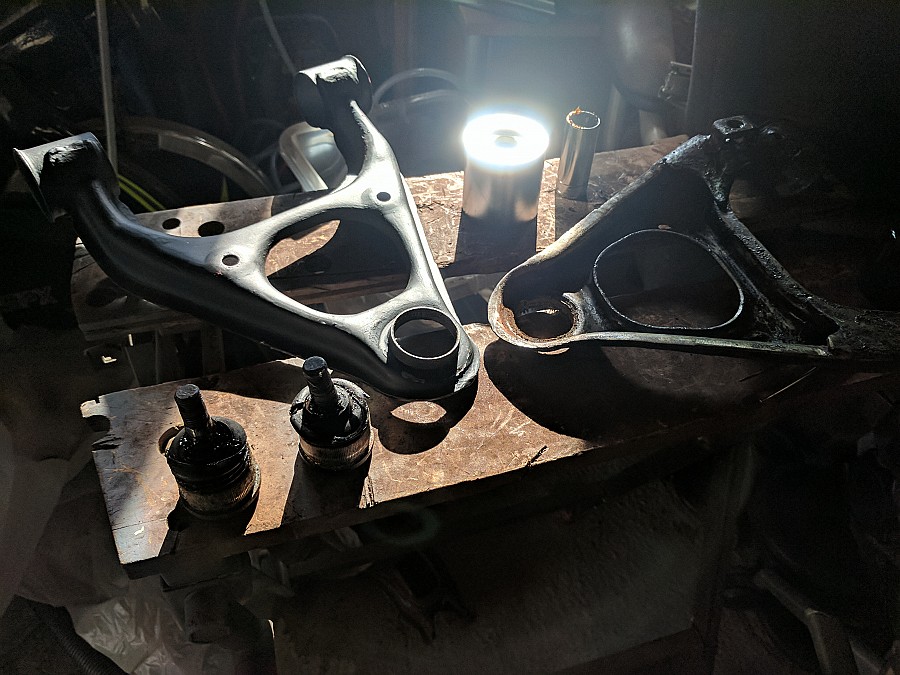