The astute amongst you will have noticed that this is not an Mx5. It is just somehow subtlety different, something about the styling, little creases here and there, the ride height… if you look very carefully, you realise this is a Freelander 1.

This was purchased as a tour car to be driven around Europe for a few weeks and then most likely sold off. It was purchased for £800, private sale, all electricals working but with the usual gremlins that kill off these early 2000’s attempts at building a luxury Chelsea tractor.

The biggest issue is around the VCU or Viscous Coupling Unit. This sits halfway down the prop shaft, with drive coming in from the front, and exiting the rear. The aim of such a device is to create a non permanent link between the front and back of the vehicle so that the wheels can turn at different speeds without anything snapping.

As the name suggests these devices are filled with a liquid, in this case a Dilatant or Non-Newtonian fluid which becomes more solid the more force is applied. In a Freelander this is used to detect when the rear wheels are encountering more resistance than the front wheels, and allows more power to be transmitted to the rear.

It does this by using a series of alternating plates attached to the front and rear shafts. These plates do not touch, but use the liquid to transfer power Between the plates.

When both shafts turn at the same speed the fluid stays thin and transfers a relatively small amount of power. If one set at plates turns more slowly, for example because the wheels slip, hit a bump or loose traction, the difference in speed creates a sheer force which results in the liquid stiffening. In turn the stiffer liquid transfers more force to the stopped wheel, hopefully getting it going going again.

There is a natural life span of this liquid and eventually it cannot go between its thick and thin stages, it stays permanently solid and if left this way starts to damage the differentials and transfer units. The quickest way to do this to a Freelander is to have different sized tyres, which results in the front and rears Turning at different speeds all the time. This wears the VCU out during normal driving.

When this happens the prop starts to skip and jump, resulting in a colossal banging as the shaft vibrates all over the place. This often happens during low speed turning, as all wheels are moving at different speeds.

The simplest “fix” is to just remove the prop shaft and VCU making the vehicle 2 wheel front drive only. Apparently this improves fuel economy, though I’ve seen no figures to show how much difference this makes. Short term, this gets you back on the road. 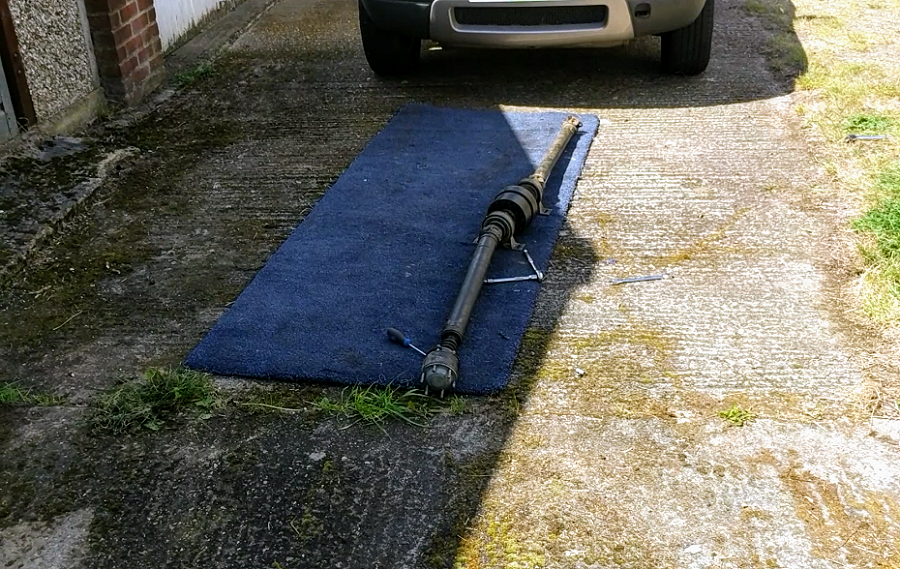 You can replace the shaft with a used shaft by undoing 14 bolts and doing a direct swap, but as all of the donor vehicles out there have the same problem Im not convinced that any of the replacements will be in a better condition. The seller of our vehicle claims to have replaced his less than a month ago, but clearly got a pre-worn one. 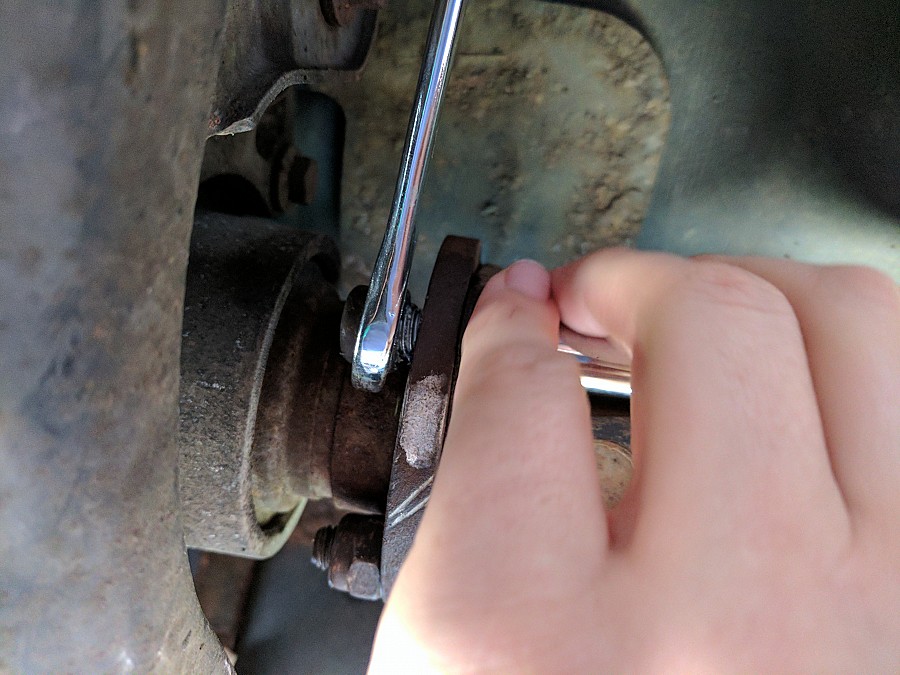 The last option is a reconditioned unit in which the liquid has been replaced, freeing up the movement again. The plus side is that this is likely to be the most complete repair you can do. The downside of this is that you need to dismantle a 18 year old prop shaft which has been slung under a car for 80,000 miles.

And this long post explaining all of this is my way of persuading the other twits that my purchase of a 12 ton hydraulic press was an entirely sensible thing to do….