Last week, we managed to get the monocoque off of Car-Daver. It lifted off quite nicely, but we now have a giant chunk of steel sitting in the garage that needs to be disposed of.

In Ideal circumstances, we would have a trailer and lift it on, dragging it to the local scrap yard or similar. Annoyingly none of the local firms have anything big enough to pick it up and need the whole thing to be in smaller parts. 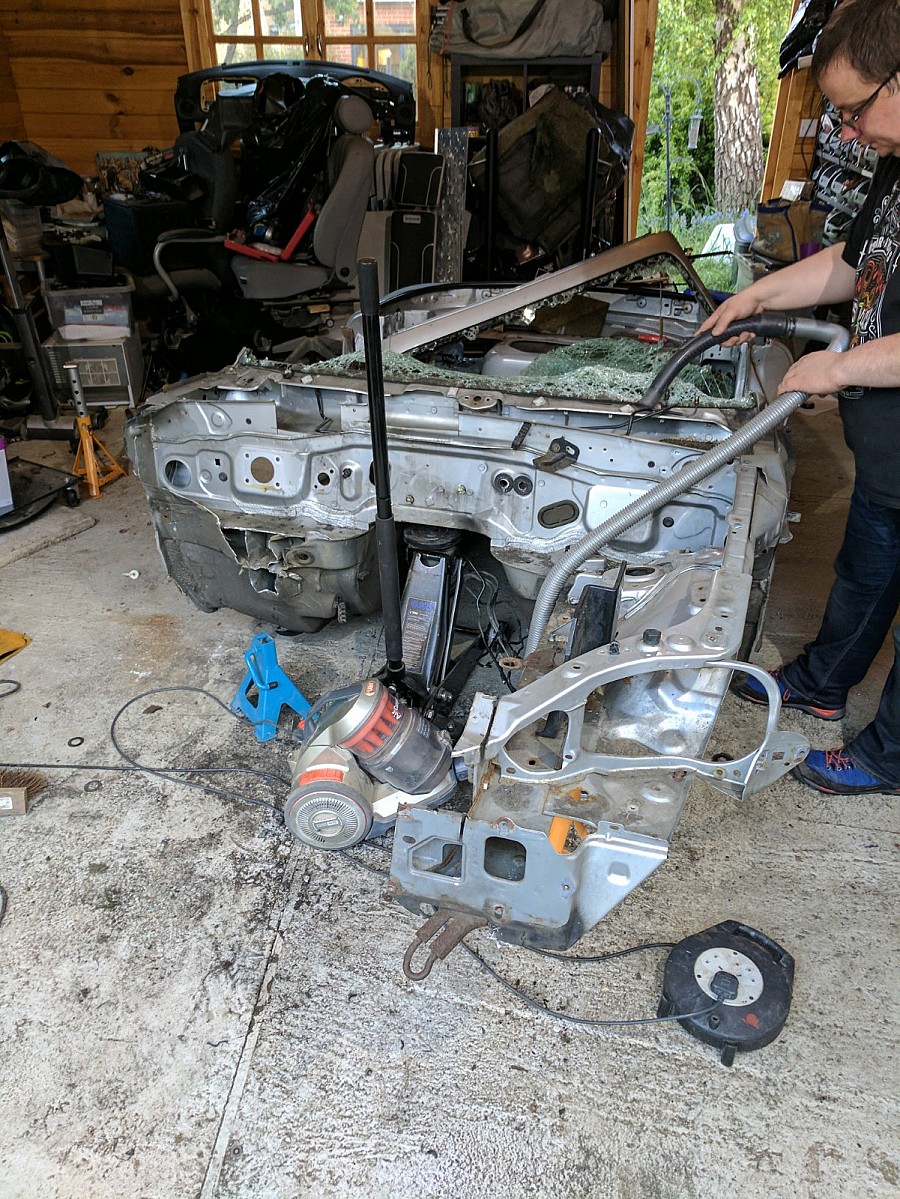 We cut the first chunk off the front using an angle grinder and a 1mm cutting disk, and also took off the windscreen. This took several disks and a lot of force as the disk could only cut through the outer skin. Where there is an inner skin, the disk just didn’t have the reach. 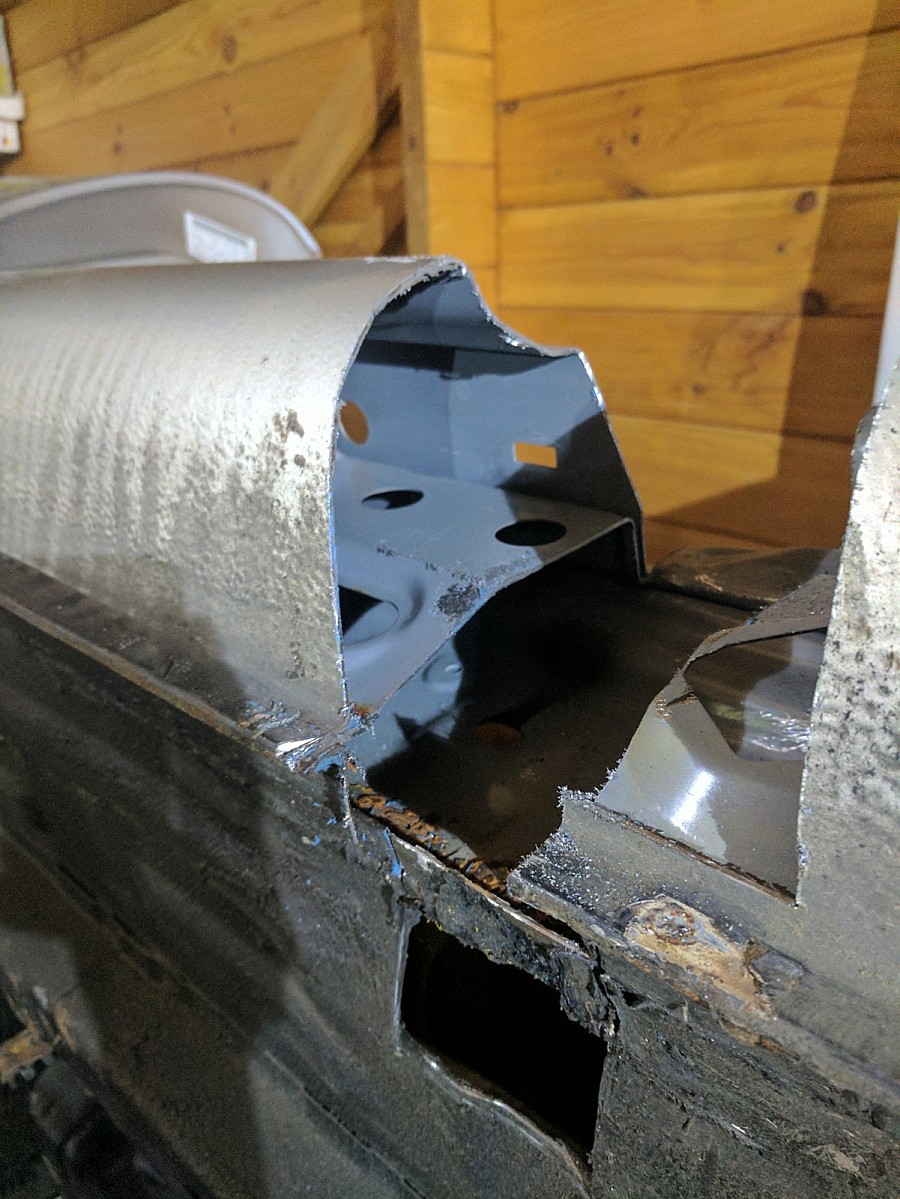 There are several areas of the body where there are multiple layers, such as the sills but the base of the car is relatively thin. For now at least we can cut through here with the reciprocating saw to get the car into two pieces, then cut this into some smaller chunks. 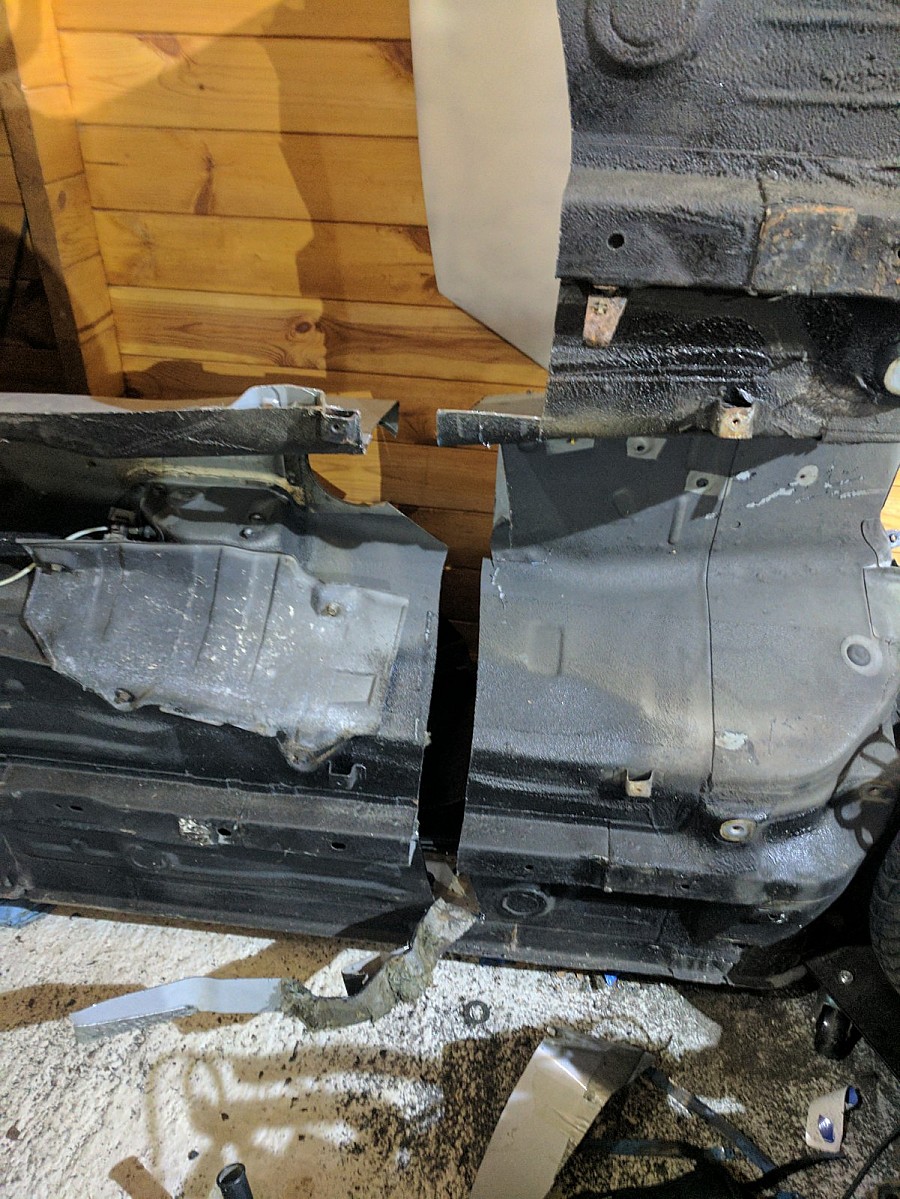 Once some more saw blades arrive at least.