After a couple of weeks of fettling and lots of what felt like “minor” adjustments (Remove this cable, remove this bolt, de-pressurise this system without any power and hope it doesn’t explode in your face etc) we suddenly found ourselves removing the 14 bolts which attach the monocoque “body” of Car-Daver to its roller skate and promptly realising that without an engine hoist, we had no good way of lifting the body off.

That didn’t stop us as we had a spare couple of rugby players laying about…. No, seriously one turned up halfway through our day and the Wookie used to play as a prop for someone so that became our chosen approach, in contravention of all good guidance on Exocet builds.

Our first steps for the day was to remove the shock absorbers, remove the final brake cables and the fuel lines. When we stopped for lunch, we looked at the list of “things to do” from the Exocet guide and realised it might actually be time to remove the monocoque, which was worrying as that felt like something we would do weeks from now, so we went and emptied all the tools and spare parts out, and off we went. 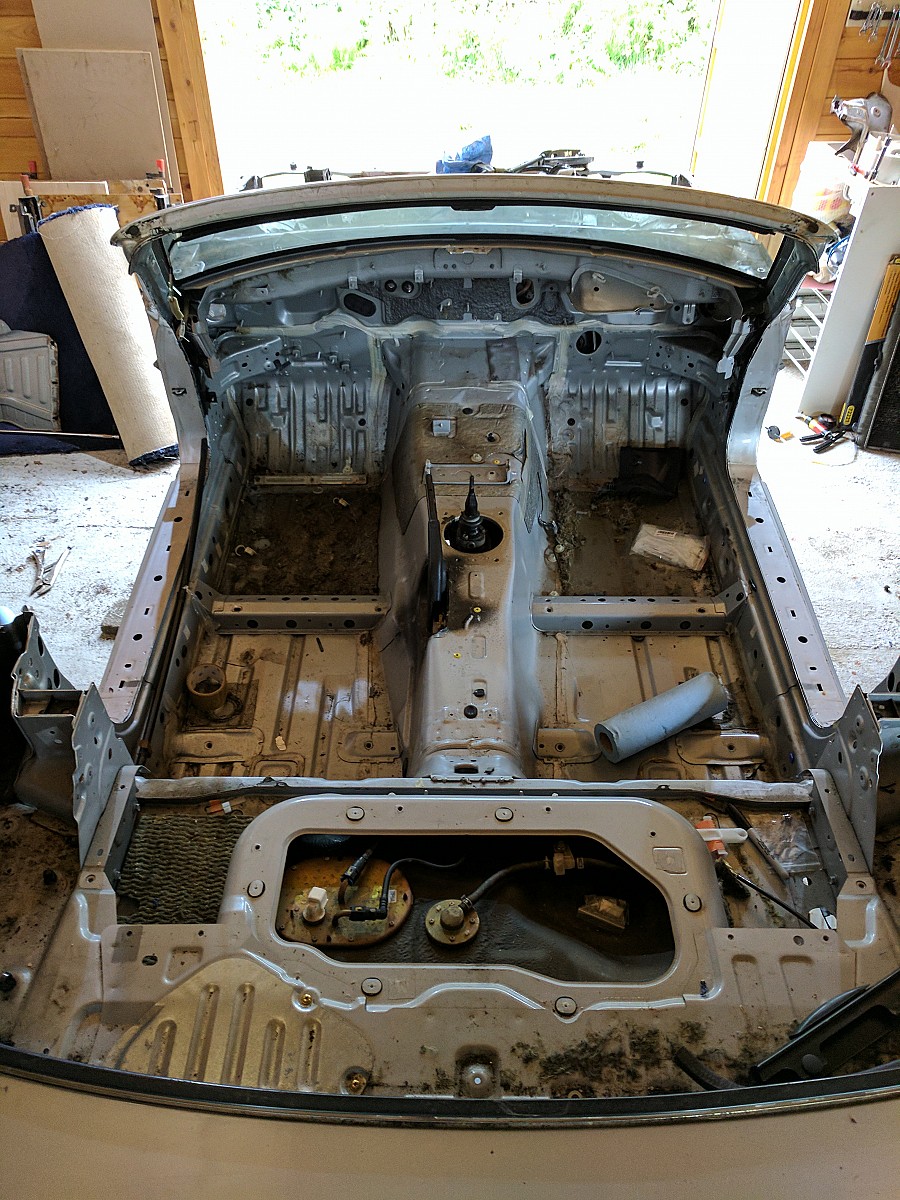 Surprisingly the “body” of a Mk2 is held on with only 14 bolts, 8 at the back, 6 at the front. These are notably very long. 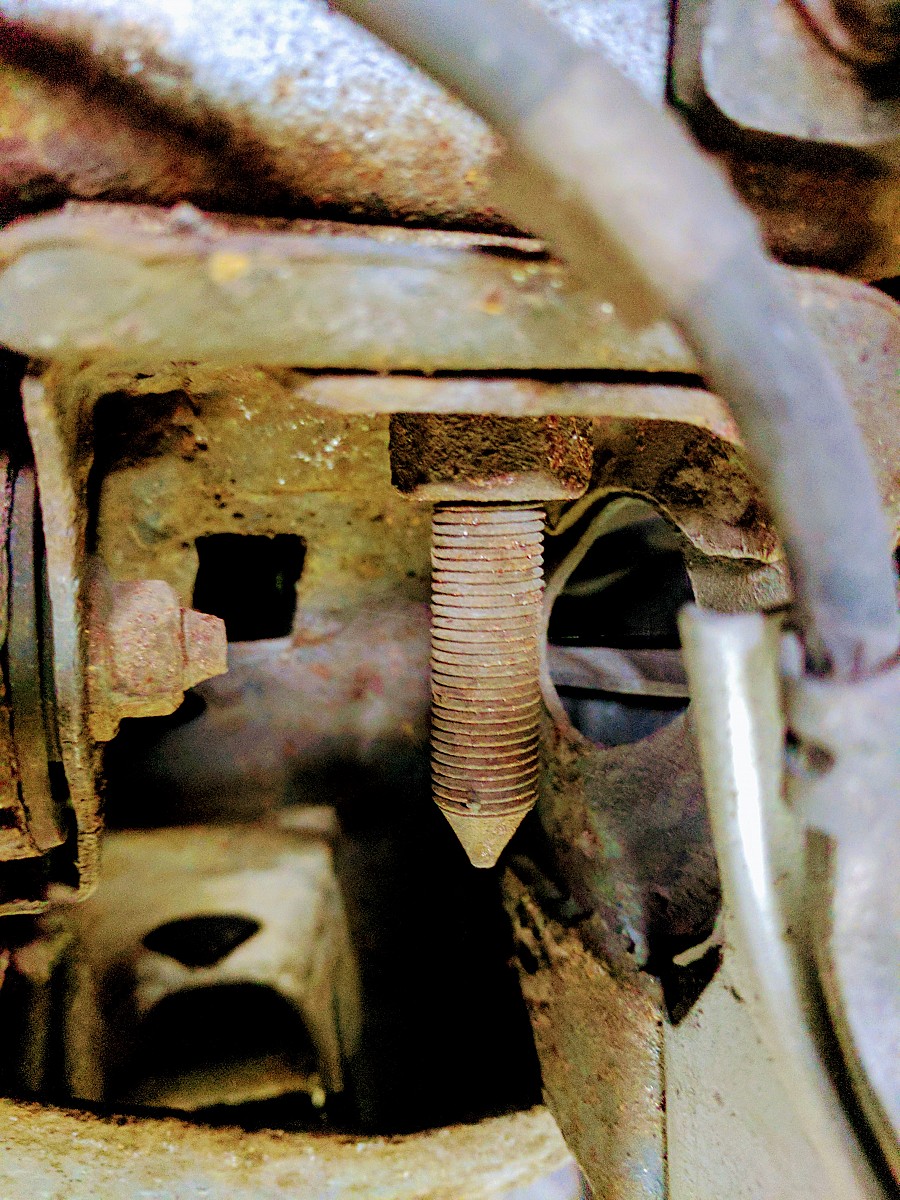 And when they are as “experienced” as ours, they take a lot of working with a long the wrecking bar to remove. This gives you a lot of appreciation of ratchet handles, when you can only turn a bolt 1/4 of a turn before you have to reset the socket. Many other builders of the Exocet report that they needed special chemicals, heat, or angle grinders to remove these bolts but we managed this with a long bar and some sweating (Okay a lot of sweating. The socket had heated up noticeably by the end, as had the Wookie) In this regard we were lucky as our fuel tank is still in the monocoque and when we turn it the right way, we find a little bit of fuel leaking out which made us cautious of taking to everything with an angle grinder. Being able to manage this with just hand tools was great!

The issue we had was that without an engine hoist, lifting the body clear of the chassis and the wheels was, at best; awkward. We had a series of good quality jacks and axle stands which lifted the body off of the running gear and main spar, but the wheels were hitting the sills as we tried to roll the skate out.

We cute the front supports out first so that the highest point, the engine, was clear. 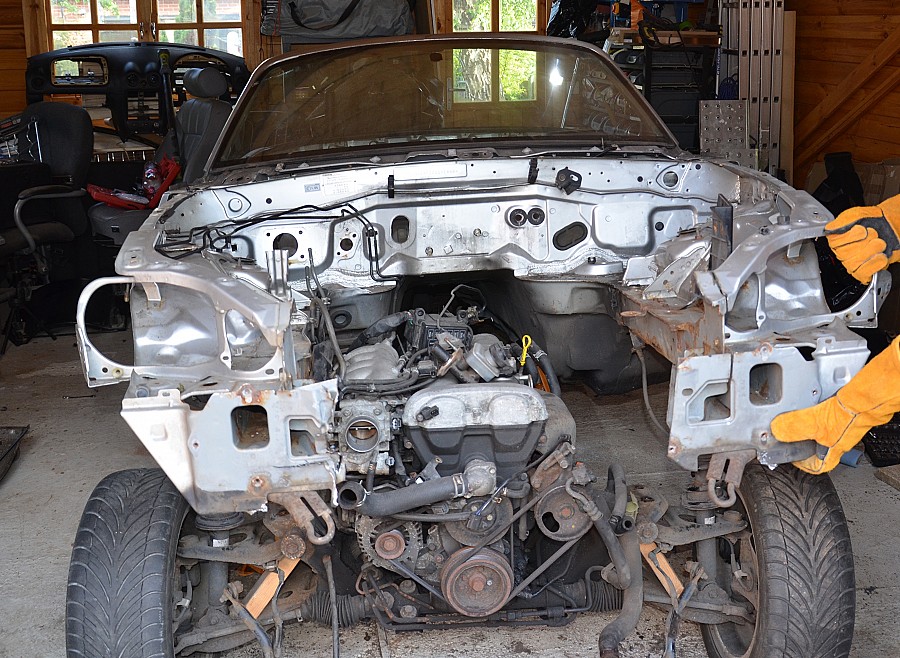 and lifted the back of the body onto a WorkMate style bench, then added additional chocks and bits of wood to raise the height of the body, using axle stands part way down. When the wheels reached the axle stands we manually lifted the body up at the front until eventually we rolled the skate out from underneath.

The result was good. Or at least it looks like a clean separation for now. The proof will surely be in whether we can get it to ever actually work again. 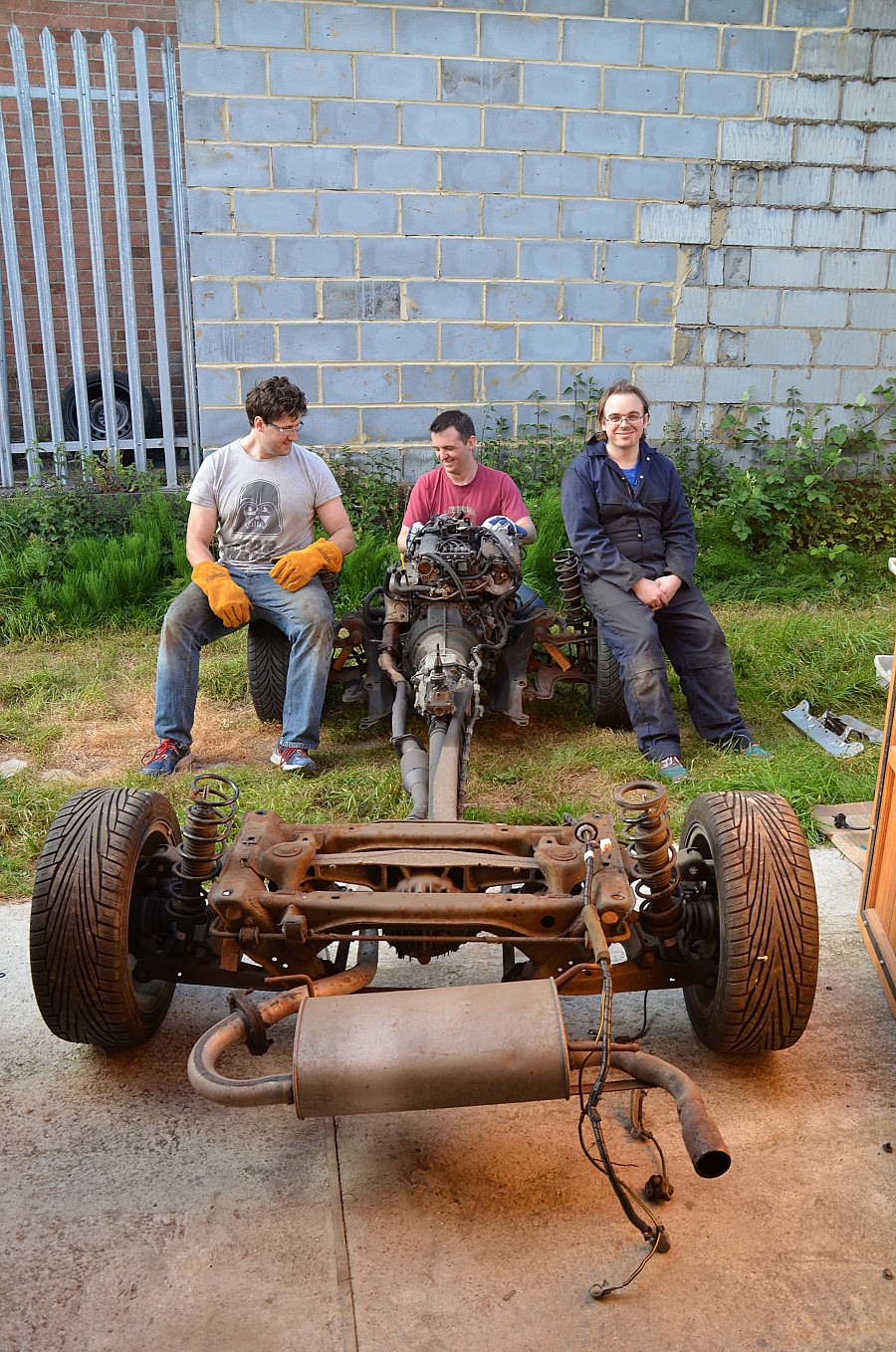 The body still needs to be disposed off 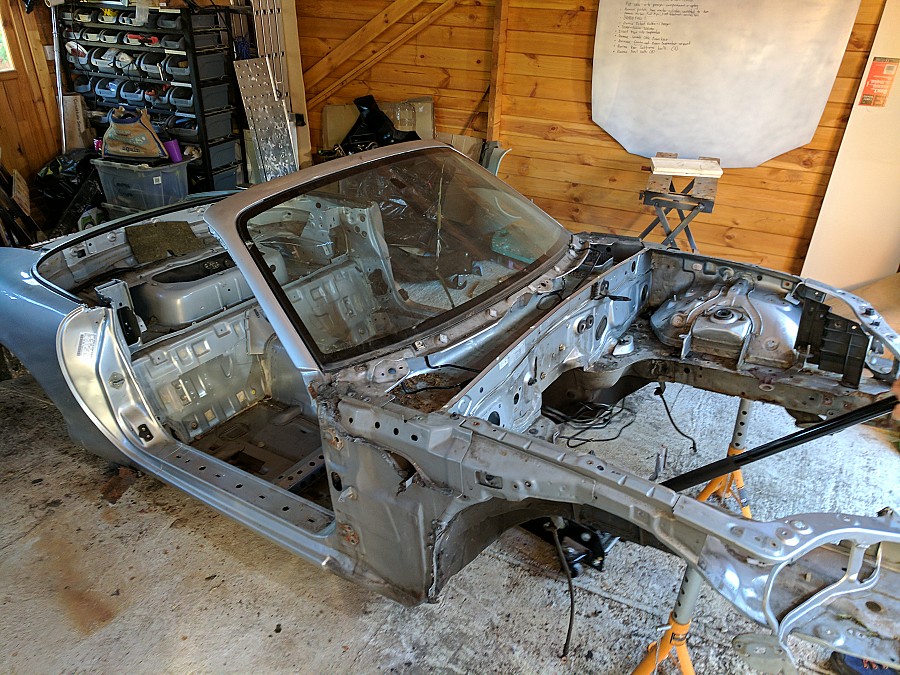 and whilst it is light enough to be dragged around, it is a right royal pain to cut up. I might invest in a reciprocating saw…