If you haven’t already, go read Mikes post about our decision to go without ABS on the Exocet.

In Mikes post he explained that the MX5 has a 3 circuit brake system. The braking force is shared between each front wheel (2 circuits) and the rear wheels together (1 circuit). This makes sense as the front wheels have the most grip under braking as the weight shifts forward.

The non ABS cars also have three circuits, however rather than using electronics the braking force is split using ‘proportional valves’.

To remove the ABS we just need to add some proportional valves and swap to a compatible master cylinder and we’re done.

For an MX5 there would be some extra work relocating hoses, but for the Exocet were fitting new hoses so it’s simpler.

For anyone wondering we think the master cylinder, brake circuits and hoses are connected according to the following diagram: 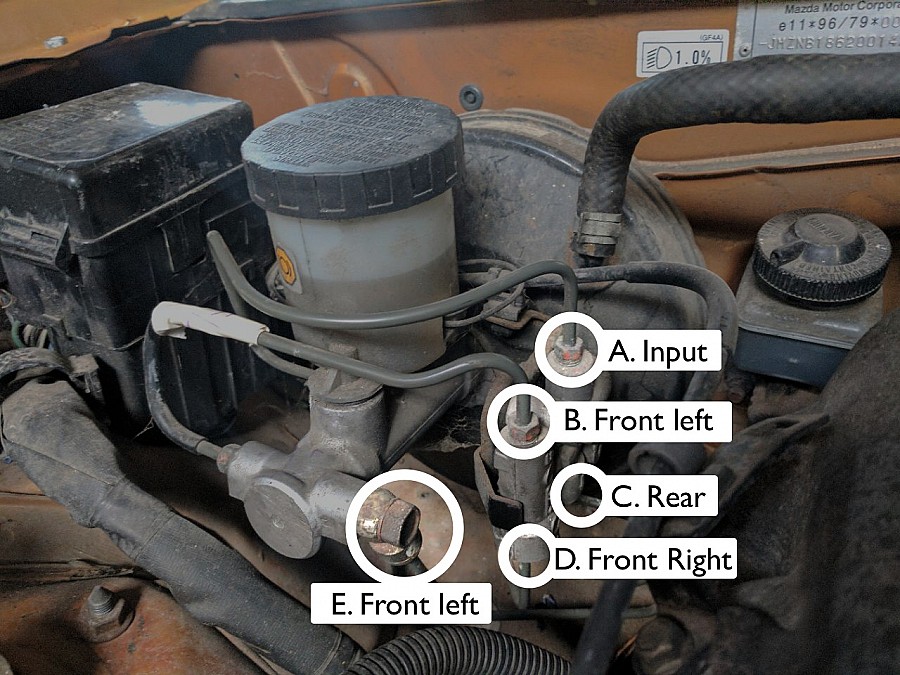