It is fair to say that ABS has come on a bit since Car-Daver was built in 1999. The existing 3 channel system which is fitted is certainly not the best that is available and in general on a track car ABS is considered to be a bad idea.

We are fairly keen to avoid playing about with what is a fairly substantial safety feature, but also ITS CONNECTED TO THE BRAKES!?!?!?! Twits or not, we realise the importance of such things.

So here is our understanding of ABS, how it works in Car-Daver and what we plan to do.

What does ABS Do?

ABS systems use a sensor on the wheels to detect the speed of each wheel relative to the others. Where one wheel is moving slower than the others, the ABS will release the brakes on this wheel and allow it to rotate freely. When this happens at the front, you regain the ability to steer and thus, avoid the thing you are braking so hard to miss. 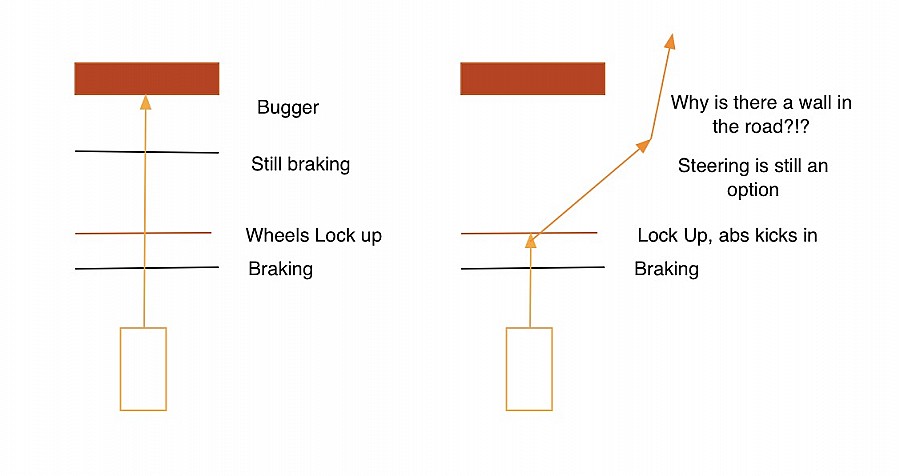 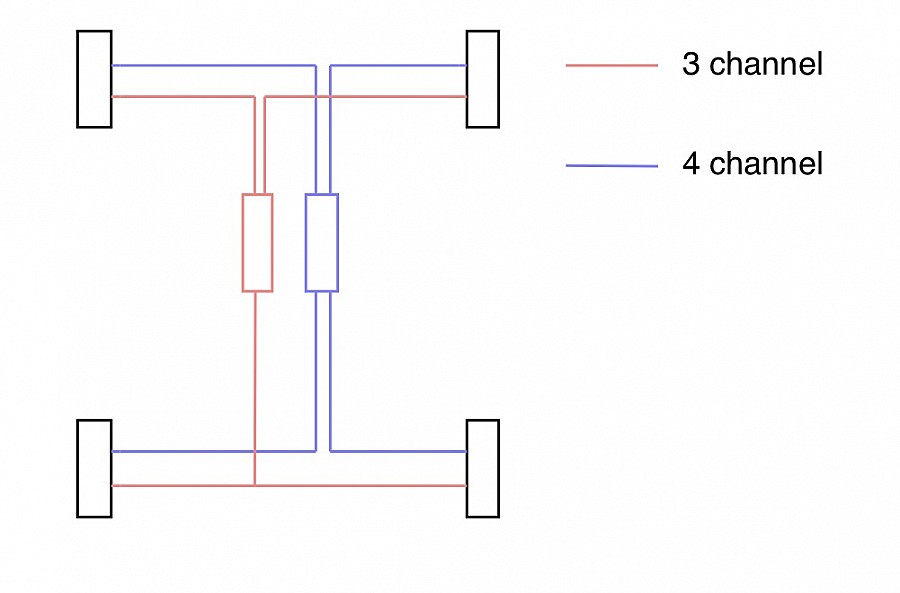 On Car-Daver when one rear wheel locks up, ABS will kick in and the brakes will release on both. This is fine assuming that the driver has dropped the clutch and is not still applying power anymore which, on the road is likely. On a track however, you aren’t aiming for an emergency brake, you have likely just over egged it and will want to get back on the power and resume the race. As a result, the clutch might still be up and power still heading for the wheels. A sudden releasing of the brakes by the ABS will just make things worse.

Whilst ABS systems have thresholds and are predictable most track drivers prefer to cut the system out entirely and rely instead on applying threshold or cadence braking themselves. The plus side is that you remove some weight from the car by removing the ABS module and some pipework, as well as the ABS sensors from the wheels. 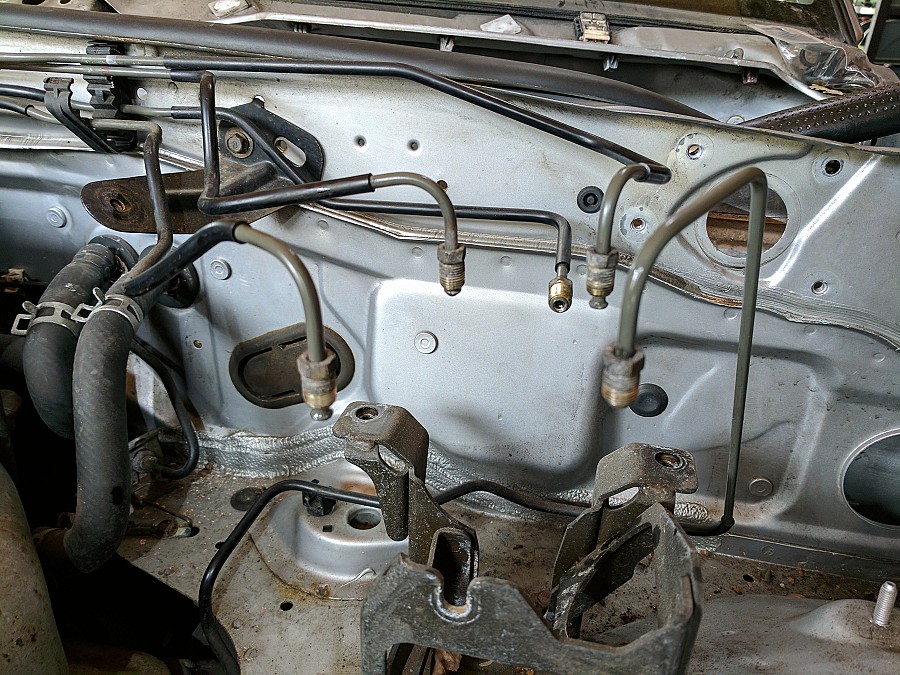 Its also less “stuff” to go wrong. An ABS warning light on the car is an MOT failure, if it is fitted and if the car is meant to have it. If ABS wasn’t there for the original registration or the IVA, it cant fail.

The instructions, guides and everything else for the Exocet all suggest removing the ABS to make life simpler. You dont need to make as many brake hoses and for track use its easier to get the hang of. There is also no mount for the ABS unit in the Exocet, so it saves making one.

Overall, we have decided to remove the ABS, copying what is in Ermy. More on this from Jamie who spent the afternoon examining Ermy and her proportioning valves…