We went to Stoneleigh today for the National kit car show, as when we called MEV about the Exocet and asked about visiting them to see one, they said they were going to be there. Two birds, one stone, we thought this would be a good opportunity to go and view one, chat to the builders and choose from the options list.

We could also go and see what else was on the market and work out if we were going in the right direction. The last thing we want is to build the Exocet and then find that there is a lighter, cooler, easier to build kit for half the price.

Fortunately enough, we are sticking with the Exocet (given we are halfway through stripping the donor). We Looked at Westfields (Eye wateringly expensive) 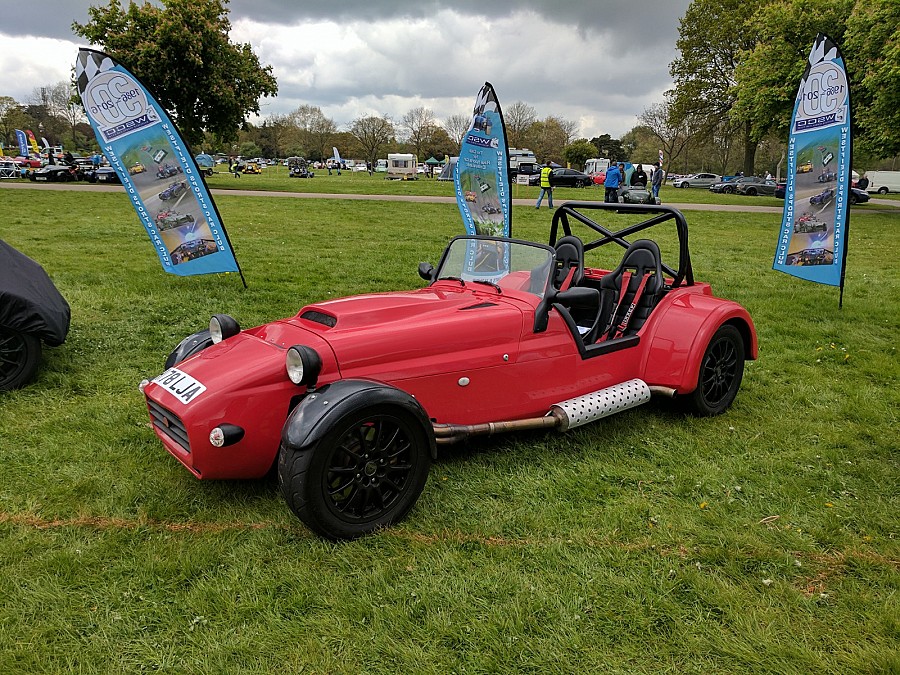 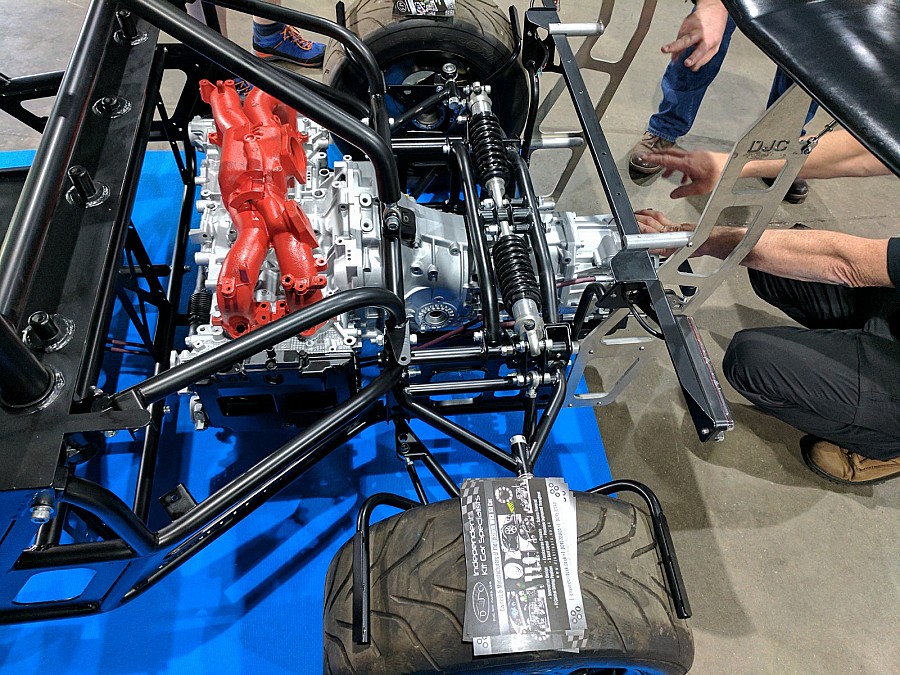 There was also this awesome little thing that used a motorbike out the back to make a trike. Maybe for the next vehicle…. 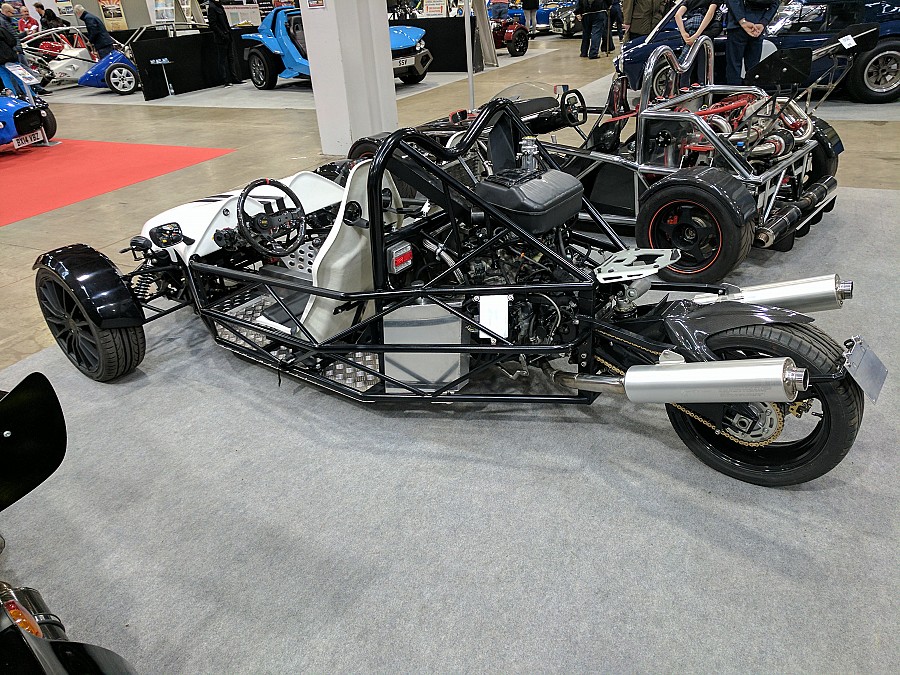 Overall the Exocet seemed like a good balance of affordable and road legal, with Julie being particularly helpful and explaining that the rear wing not only looks silly but is also useless. Bonus, no need to spend £300 on that add on.

The owners club had been around and we saw the last few, but by Sunday afternoon most of them had setoff for the drive home. I cant say I blame them as it was raining by this point, But we did manage to see our first one in the flesh and speak to the owner, who was packing up a (sparse) camping setup ready for the ride hime. He conceded it was no GT, but with some double padding the GRP seats were fine. 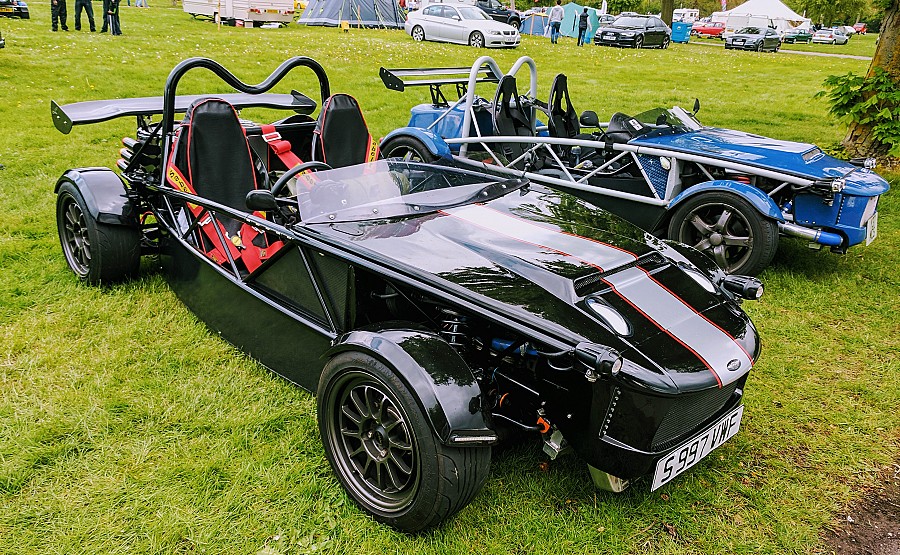 So our kit ia now on order, and all being well within the next 8-12 weeks we can go and collect it. We had best get on with stripping Car-Daver I guess.

A bit more from jamie.

Quick post this evening from me (jamie) to mark a big turning point in our build. Today Wookie and me went along to the National Kit Car Show in Stoneleigh and met the lovely MEV people and ordered our Exocet kit!

We spoke with Judy and she was really really nice. We chatted through the options on the form and we decided on a Orange chassis with Black panels and black seats. The kit should arrive in early July hopefully! 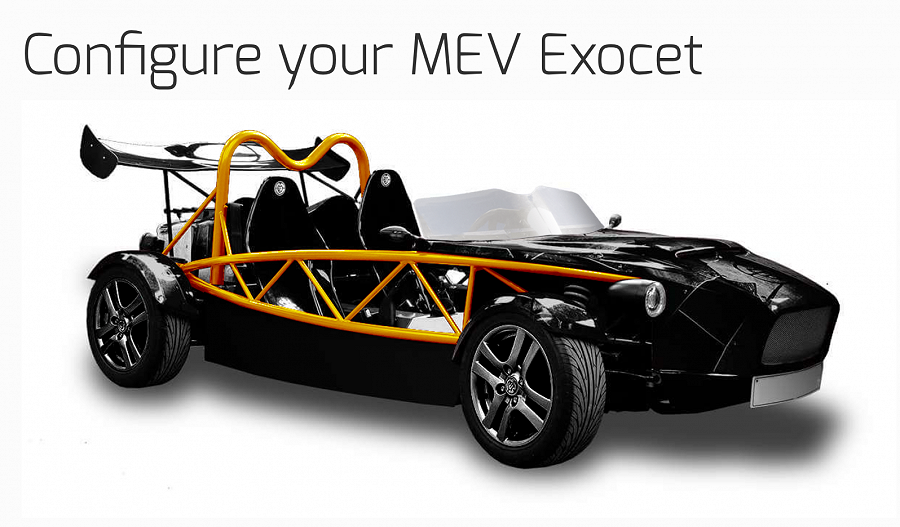 Wookie and me are super excited. The rest of the show was interesting, but ordering the Exocet was our main aim and it was amazing to see several in the metal.

As we walked around we noticed that most of the kit cars are really expensive. £20-50k is a lot of money. The exocet kit is costing us around ~£4500 and as we are paying half each that works out to a bit of a bargain!

Enough writing for me today, time to go get a long bath. Walking around a show with a torn ankle ligament was not the most comfortable thing but well worth it.