Despite costing only £200 and having sills you could see through, Ermy passed her MOT first time. Well done her, all that time studying the Haynes manual must have paid off.

One thing that was noted though was a slight oil leak. Being an MOT you don’t get a lot of information, just that it’s an issue. We removed the sump guard and shone a big light in and got searching. Then removed the radiator, then all of the plastic covers and tried again. Then swore, removed the alternator, power steering pump and belts then finally found a crankshaft seal at the front that had not been fitted flush. This was creating a slight leak. Not enough to kill the engine but certainly enough to write off an 18 year old car. £3 seal, £300 bill for labour, coolant and replacement belts etc. 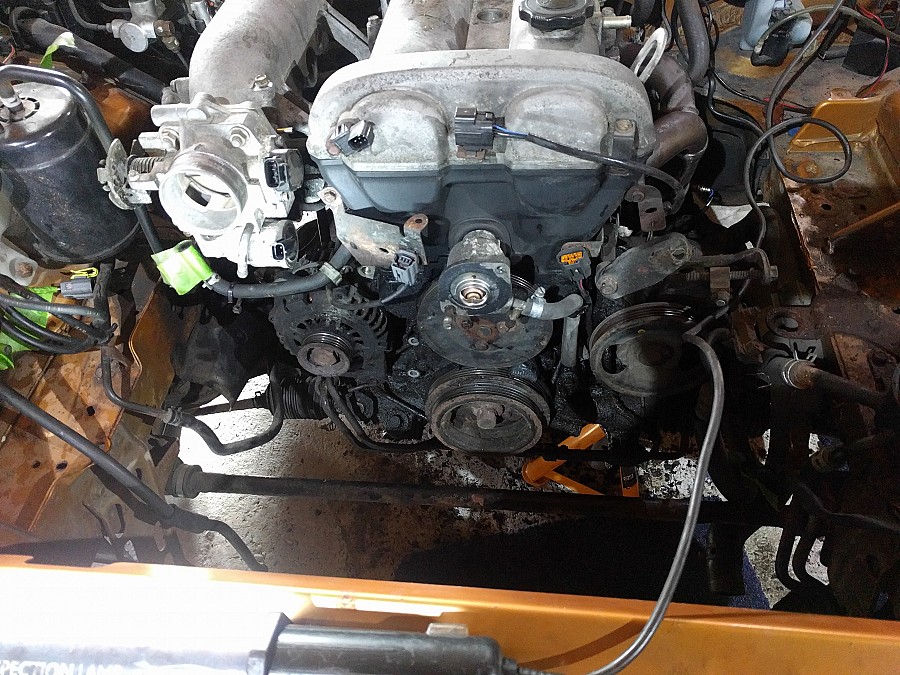 The worst part about this seal was that to get to it involved removing the crankshaft bolt, a very specific 21mm bolt sitting at the front and centre of the engine which holds the timing plate in place. It is attached to the crankshaft and once all of the belts are off, rotates freely unless the engine is in gear. At this point it turns until the gears engage, torques up the rear differential and eventually transfers energy into the rear wheels.

If the car is not chocked down or the handbrake is a bit loose the car starts to roll forwards, running over the person turning the handle. Which totally didnt happen to us. Honest. Did we mention we are incompetent twits?

On a serious note, if the belts are not on at this point and you turn the crank bolt, obviously the timing at the crankshaft will no longer match the camshafts.

In our case this bolt was thoroughly rusted in place and needed a bit of work. Guidance online suggests a couple of ways to undo the sticky crankshaft bolt:

We gave up eventually and brought a very specific tool, shaped for the job which did it first time. 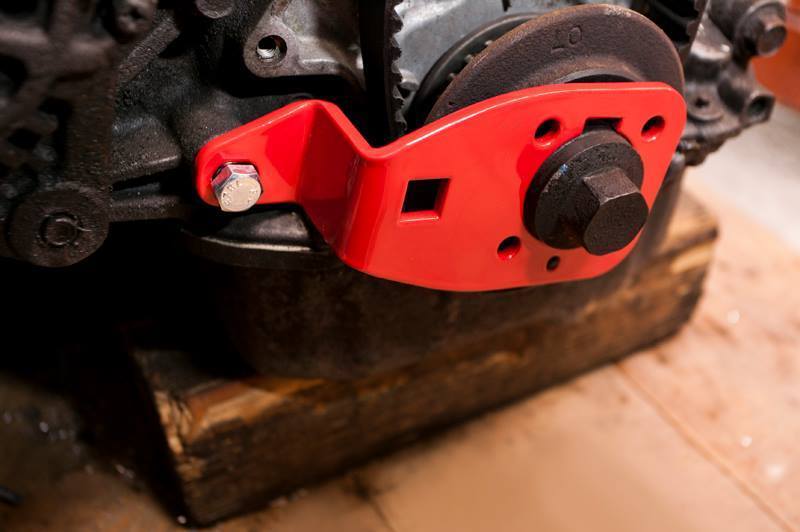 Final conclusion, there are a lot of options for removing those bolts, and a quick search seems to suggest that such tools are available for most vehicles. Im sure if you are a garage with air tools this is easier to do, but if you plan on keeping the car for a while, the tool seems to be worth a go, especially as it was sub £20.